This map represents the extent to which we have planned the route we will take at this stage—in that we haven’t.

We started in Alaska, and plan on driving to the bottom of Argentina. We plan to visit as many countries as we can on the way. Finances permitting we’d like to hop across to Antarctica while we are there. 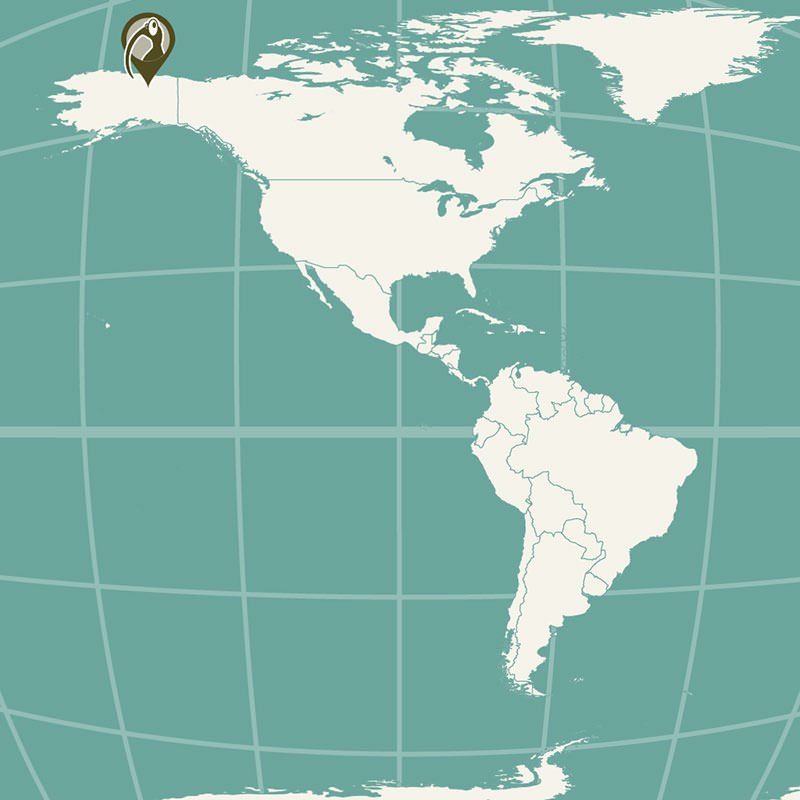 When we were initially pondering this trip at home, we had a paper map on the wall. Armed with some coloured string, we cobbled together a vague gesture at a plan: 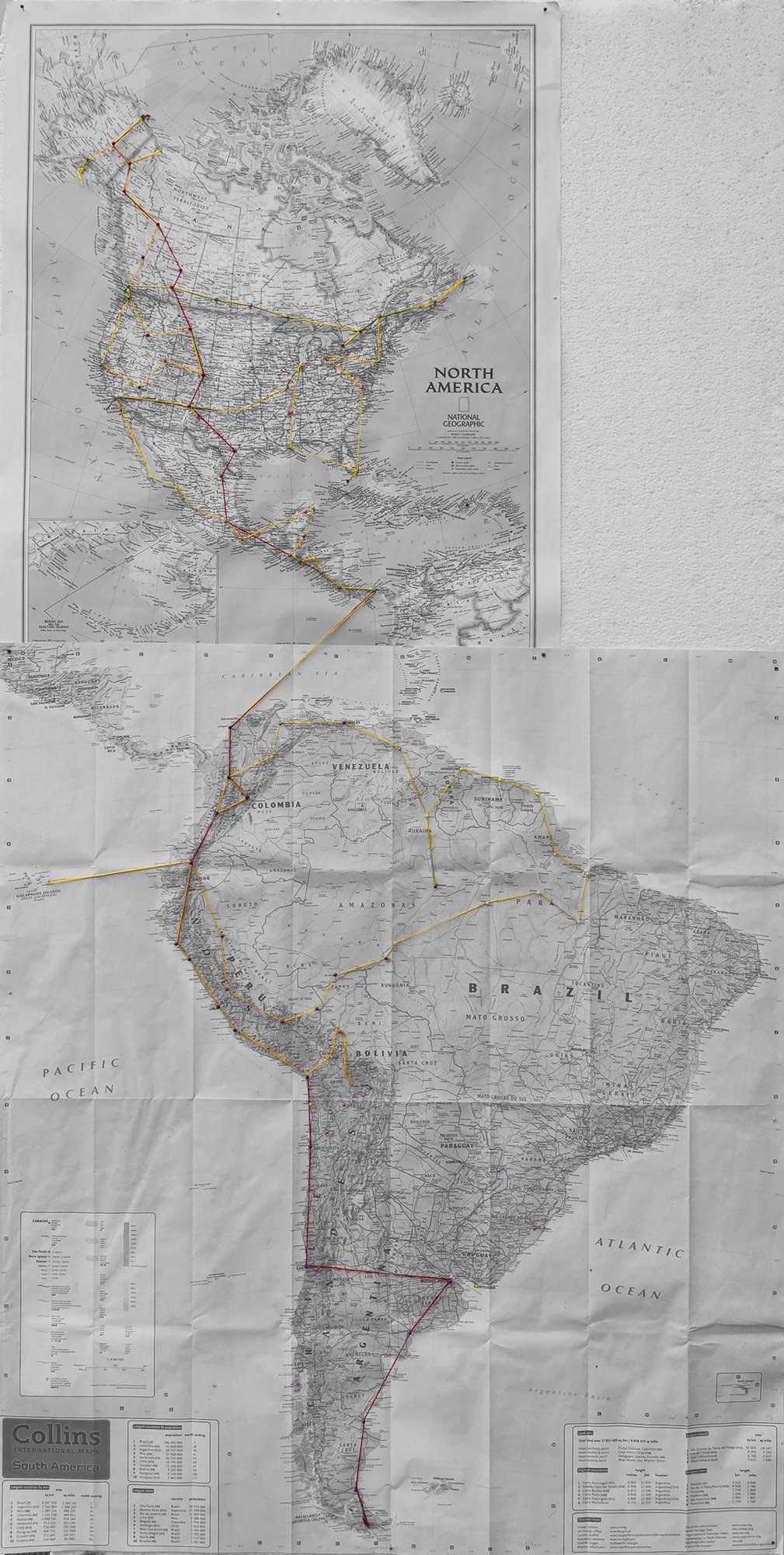 In terms of the actual details of our plan, they were still pretty vague. Ignoring the fact that our maps of North and South America aren’t actually of the same scale (Due to budgeting constraints)—The red string on the map is the somewhat ‘official’ route of the Pan American highway which we are sort of following. The Yellow string shows our vaguely planned route, but we ran out of string in Bolivia, so aren’t really sure what is happening from there. 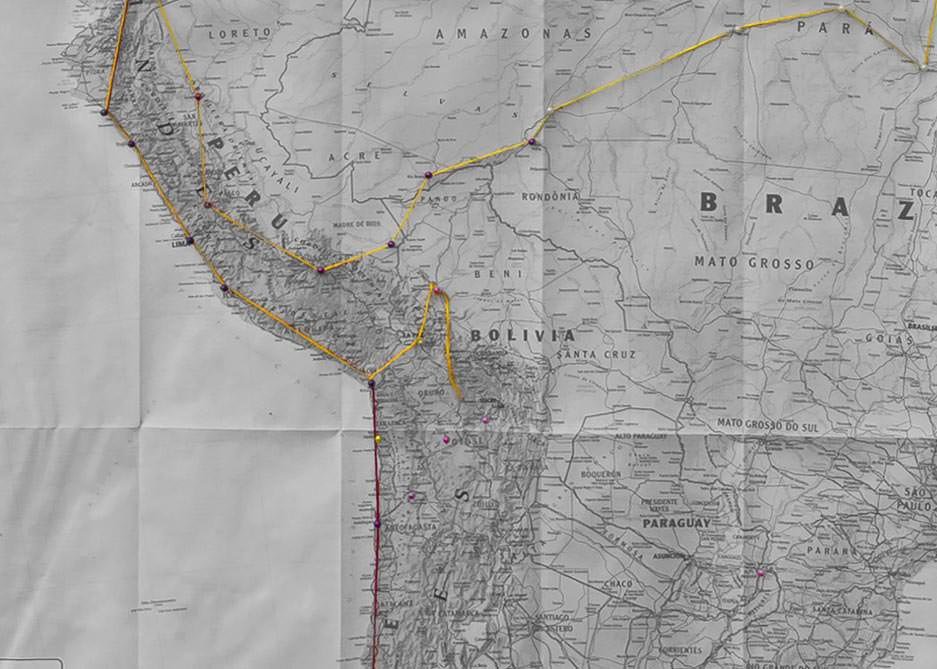