Beer, food and some sort of abstract aeronautical display 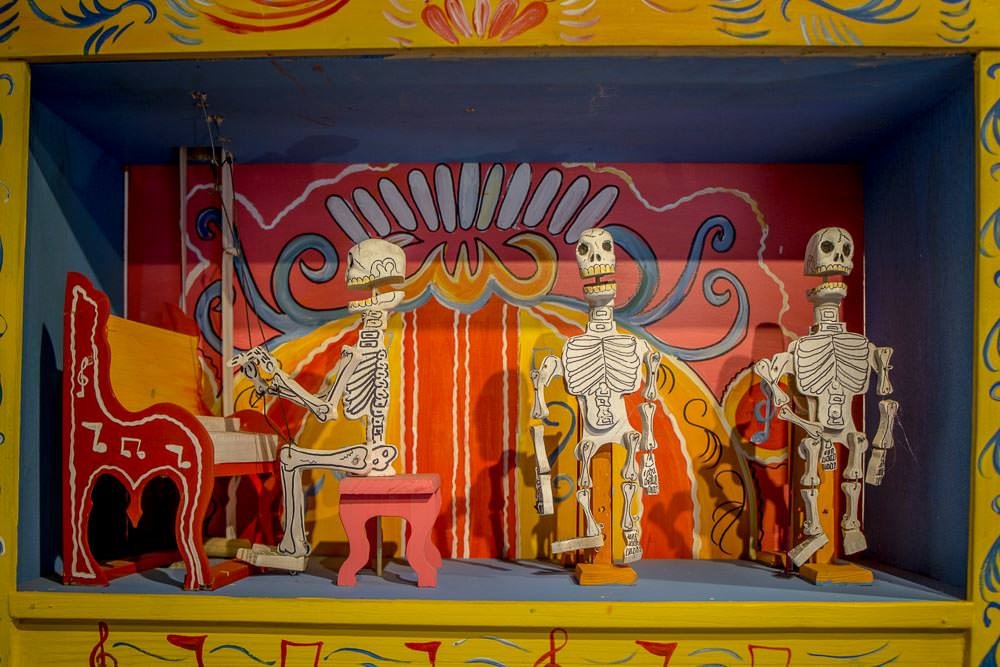 There isn’t much to report about our time in San Miguel de Allende.

It was a place where we finally did get to stop, relax, set up the tent and stop moving for a bit. We even got a little work done—how productive of us!

Luckily we took one or two photos and a video of some magical dancing birds to keep this blog post interesting.

In San Miguel, we spent our time at an awesome campground in the middle of town. Well, it was a campground and tennis courts combined. The benefits included some of the cleanest bathrooms in Mexico, hot showers, electricity and good company. As an added bonus, while we drank our morning cuppa, we got to listen to angry retirees passive-aggressively cut down their doubles partners who weren’t meeting the required standard. Hot showers and free entertainment? Book us in for a week!

The entrance into the local campground/tennis court.

The entrance into the local campground/tennis court.

Which is exactly what we did. Despite the pressing need to head south to Cancun for our impending flight to Cuba.

The campground was pleasant and within walking distance of everything we could need. Also, there were plenty of great people to catch up with. First Paula and John (Our Bigger Picture) rolled up one evening. Then we saw Simon and Karie (Our Road Life) a couple of days later. Plus we met plenty of new folk: Brian and Carley (Adventure or Nothing), Anne and Jerry, two octogenarians enjoying their 50th year of road-tripping through Mexico, Adam and Karen (This Journey We Call Life), Christine and James (City of Myths, River of Dreams) as well as even more couples and families travelling from France, Germany and Switzerland. Some of whom were just dropping by for a night or two, some who had arrived six years ago and never left. 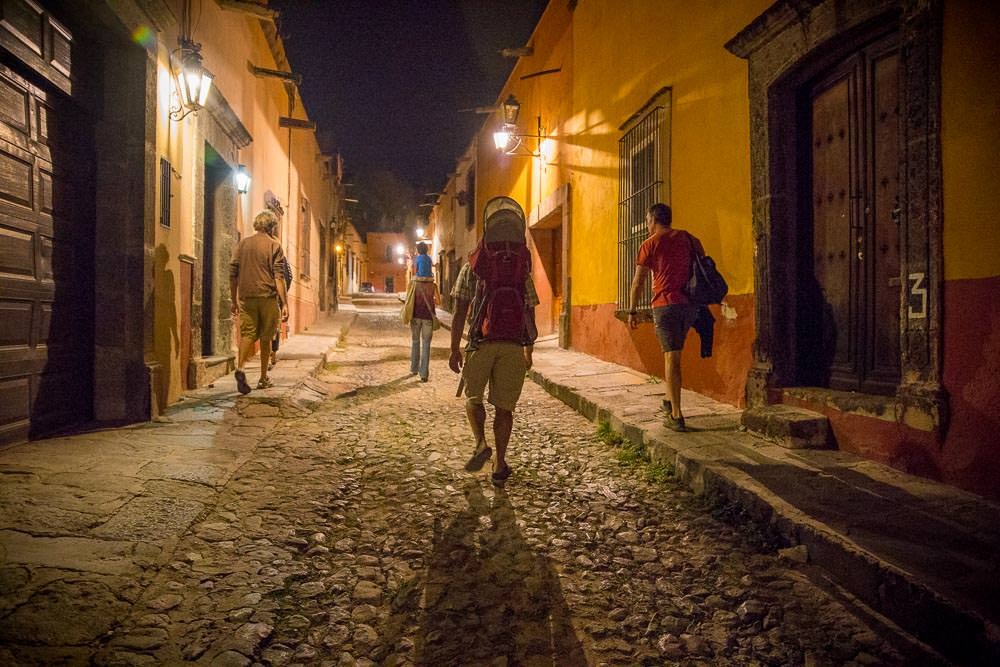 Walking home through town after a tasty dinner with Paula, John, Simon, Karie, Ty and Jamie.

We could see why, it was a comfy spot. 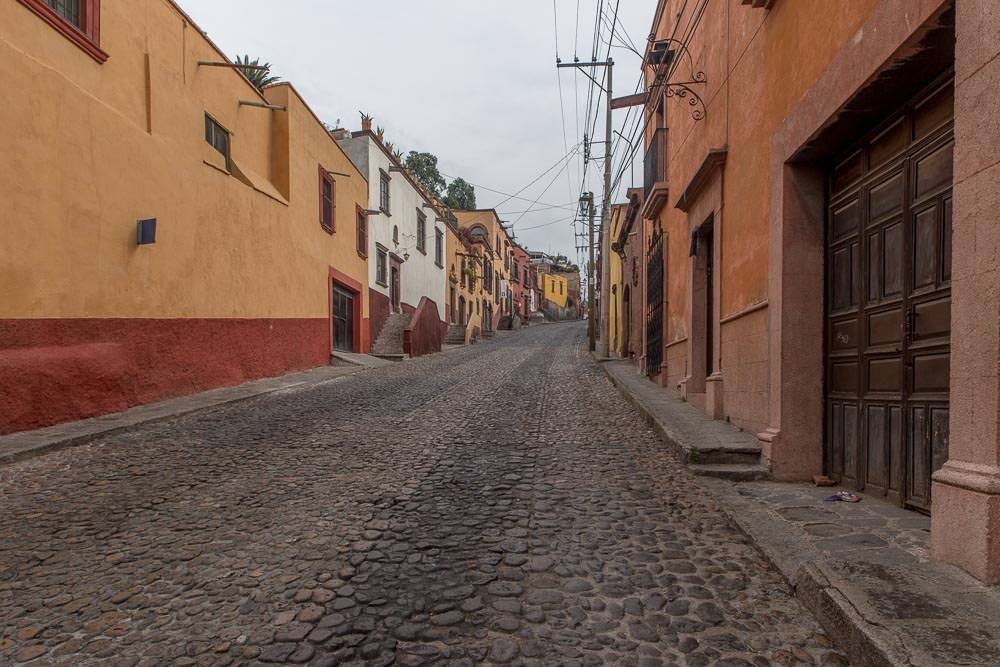 The town of San Miguel itself is another of Mexico’s colonial gems.

We probably should have absolutely loved it.

It wasn’t that we didn’t like it. We just didn’t find the same magic as we had in Guanajuato and Zacatecas.

San Miguel de Allende was a really nice town, there were several craft beer bars, even a local craft brewery. 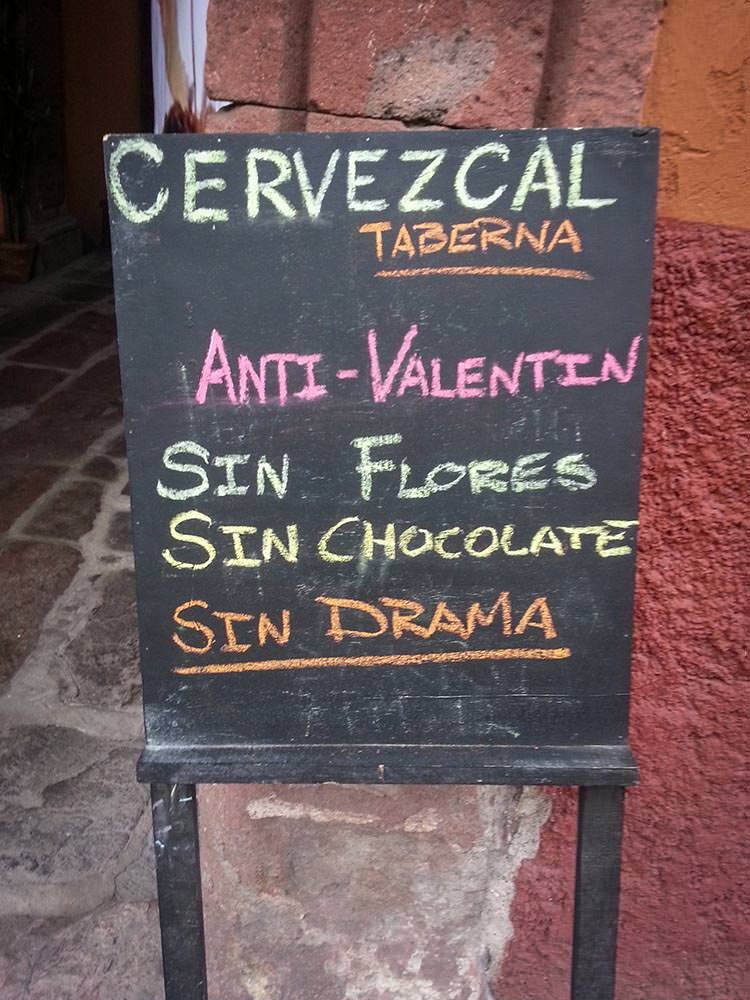 The narrow, cobbled streets were lined with brightly painted houses. There were churches, cafes, museums, galleries, stores and more. It was by no means a boring town and it was certainly a gorgeous spot to snap some photos.

The neo-gothic style church in the town centre

Fancy entrance tunnel that doubles as an optical illusion

Fancy entrance tunnel that doubles as an optical illusion

I’d fly on that plane

Not sure who this idiota is…

However,  coming from the barely holding together colonial chaos of Guanajuato, an hour’s drive away, San Miguel de Allende seemed a little tame. Everything was clean, neat, organised and picture perfect. 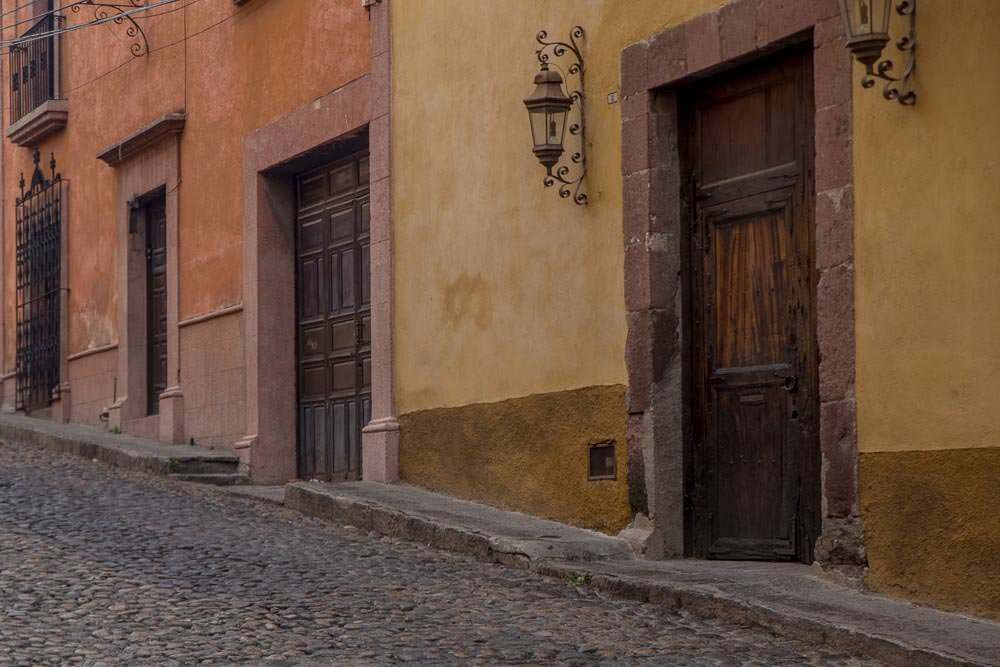 Guanajuato is bursting at the seams with art and culture, there was live music most places we went, tasty food on every corner, performers, artists and musicians busking throughout the centre of town.

San Miguel had these things too. It’s just that everything was just a little more organised, a bit more carefully planned an arranged. Music performances were less spontaneous. Street vendors were not as plentiful. Buskers were few and far between. Events were planned and scheduled, not random and unexpected.

Guanajuato, as a university town caters to a younger population demographic.

San Miguel de Allende however, as a popular retirement destination for US citizens, was full of a lot of people who we’re a couple of hip replacement surgeries further down the road.

In Guanajuato we ordered food we couldn’t pronounce, from street vendors of questionable hygiene standards at stupid hours of the day and night.

In San Miguel we patiently waited for the jugo shop to open so we could order a freshly blended juice with an added wheatgrass shot before dropping by the local cheese shop to buy artisan bread and nibbly cheesy things.

In Guanajuato we ate mystery meat tacos from roadside stands and jumped out of the way of passing cars between bites.

In San Miguel we popped into a local deli and ate freshly made tabbouleh and falafel for lunch.

It’s not like San Miguel didn’t offer any discount dining options—there was the nice lady who sold some of the world’s tastiest empanadas from the back of her car.

There was a fantastic Tuesday market in San Miguel. We’ll be honest, we just went there to eat. Tacos, pizza, mystery meat, horchata, crema de coco and horrid tamarind flavoured candy, the market had it all. Plus plenty of fruit and veg, clothes, knick-knacks, pet birds… dried rattlesnake…

Enough fresh fruit and veg to fill the fridge. If we make room by drinking the beer.

There are altogether too many varieties of dried beans.

Not to mention chillies.

Is that a dried rattlesnake?

Don’t mess with this rooster.

So many tempting knick knacks.

It was the typical kind of market chaos we had come to know and love, we enjoyed every minute of it.

The park down the road was also home to a family of baby squirrels. So obviously that was a plus. 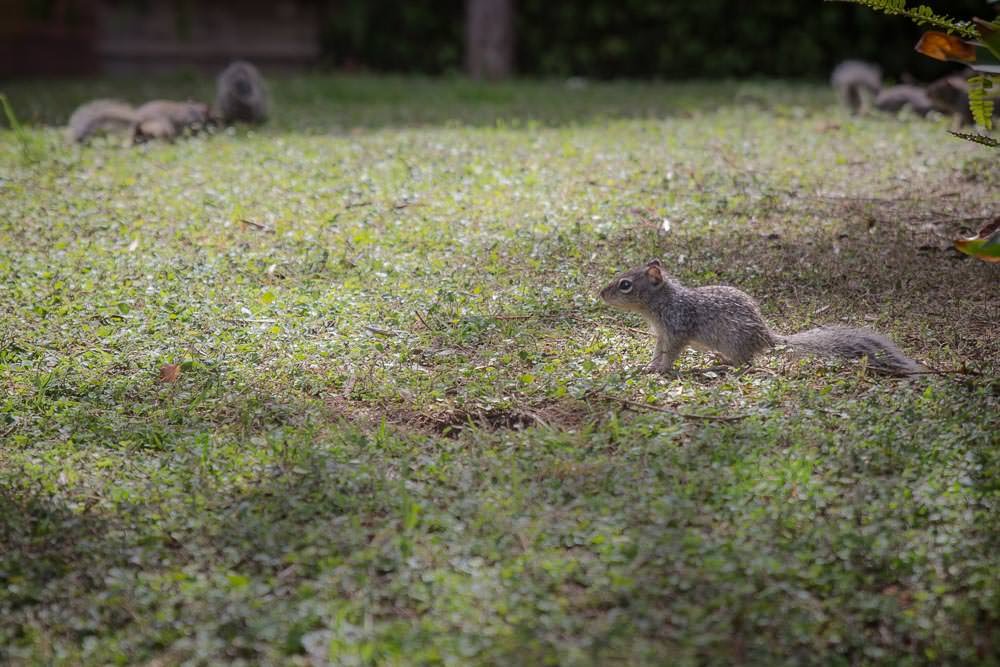 We even found this place just out of town. 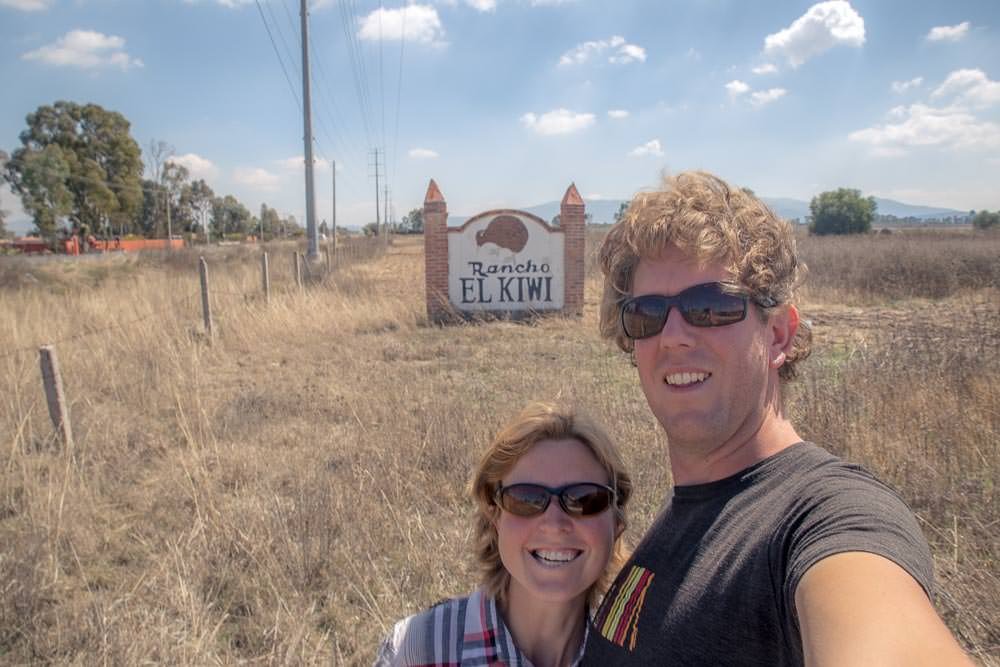 It was for sale. There was some temptation to put an offer in.

A festival was underway in the centre of town, so confetti-filled paper mache eggs were flying everywhere, church bells rang and the ubiquitous balloon vendors and knick knack retailers lined the central plaza. 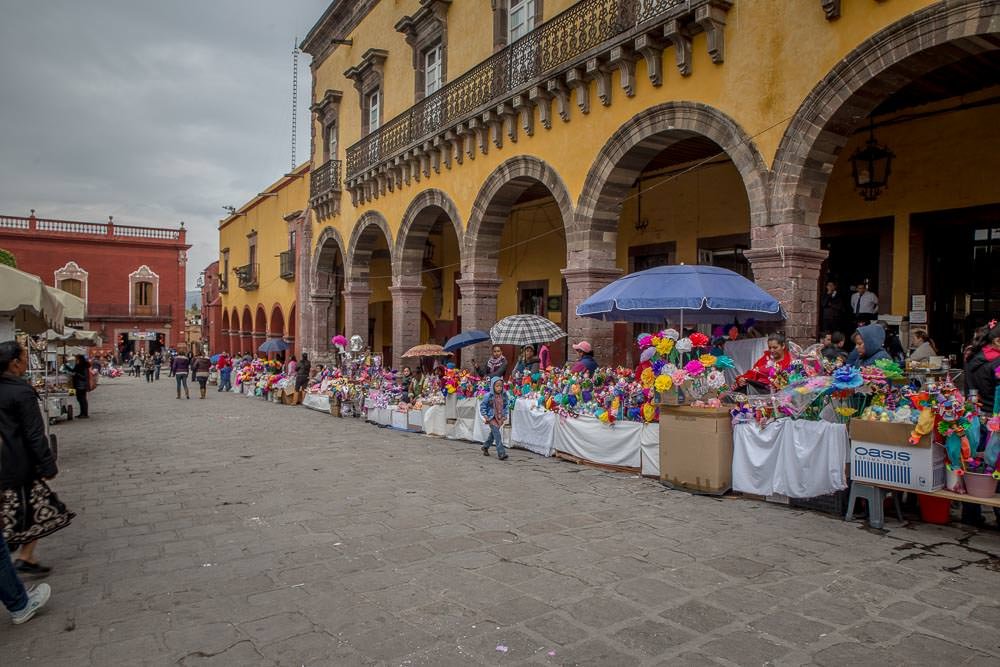 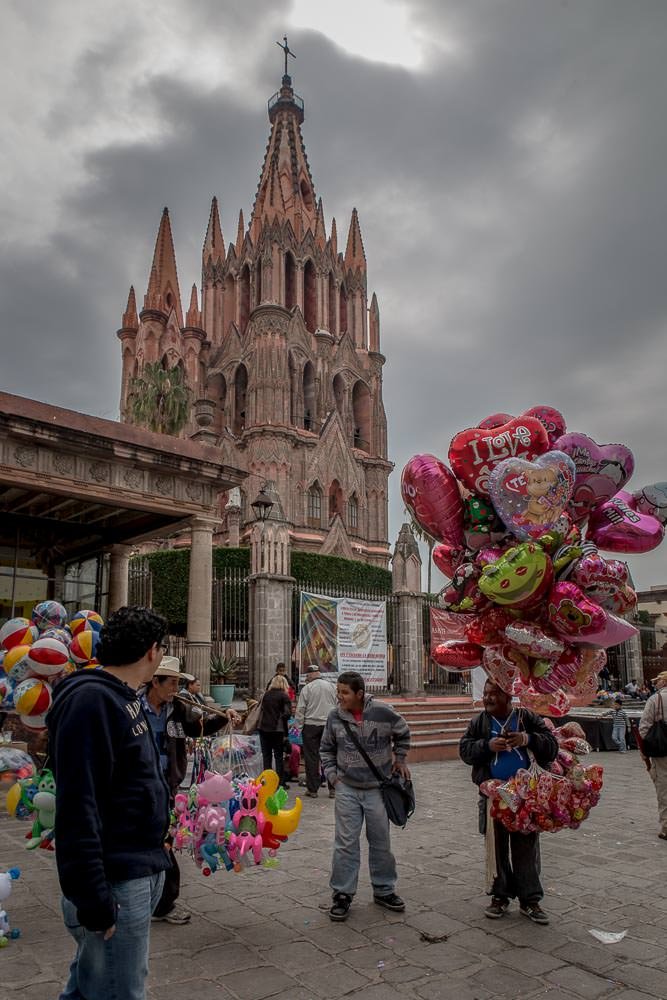 The cobbled streets provided plenty of opportunity for aimless wandering.

The buildings created an unforgettable tapestry of colour.

San Miguel was even home to one an event that had us putting on our best bird-watching garb and heading out to the local duck pond.

Paula had promised us a spectacular show, thousands of birds dancing in the unison in the skies above. We had all caught taxis out to the botanic gardens and walked down to the wetlands where the promised spectacle was due to unfold.

There was a decided lack of birds to start with, but the sunset was spectacular.

Nice sunset, but where are the birds? 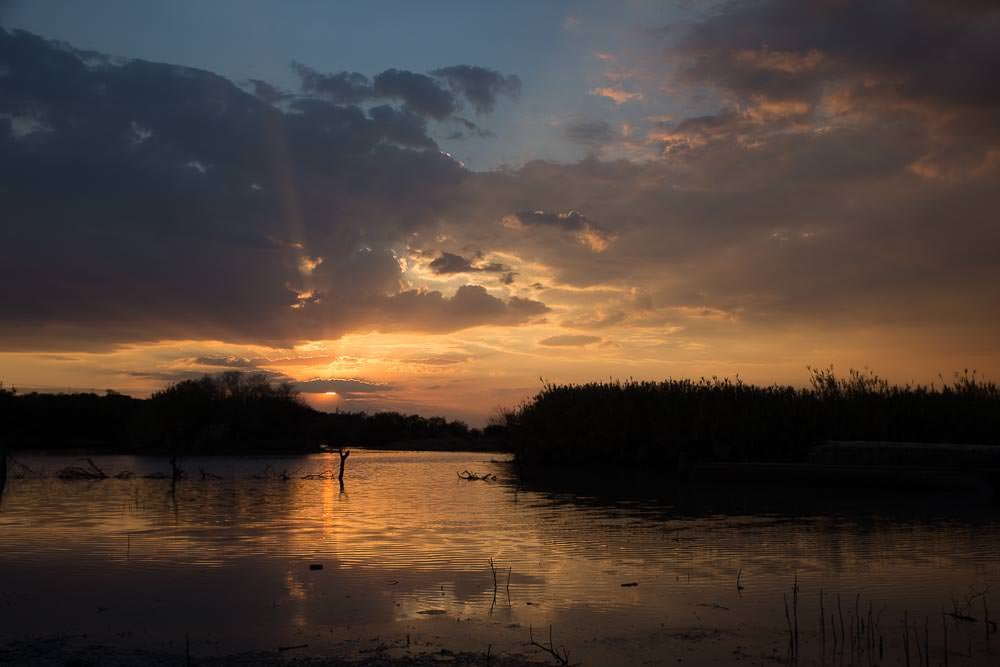 Ok. That is pretty spectacular.

Just as we were starting to doubt the authenticity of Paula’s claims, the birds started to arrive.

Even more spectacular when the birds show up.

A few birds soon turned into a few thousand and one of the most spectacular natural phenomenon we have seen involving such tiny wee feathered creatures began to unfold before our eyes. The below video doesn’t really do the whole scene justice: 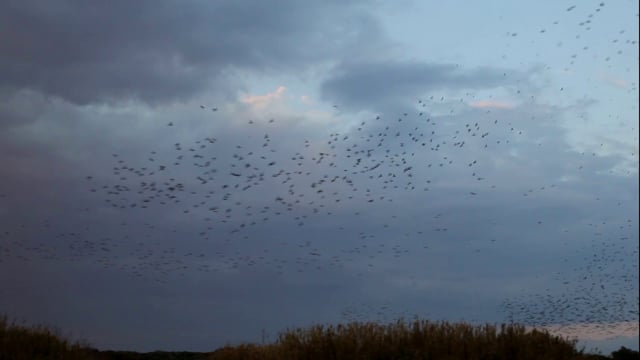 All this meant that San Miguel was certainly a place we will remember fondly. We may even return one day if we are in the neighbourhood.

But we just didn’t feel that same connection as we had in other towns.

San Miguel was convenient, safe, full of familiar food from home, good beer, fancy cheese—gringo food. Not Guanajuato’s mystery meat tacos and $1 hole in the wall pizza with a free soft drink, it was classy cafés and delicatessens all the way.

We’re not saying that this was a bad thing. It meant San Miguel was convenient, simple, relaxing. It was however, a bit expensive.

San Miguel is a weekend destination for well off citizens of Mexico city, and it showed. Things are not cheap. Not only was the food a lot more like what we were used to at home, but the price lists were a lot closer to home. We walked into one craft beer bar and ordered some drinks. Two beers each later, we had already spent almost an entire day’s budget. At a minimum of $7 NZD for a 330ml bottle of craft beer, we certainly did feel at home. Although the expense was totally worth it to wrap our taste buds around a Russian Imperial Stout and a Barley Wine. It was a good alternative to a cold Pacifico. 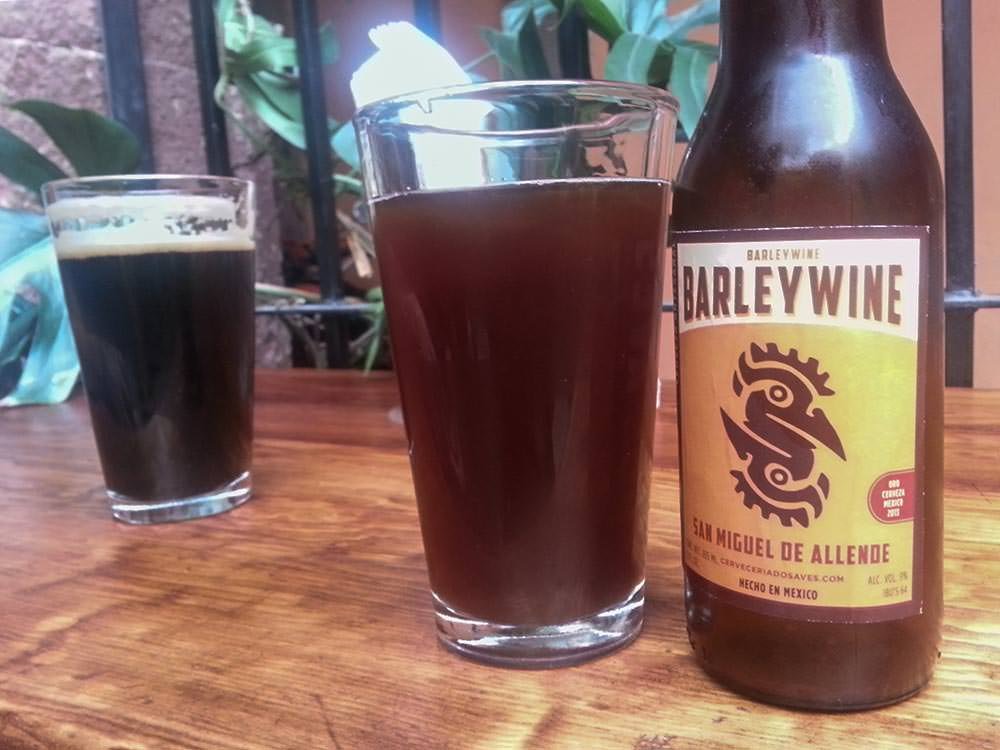 One great thing about San Miguel is the campground, all the comforts of home within walking distance of everything we could need.

We enjoyed our time relaxing in San Miguel. We just didn’t leave with the same desire to return as we did when we left Zacatecas or Guanajuato. We’d drop by if we were in the neighbourhood. Probably for some craft beer.

Where San Miguel was the well-groomed show dog that sits there and looks pretty Guanajuato was the scruffy naughty puppy that steals your shoes. We just can’t resist scruffy, naughty puppies. 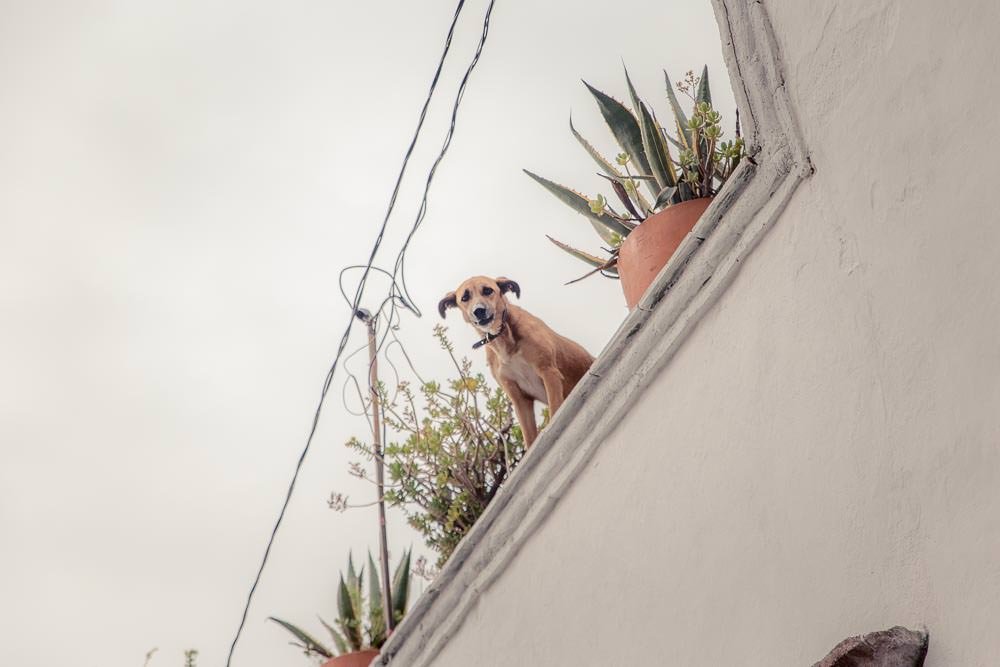