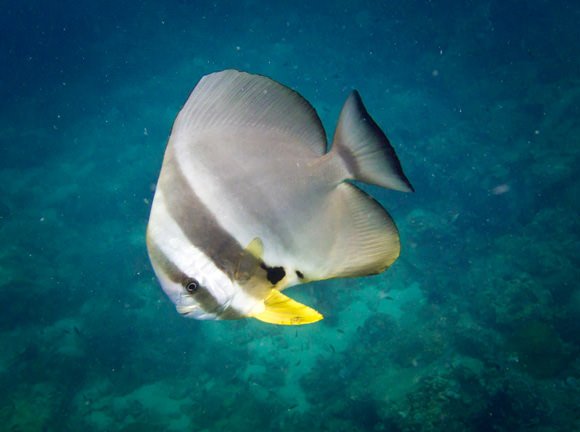 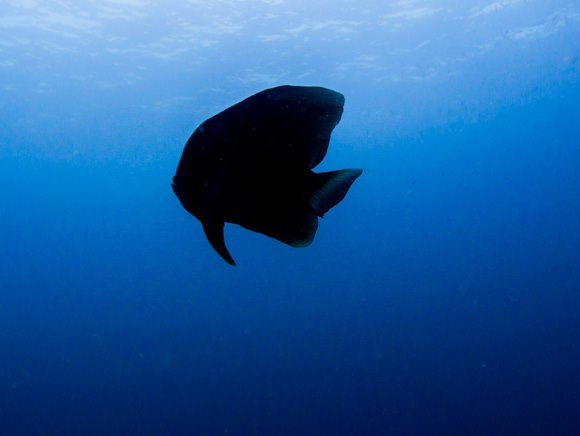 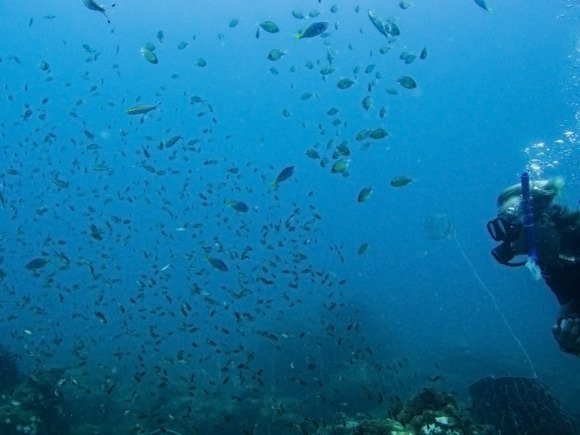 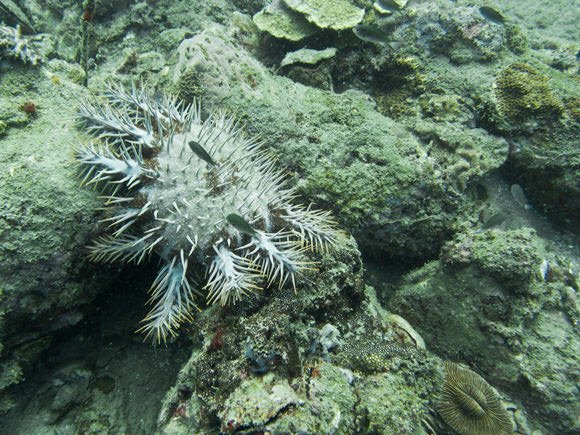 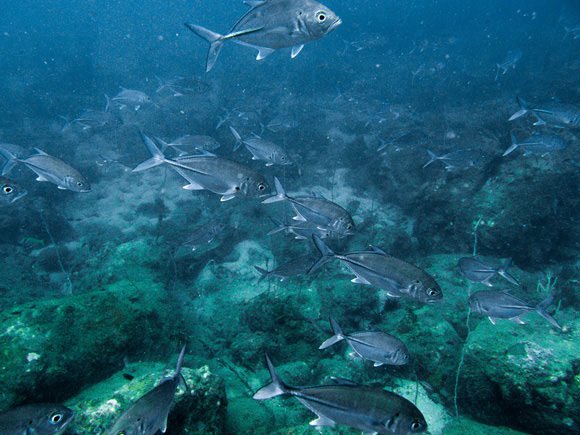 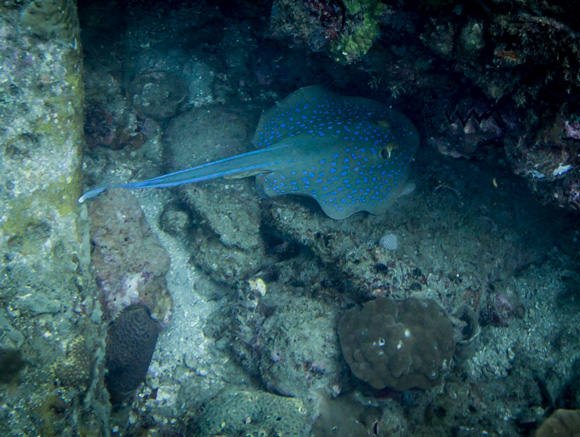 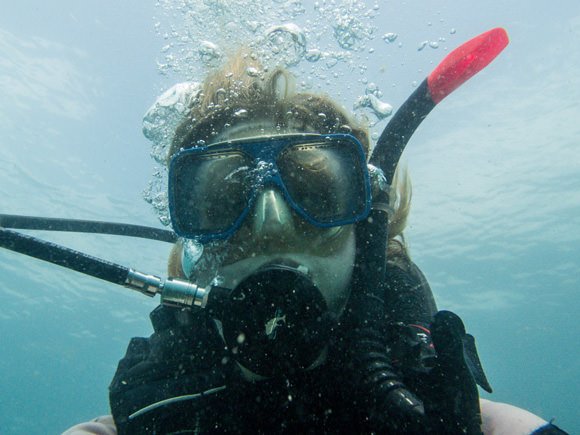 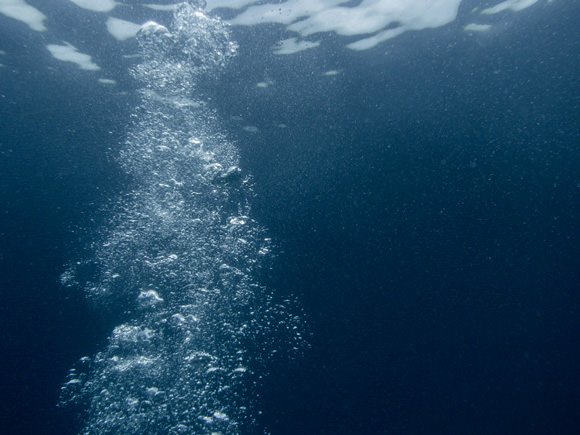 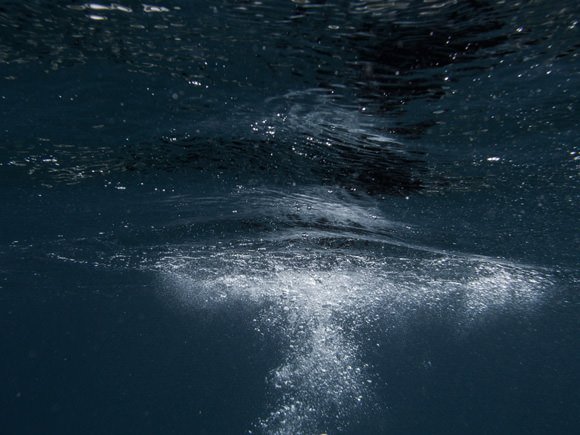 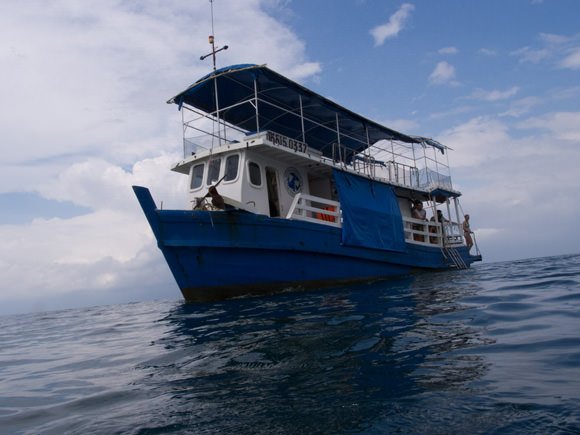 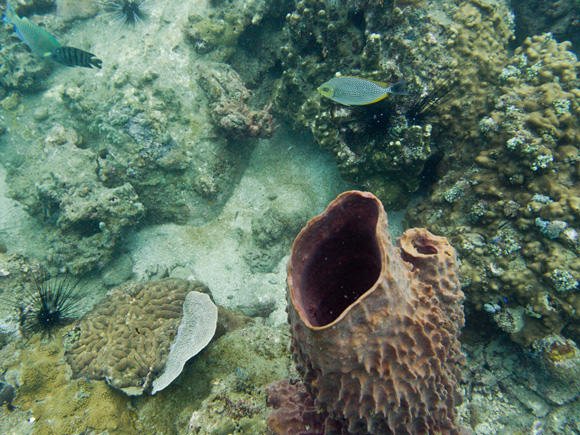 Both one of the best and worst places we visited on our last trip.

We stayed in a seriously amazing bed and breakfast just out of town. The weather was warm. We were within a short walk of a tropical beach, with golden sands stretching to the horizon. Sounds like paradise right? Kind of.

We didn’t go with high expectations, we’d been told to give it a miss, but we had heard the scuba diving was pretty spectacular.

Sihanoukville itself lived up to our low expectations. There are only so many times you can be asked “You drinking tonight?’ before you decide that, no, maybe you aren’t.

Our evening included a visit to the depressingly crowded and filthy beach, eating some sort of over-priced ‘food’, rejecting about 37 offers to ‘party’ and stopping for a corny photo op with a giant golden lion statue. At that point we headed back past the gaudy flashing lights of the casinos and called it a night.

But all was well. We weren’t there to languish in backpacker limbo amongst the abandoned beer bottles, plastic bags and other, slightly more disgusting, assorted miscellany on the beach.

We had a date with some fish!

We were going diving!

Neither of us are skilled or practiced scuba divers, we did a course a few years ago—in the middle of the New Zealand winter. For half price.

Some would say we should have paid more and done it in summer…and they were right. The New Zealand ocean was freezing, visibility varied from average to terrible. Fish were not abundant—I was excited when I spotted an ancient DB bottle on our first dive. That was about all we saw as we waited shivering at the bottom for our turn to fill our masks with seawater and to show off our cramp removal technique.

I make it sound pretty bleak, but it wasn’t all cold and misery—other New Zealand dives were better. We did see a shipwreck, which was an experience I will never forget—I would have enjoyed it more if my tank hadn’t been haemorrhaging vital oxygen at the time.

So it was with some trepidation that we plunged off the boat into the ocean off Cambodia’s south coast.

This trepidation was, however, entirely unfounded, the underwater world we were greeted with was spectacular and magical…and warm!

We bobbed about through vast schools of fish, weaving our way around great mountains of coral as anemones danced in the current and sea urchins went about their business of looking weird and spiky.

We were in the safe hands of a chain smoking Frenchman, who kept a close eye on the pack of novice divers, making sure no one came to a sticky, damp end. I can’t remember his name, so for the purposes of this blog we shall henceforth refer to him as ‘Jaques’.

Despite my initial concerns, these are not directly related to face-hugger aliens. They just sit there and look hazardous.

Just as the dive was finishing and we were heading for the surface, ‘Jaques’ pointed this guy out. A Blue Spotted Stingray doing his best to hide from the limelight under a rock.

It was my first time diving with a camera so you have to excuse the quality of the photos. I was trying to strike a balance between not drowning and taking a successful photo. I’m pleased to announce that I was successful at not drowning. Here’s a cheesy underwater selfie to prove that I can both take a photo and not drown simultaneously.

After a spectacular day exploring the stunning and ever-changing world beneath the waves, we hopped back on board our dive boat and returned to town, bracing ourselves for another evening of unsolicited invitations to ‘party’.

I was quietly reflecting on our diving experience early the next morning as we walked down to the beach to watch the sunrise. Hoping to see some more aquatic life, I gently bobbed about in the chest deep water as the sky above burst into an array of warm colours.

Then some rubbish floated past.

Sihanoukville. At least the diving is good.