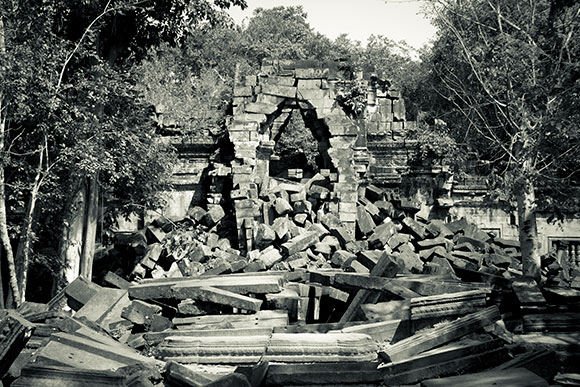 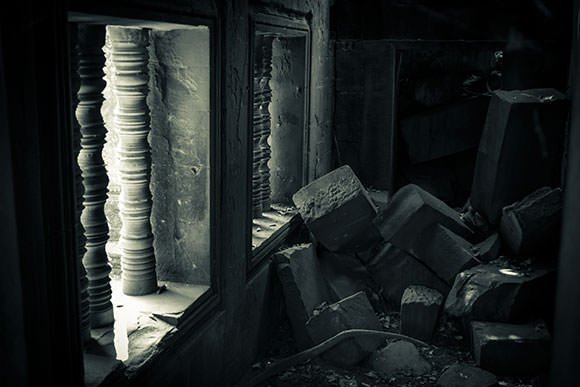 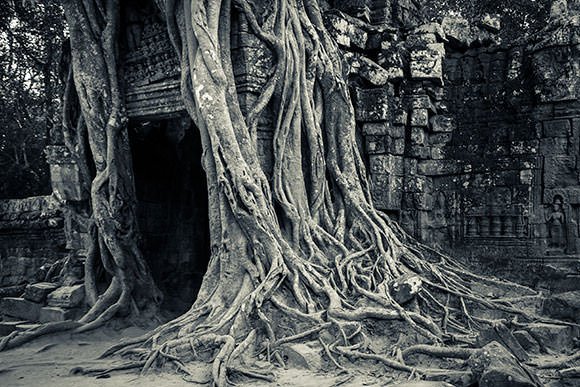 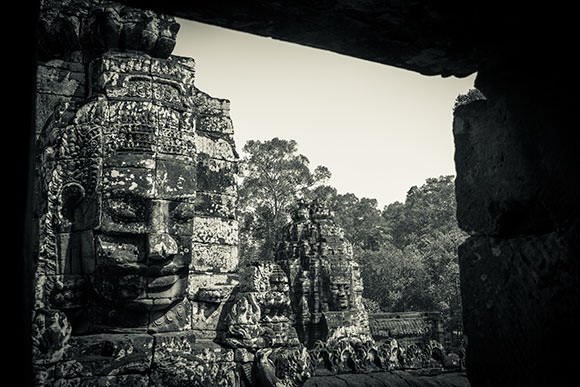 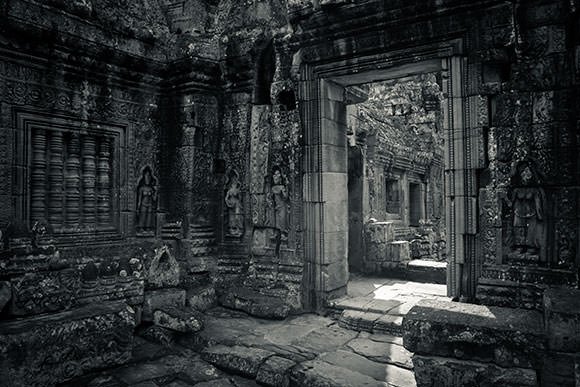 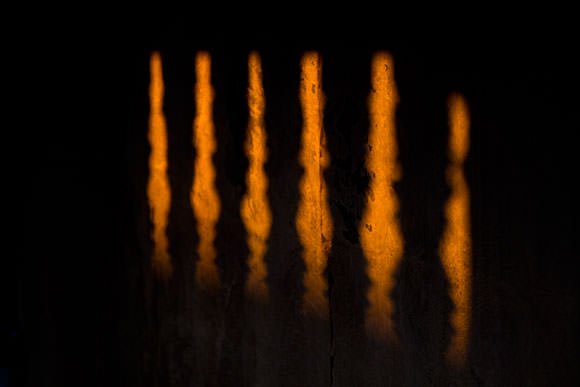 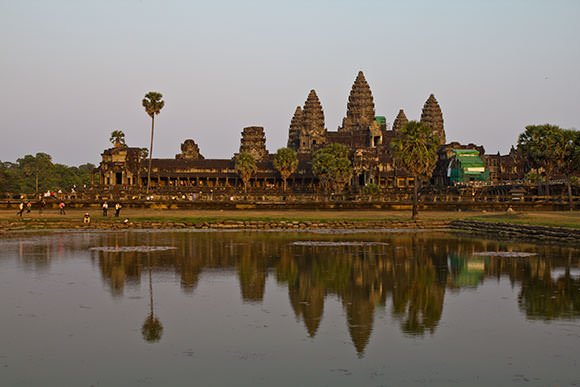 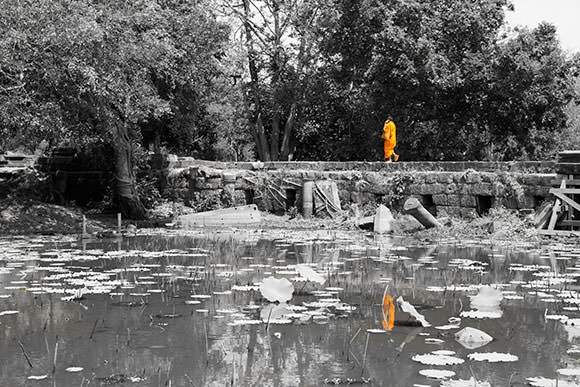 To visit an historical site in New Zealand often means a visit to a Māori pā site which will involve standing in a grassy field, or on a headland, looking at a ditch which marks an old fence line, perhaps another which denotes a storage area. Don’t get me wrong it’s always interesting, standing there in a spot where history was made. Even a grassy field can be enough to bring that history to life in your mind.

But New Zealand (like the name suggests, good branding decision there guys) is a pretty new country. We don’t have stone structures from forgotten civilisations dotted about our countryside. We just have grassy ditches and ridges that once held wooden fenceposts or formed a terrace.

So get a chance to go overseas and look at stone ruins swallowed by the jungle and lost to the mists of time and I’ll go a little bit mental.

We had four days to explore the Angkor historical park—we needed more.

Well, I should say, I needed more, I think four days of clambering about ancient ruins whilst trying to learn everything we possibly could about the Khmer empire may have been enough for Ben. However, a half day break for ice-cream and sandwiches would have been enough to get us back on track to explore for another four days.

Since we only had a short time, we decided to go for the ‘visit as many temples as time and sanity will allow’ approach, starting out bright and early each morning and jamming as much action-packed temple-viewing as we could into our day.

We started our four days of solid temple-visiting madness with a trip to Beng Mealea—and what a place to start! We arrived early in the morning and spent hours there exploring the collapsed passageways and walls.  It was a genuinely magical experience  giving a taste of what it would be like to be an explorer, stumbling across the crumbling remnants of an ancient temple in the midst of a jungle…

…then the tour group arrived. Their loud conversations were carried out over the width of the central sanctuary, shouts echoing off the crumbling walls as they jostled for position to get the best photo.

Yeah. Not feeling so intrepid now…

Reaching the end of the long causeway you arrive at this crumbling entranceway.

From there we made it our goal to explore as much of the area as time would allow. Guide books in hand we tried to teach ourselves everything we could about the Khmer civilisation that built these masterpieces. We pursued someone’s tour group around the bas-reliefs of the central gallery of Angkor Wat combining what we could overhear with my lively (if possibly inaccurate) description of the carvings based on whatever guide book I was clutching at the time.

We visited Ankor Wat twice. The first time was at sunset at the end of our first day. With the hazy air and tarpaulins over the towers currently under restoration we decided not to battle the crowds for a sunset spot at the reflecting pool. Instead we went inside and watched the sunset from the peaceful interior.

Angkor Wat and mirror image in the reflecting pools

Shafts of sunset light pass through the columns of the windows 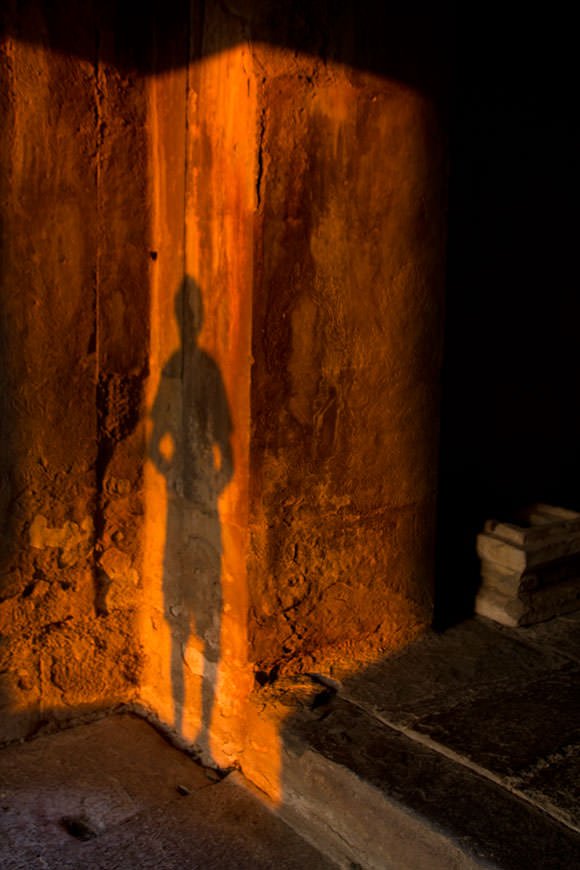 Ben silhouetted against the interior walls of Angkor Wat

While we both had an amazing time exploring the grand interiors of the Angkor Wat complex, some of the really stand out moments were at the many smaller temples in the area. If I was to go on and detail every one of them, this would be a very long and waffly post, so instead here are some more images (they say each one is worth a thousand words, so it seems like the best way to summarise). 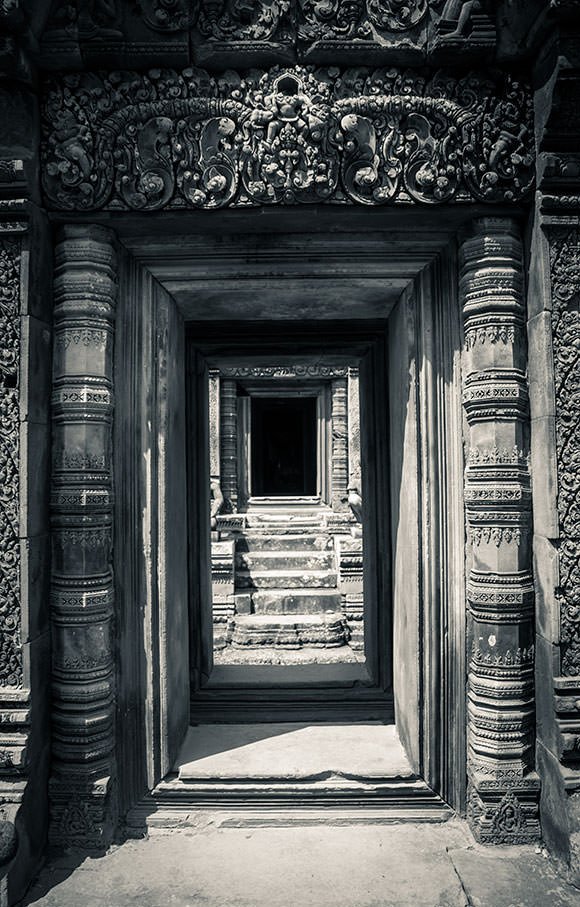 The overgrown doorway of Ta Som 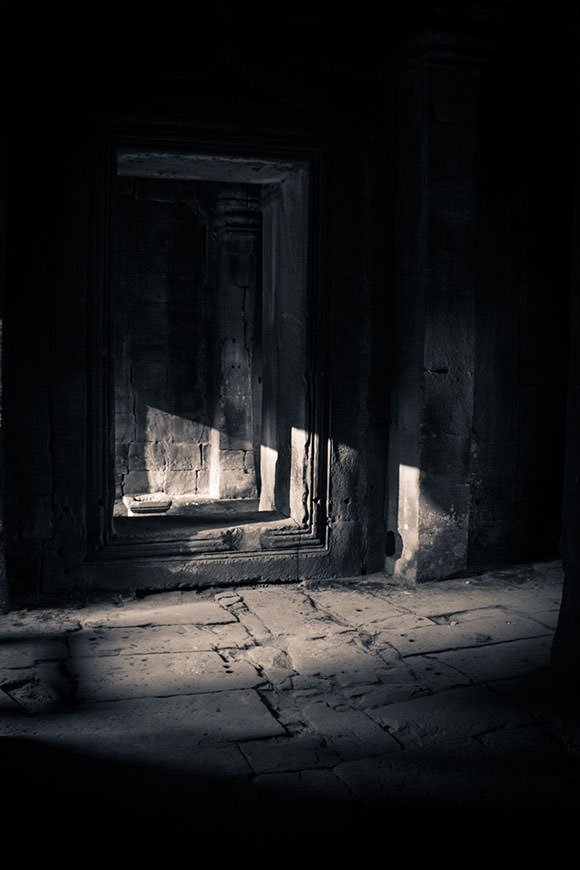 The late afternoon sun lights the interior of Preah Khan 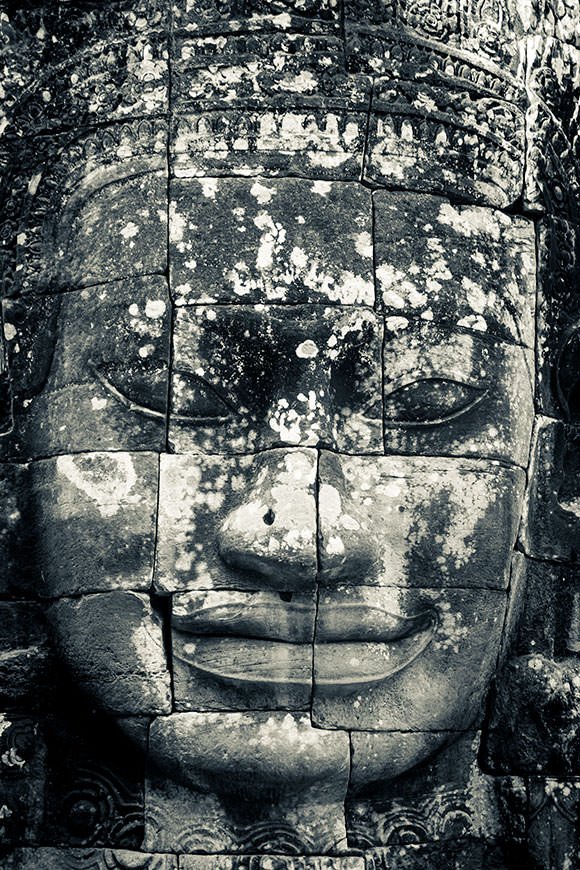 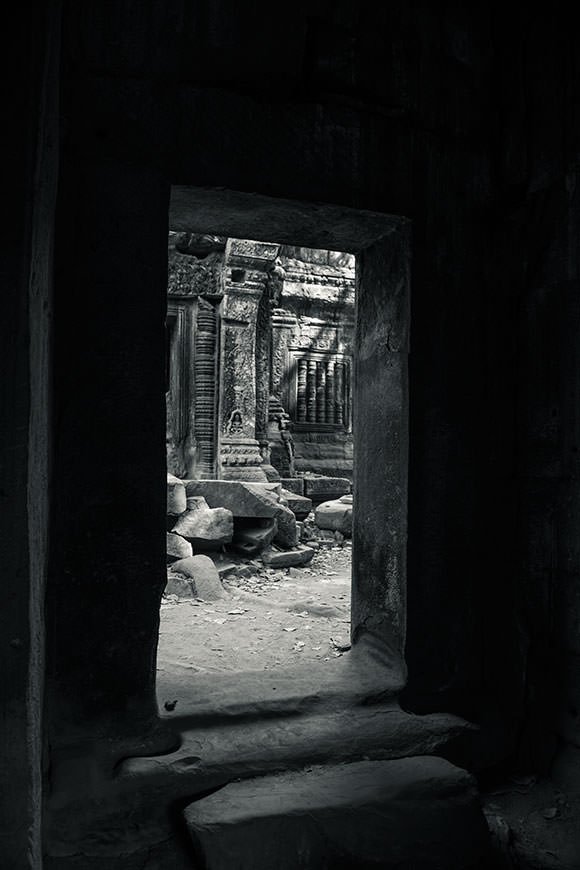 Always another doorway, somewhere else to explore, heading back outside at Ta Prohm