Ghosts of Cambodia’s past 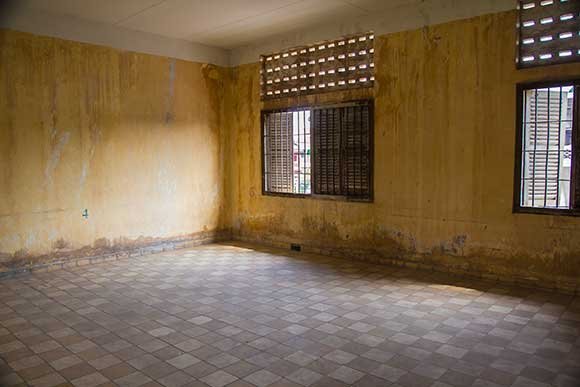 The city of Phnom Penh has so many other things to offer, but as you walk past the rows of waiting tuk-tuk drivers you hear the repeated chant of ‘Killing field’ ‘Genocide museum’ it soon becomes apparent where the bulk of tourists are expected to head.

As we enjoy a relaxing ride out to the killing field of Choeung Ek, taking in the sights from the back of a tuk-tuk we quietly wonder what we will see when we arrive. Will it be a tourist circus? Will it be a respectful memorial? How will we feel about it? Will it help us to understand the madness that swept through Cambodia in the late 1970s?

Choeung Ek is just a field. Not very large. At a glance you would have no reason to suspect that thousands of innocent lives had been lost in this place. As we pay our entrance fee we are handed audio headsets, we wonder if people are just trying to make a quick dollar off Cambodia’s recent and cruel history. But as we walk around we are swept up in the story from the audio guide, we realise that this is the best way to tell the story, each person is walking in silence, taking in the story at their own pace.

I’ve heard the stories before, seen them on TV, read them in books, but to stand in that field and hear the stories of people who lost loved ones to the Khmer Rouge, of the cruelty and violence of the regime is a completely different experience. You are told of the every day people who found their way into the mass graves at the hands of the monstrous regime, of the way terrified prisoners were loaded into trucks in the dead of night, of the blaring patriotic music that disguised the screams of the victims. All the while you are reminded that these were just regular people like us, not brave activists or soldiers, just people in the wrong place at the wrong time.

There is little left on the site today, the buildings were immediately torn down as the Khmer Rouge departed. Most of the bodies have since been exhumed, the skulls and other bones catalogued and organised by age and gender in the memorial stupa on site as new generations have tried to count and measure the cost of that dark time in Cambodia’s past. The only remnants on the site still in place are the dips in the ground that mark the locations of the mass graves—where bones and scraps of clothing that once belonged to people that the Khmer Rouge tried to erase from the history books still surface to tell their tale. 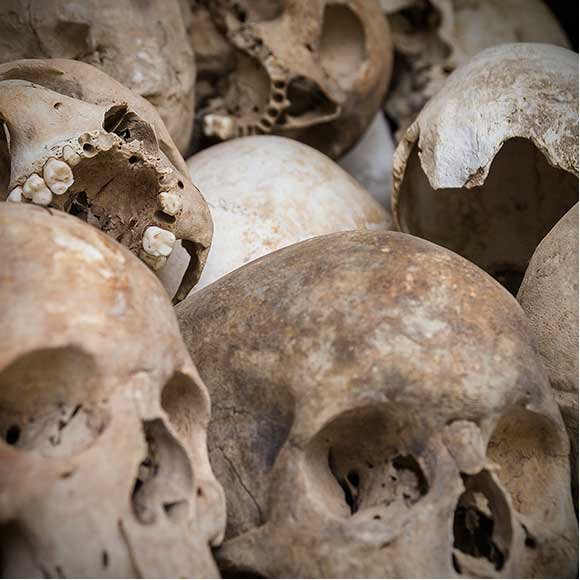 Subdued from our visit to Choeung Ek, we continued on to the Tuol Sleng Genocide Museum. The site of a former school it became the notorious S21 prison under the Khmer Rouge. Some rooms had housed the final victims of S21, hastily killed by their captors before they fled the invading Vietnamese army. Photos document the rooms and the victims as they were found, they are now displayed on the walls of rooms where they were taken, a bed sits in a bare room exactly as it did on that day in 1979.

Other rooms have been converted into smaller wooden and brick cells to house the prisoners. It is hard to believe that this nightmarish place was once a school. Outside the gym equipment in the yard had been converted to be used as torture devices. 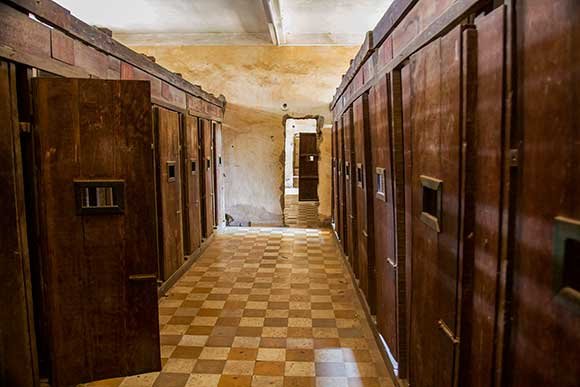 Another building now houses the thousands of photos of the people who found themselves imprisoned in S21, the Khmer Rouge kept a meticulous record of their victims, which now forms part of the evidence in the trials of the ageing perpetrators of these crimes. Leaders of the regime are finally being brought to trial. Years too late, age is claiming many before justice can reach them. 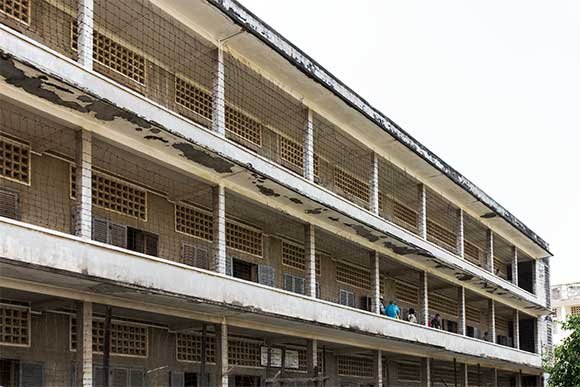 The thing that really strikes us about Tuol Sleng how central to the vibrant, bustling city this place is. This dark scar of a place is surrounded by palm trees and vibrant buildings. It leaves you wondering how somewhere as beautiful and peaceful as Cambodia could have been a place of such suffering. Or indeed, how the rest of the world could just stand by and let this happen. Sadly this is only one example of many instances of this kind of genocide in human history. 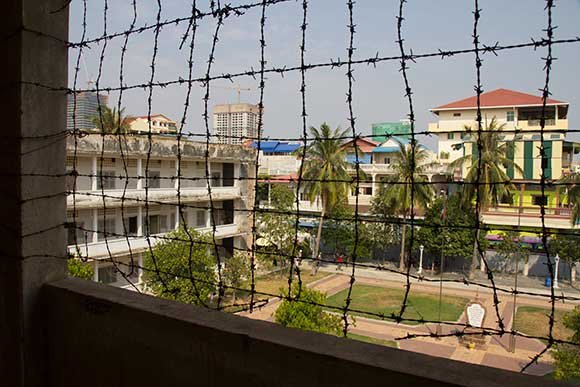 So what were the answers to our questions…

Were these places a tourist circus, or respectful memorial?

They are what you make of them. There were people posing for tourist snaps in front the ‘killing tree’ in Choeng Ek, but equally the former killing field allowed plenty of opportunity to sit quietly and contemplate. If you wanted to just sweep in and tick these off your list of ‘attractions’ to visit you could. Or these sites can be visited in a quiet and respectful way, an opportunity to learn about the past. A visit can change the way you view the world.

How did we feel about it?

Well you can’t walk away from visiting places like these without feeling changed. It is hard to take a positive away from such a bleak place, it leaves you feeling…hollow? These were places of extreme cruelty and unimaginable horror. (Unfortunately not the only places where such atrocities were committed in the small country of Cambodia.) You feel insignificant and helpless, but not hopeless. I think visiting these places keeps the conversation alive and gives a chance for the voices of the people silenced by the Khmer Rouge to finally be heard.

I found it hard to take photos, it just felt wrong, the ones in this post make up nearly every image I took on that day. I would have taken none, but we decided that we needed some so that we could try to explain these places to our friends and family back home.

Will it help us to understand the madness that swept through Cambodia in the 1970s?

No. On a technical level, sure, but to fully comprehend what went on at that time, I don’t know how you could ever fully understand that.

A movie, well worth watching, that tells the story of a New Zealander’s search for the truth about his brother who was unexpectedly pulled into this nightmare is Brother Number One

CambodiaSoutheast Asia
« Climate change
The temples of Angkor in infrared »