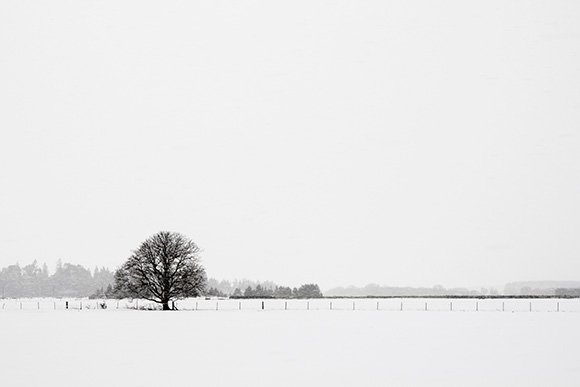 Here’s another image that we didn’t have to stray too far from home for. In the last couple of years we have had several ‘once in a lifetime’ snow events. I’m starting to think that these happen more than once in a lifetime. We had two within a few weeks of each other in 2011.

A dusting of fresh snow can make even the most mundane field look magical, especially to those of us who don’t regularly get snow in town.

In town itself the 2011 snows were pretty spooky, the centre of the city was still mostly cordoned off from the earthquakes and the damaged remnants of buildings looked like scenes from some post-apocalyptic sci-fi.

I like my photo of a tree, but it would have been even better to scale the fences into the red zone and photograph the buildings in the snow… too late now.