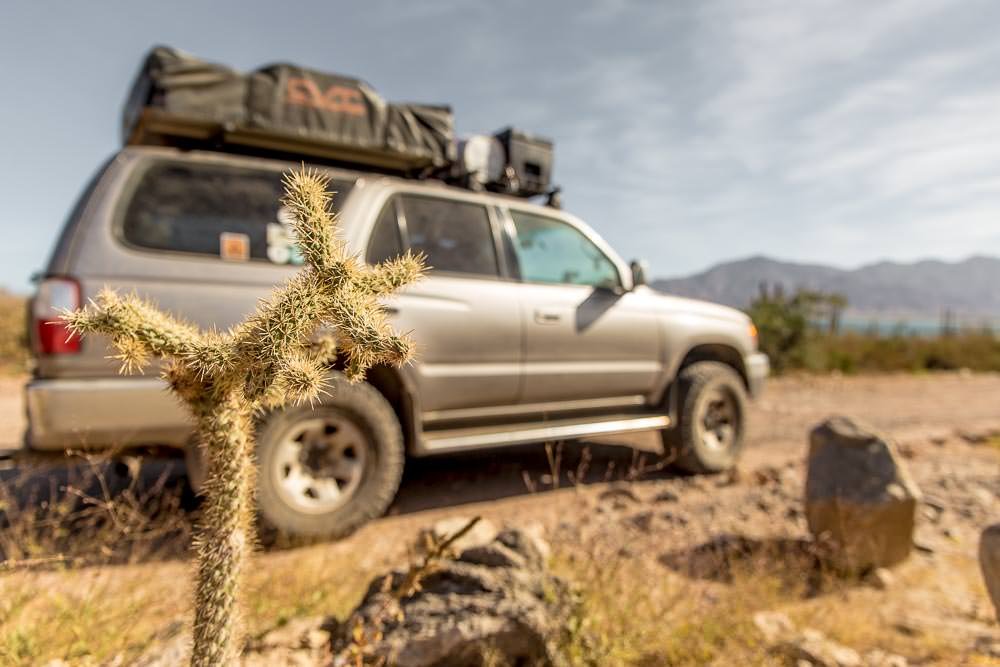 After a brief stint on the narrow and shoulderless Highway 1, we took our first opportunity to get back to the peaceful coast of the Sea of Cortez—via Bahía De Los Ángeles. It was here that we spotted our first roof dogs of the trip and started to really feel like we were in Mexico. 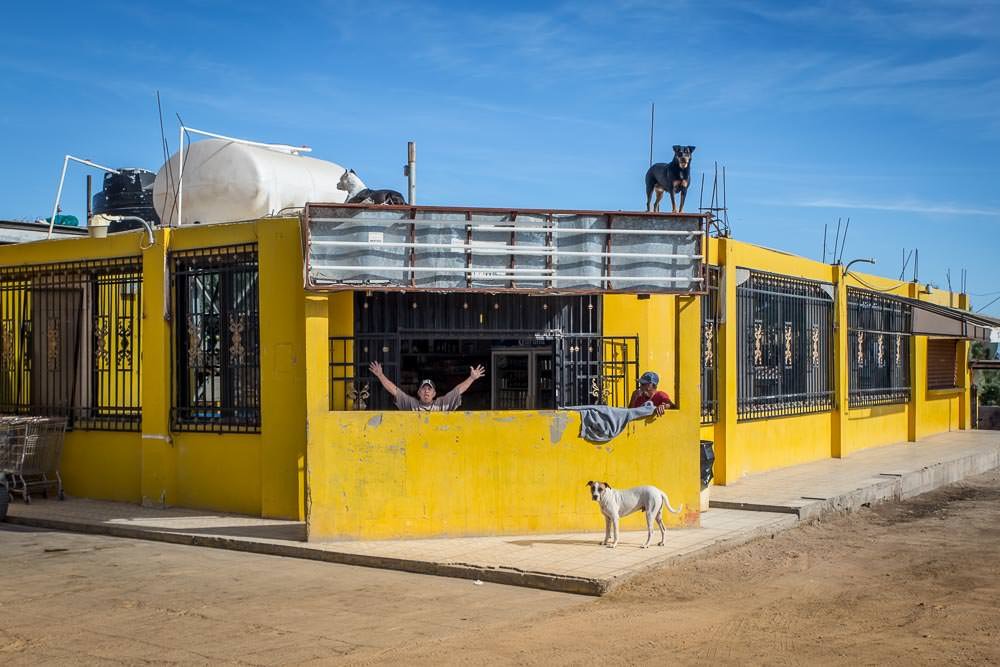 Roof dogs! We must be in Mexico—hooray! Yes, even the guy sitting outside the store is stoked about it.

As we followed the road south from there, we were greeted with more of the same scenery as we had already been treated to. Luckily, our eyes had not yet tired of this pointy, cactusy jungle. 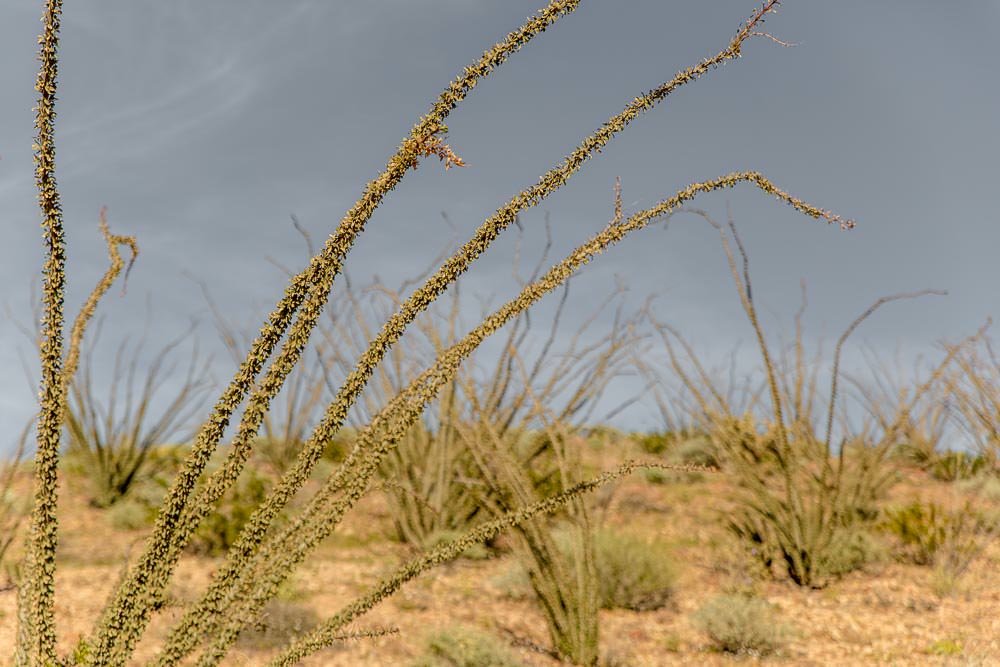 Or these weird things. Not really cactus, just spindly trees. It was like driving through a bewildering surrealist painting at times.

Although perhaps our feet were starting to tire a little: 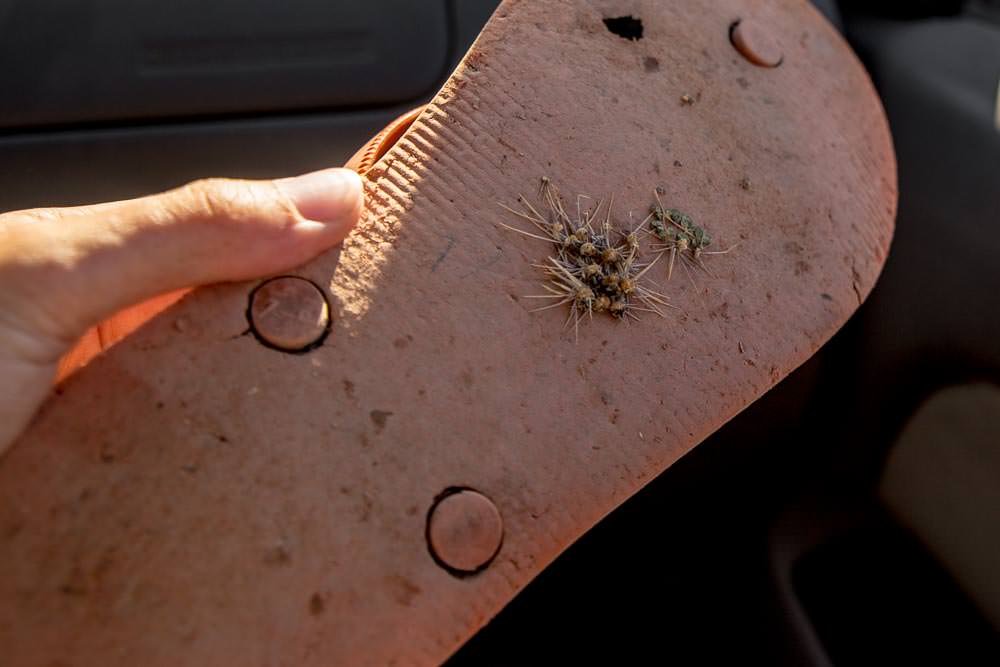 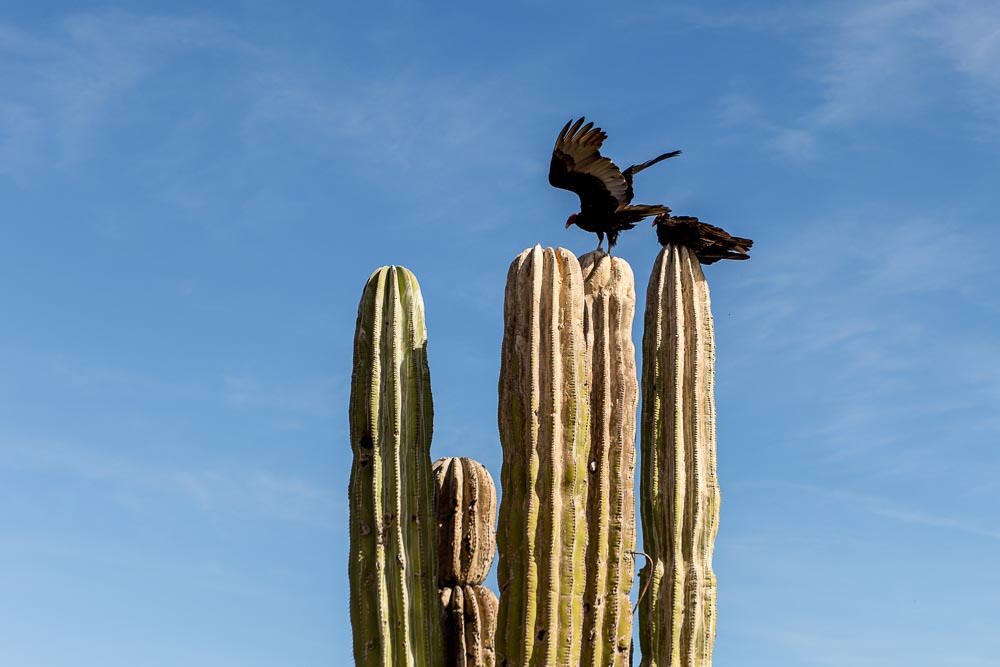 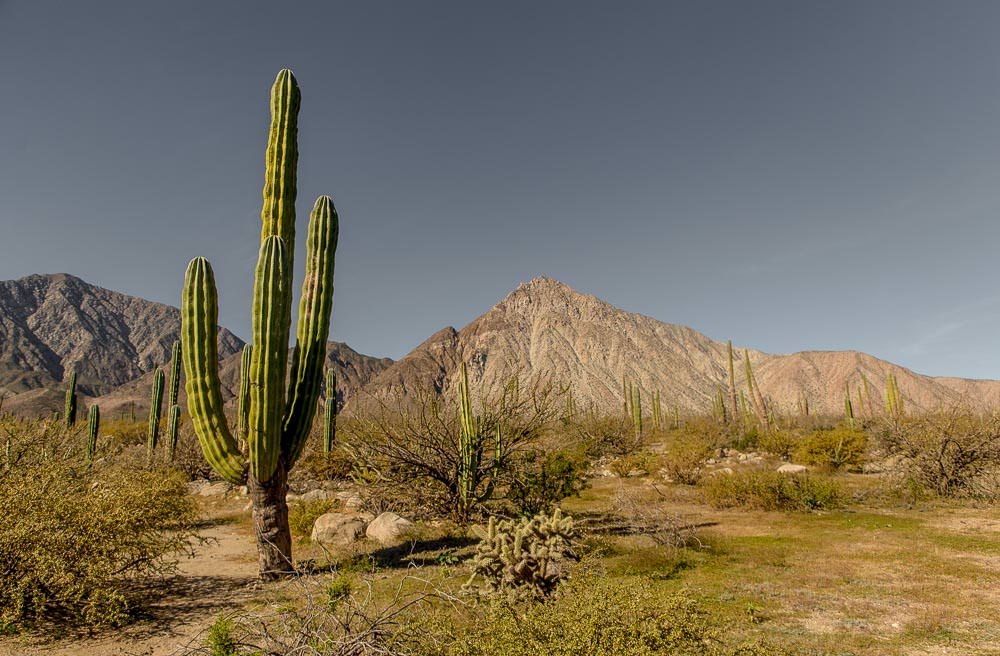 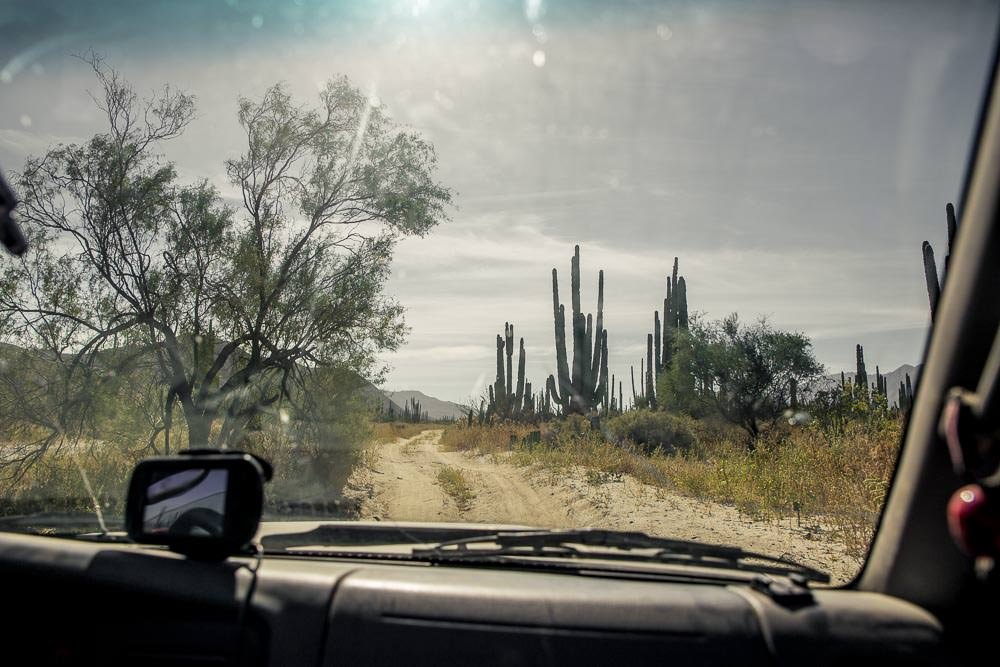 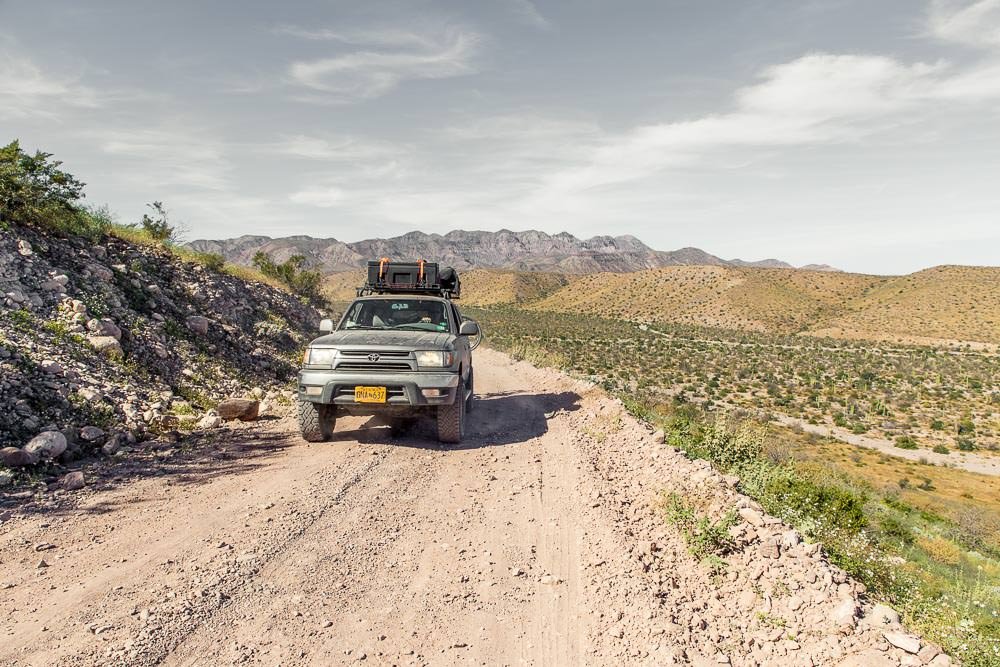 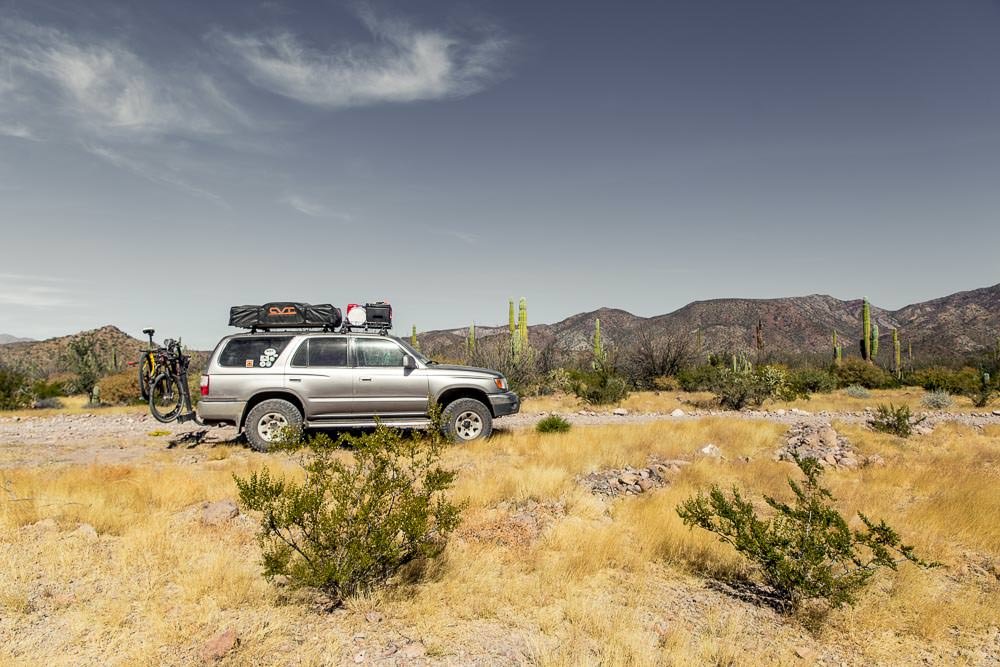 The further we drove into the Baja Peninsula, the more we could feel the pace of life slowing down. We weren’t feeling the pressure to be anywhere any time soon, most places we stopped had no Wi-Fi, no cellphone reception, no power outlets.

A lunch stop on a lonely, sandy, beach soon turned in to an overnight camp spot.

We took the opportunity to try out more of that weird thing that people do when they are taking a break sometimes: ‘Relaxing’

Well, that and harassing the local wildlife. 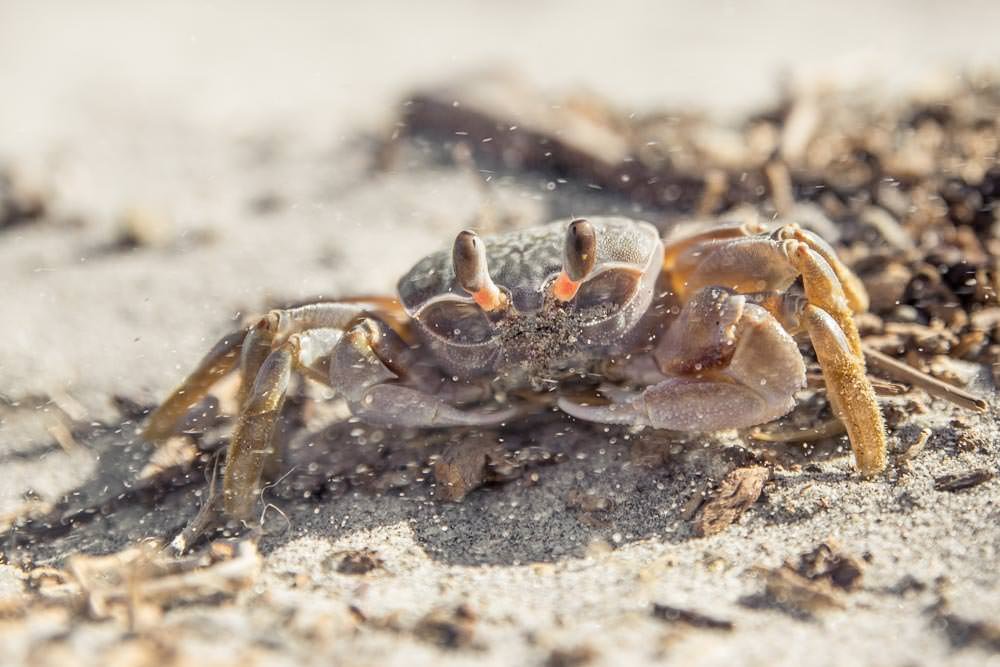 Mostly the second one, it turns out we still aren’t very good at sitting still for any extended period of time.

There were of course more sunsets to watch: 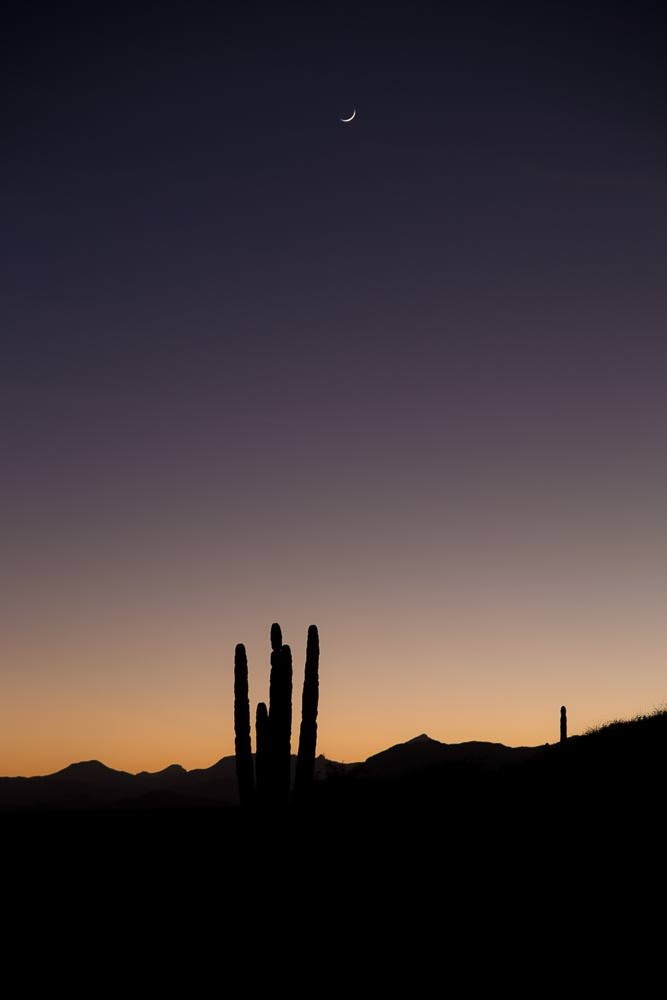 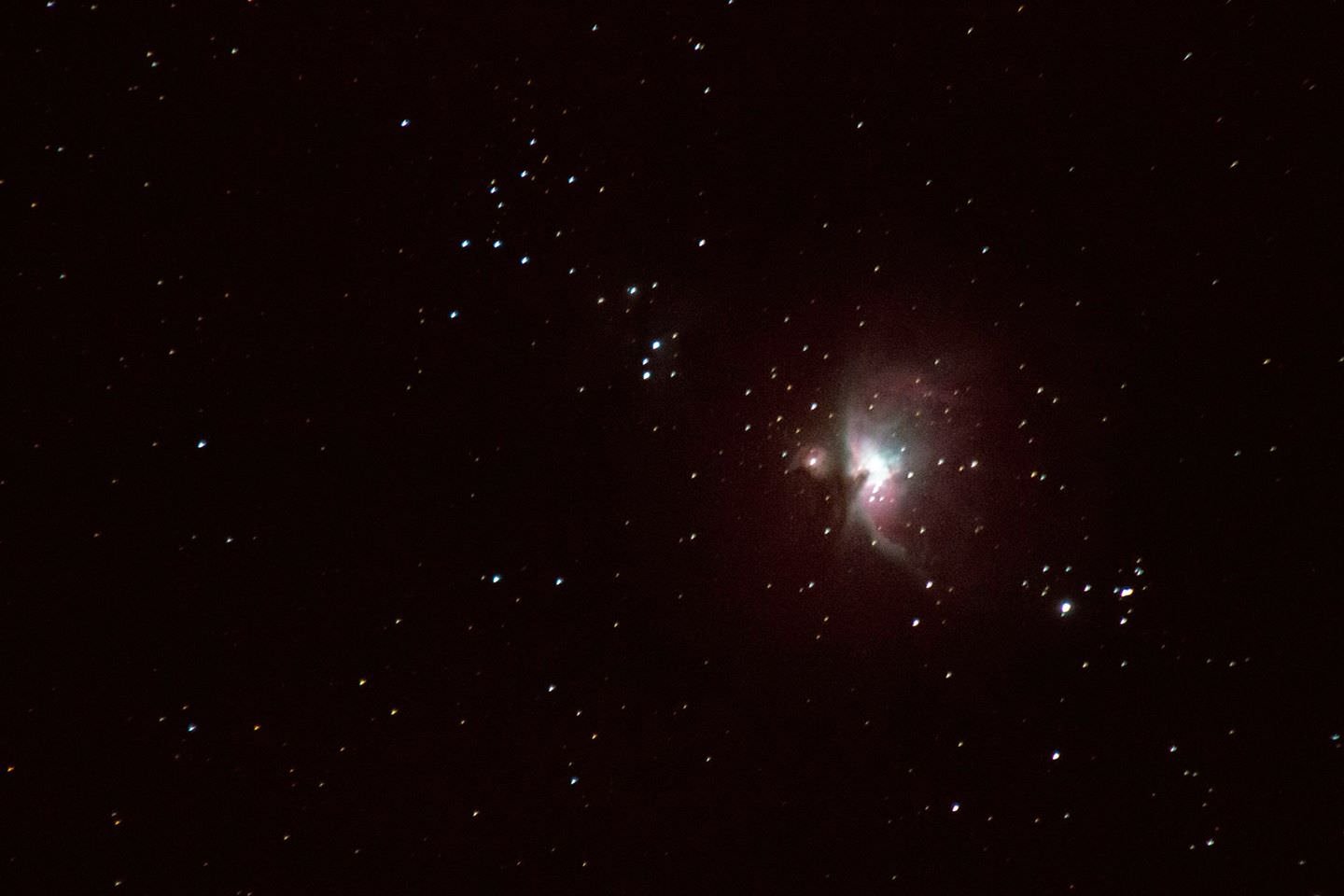 This was the closest view we could get of the M42 Nebula (the middle ‘star’ in Orion’s sword) with the gear we had.

Luckily, before anything got too tedious, it was only a short distance down the road that we ‘found’ this ranch: 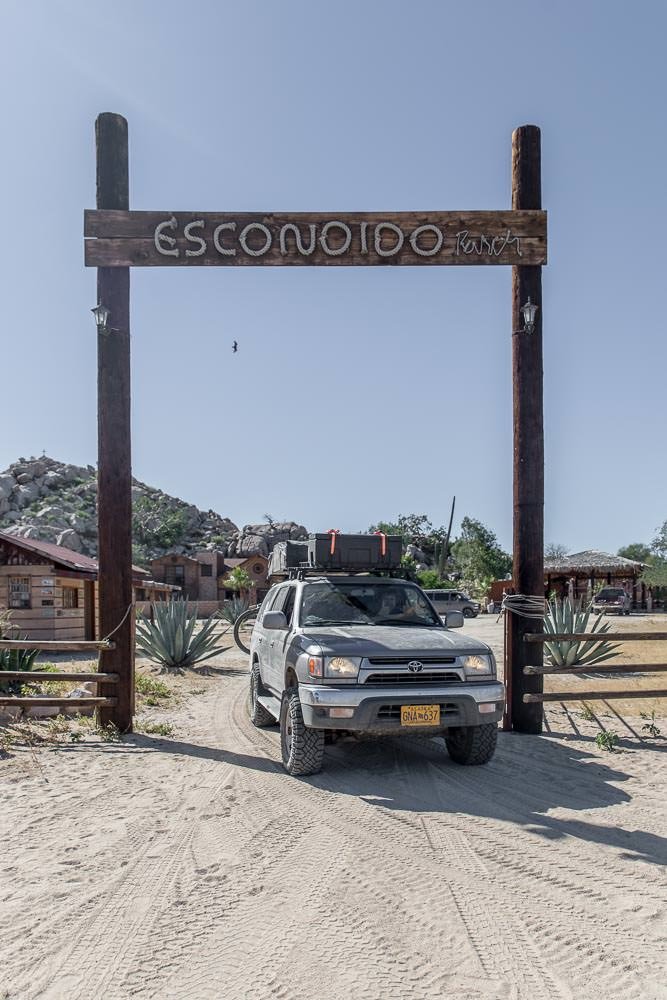 It was a bit early in the day, so we just dropped in for some freshly ground coffee and didn’t stop to camp. Although the cup of coffee had us stopping a bit longer than expected. It transpired there were a few distractions.

First there were kittens. 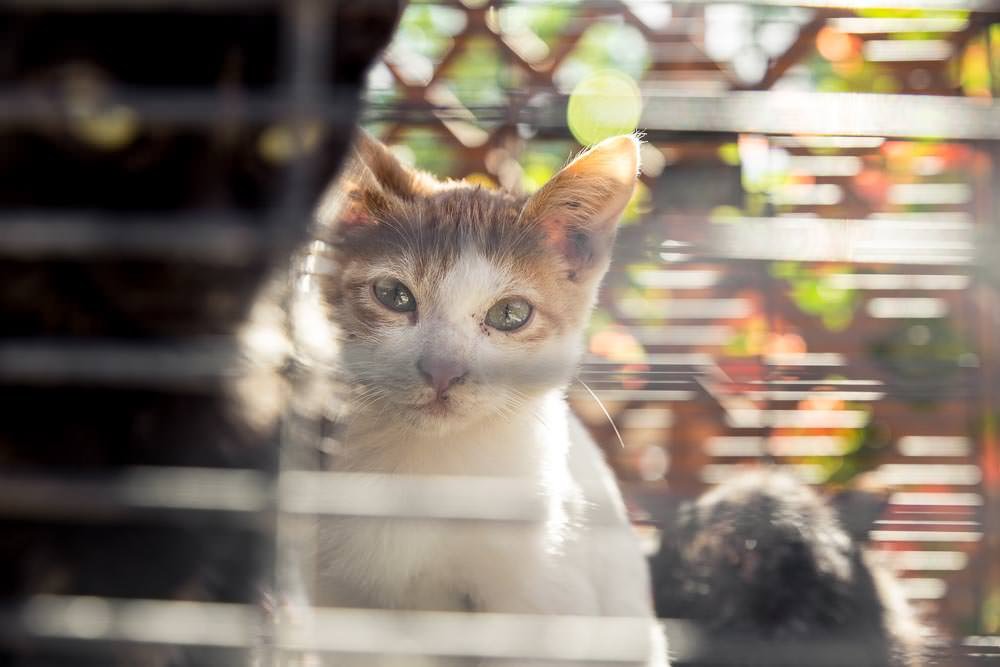 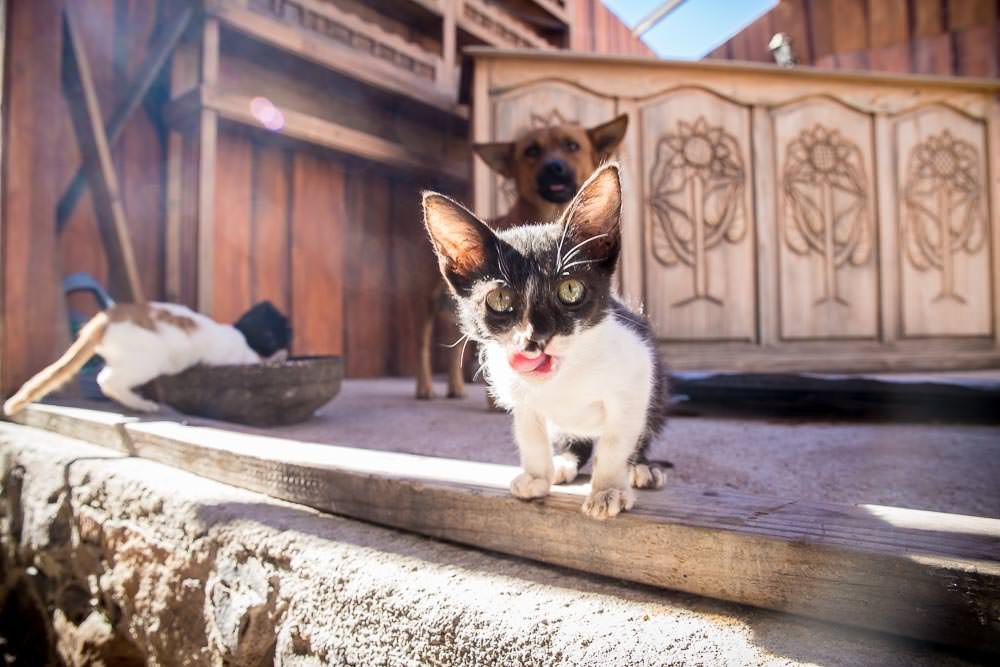 Then the ranch owner, Oscar invited us to pick some of the assorted citrus fruit from his fruit tree grove. He was incredibly patient with our sub-standard Spanish as we wandered around the property asking questions and attempting to answer his. 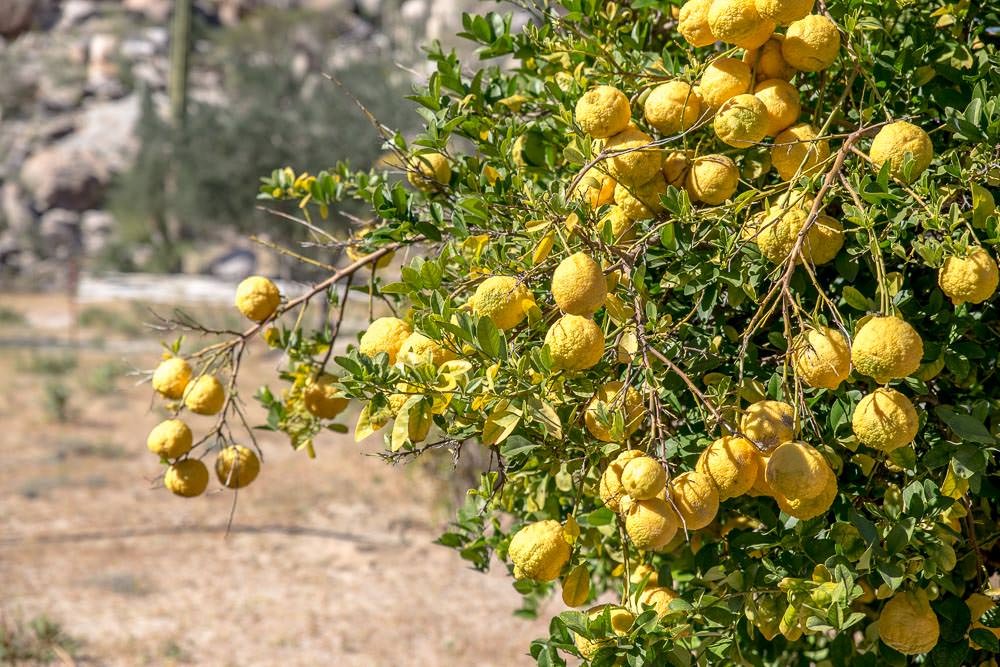 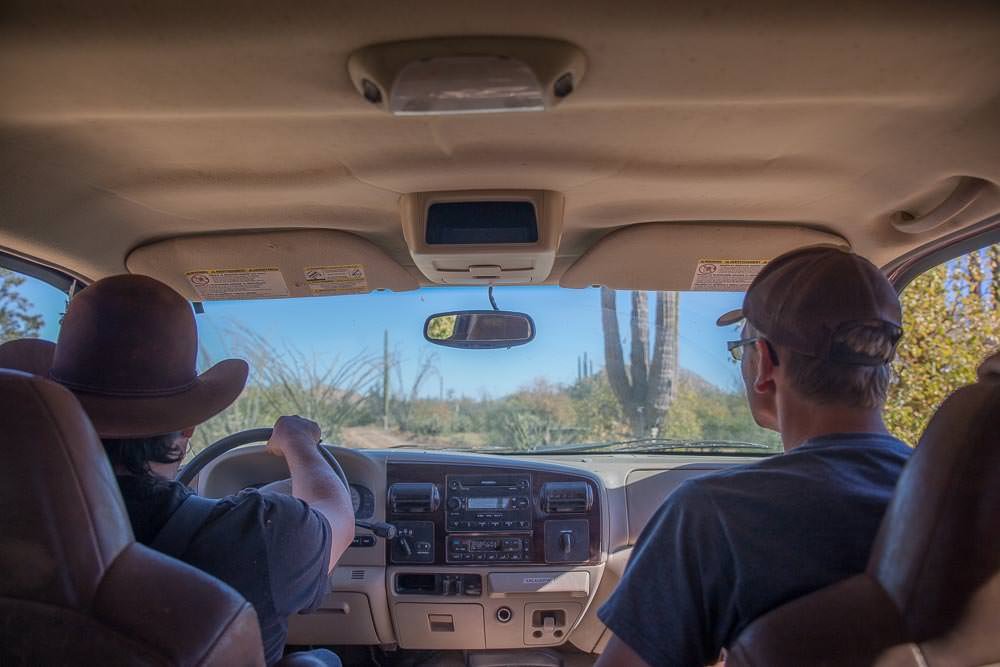 Going for a drive with Oscar and Peter (izaicinajums.com) in the front

Next thing, we were hopping into Oscar’s truck to go check out some nearby rock paintings. 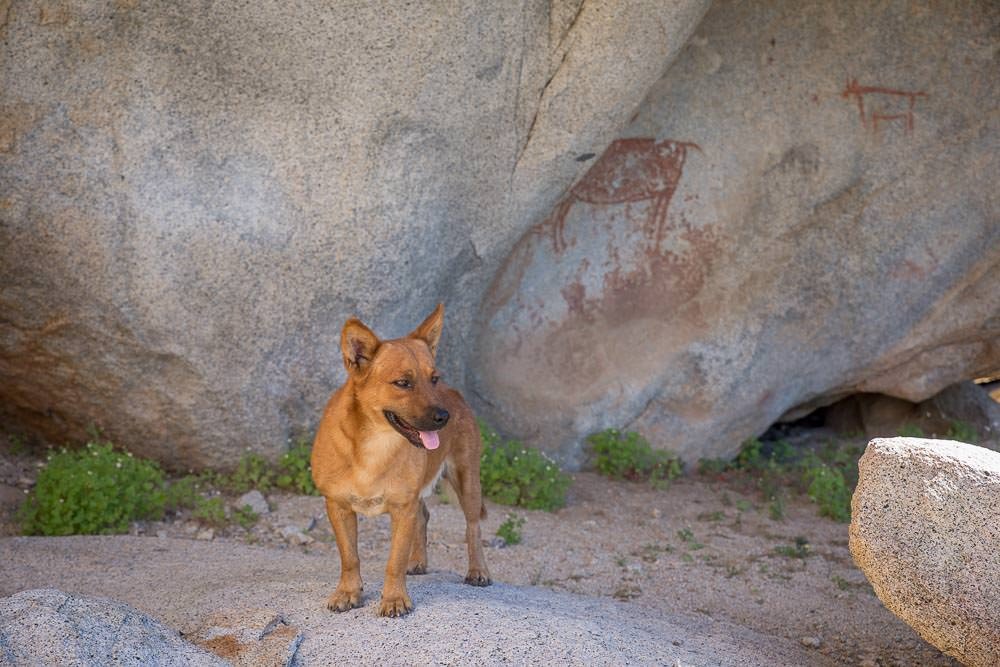 Although this little guy was pretty keen to steal the limelight.

Oscar showed us how to pick and enjoy pitaya without stabbing holes in our hands. 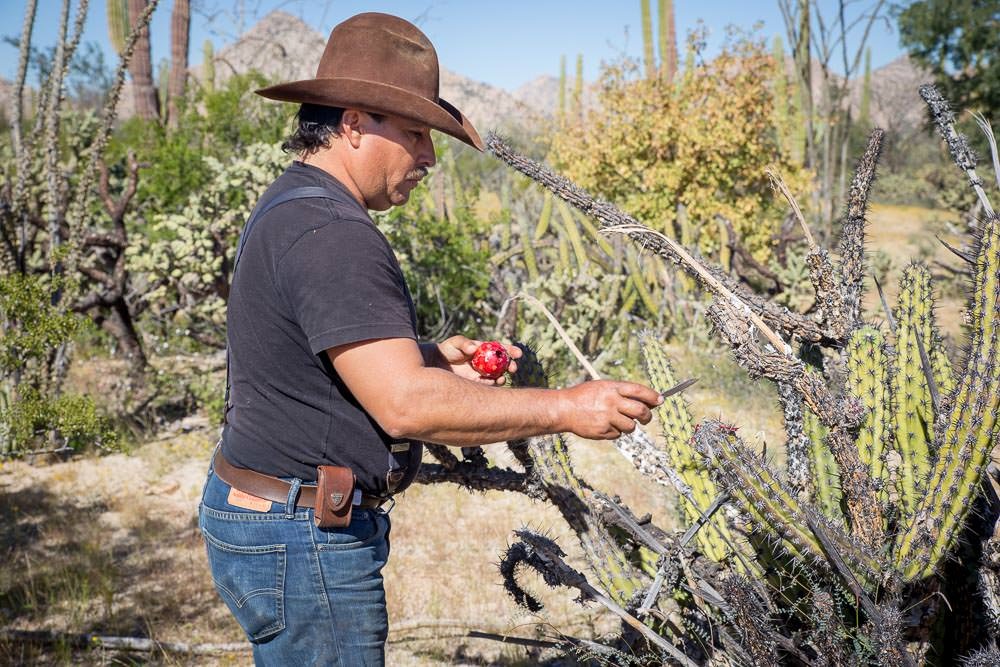 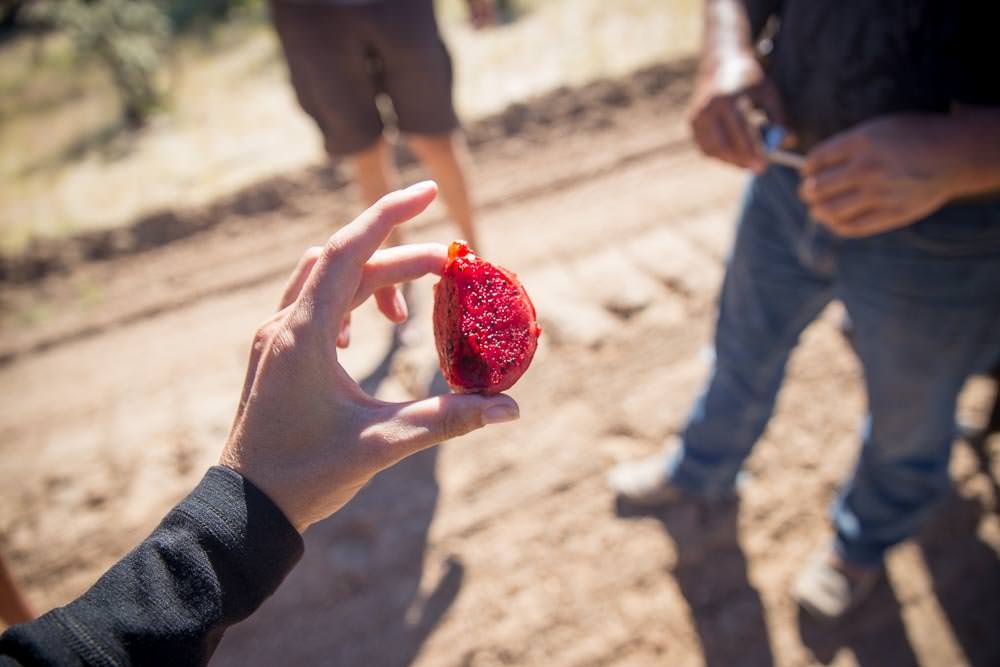 Luckily we were in Baja in just the right season to be able to enjoy this tasty snack. Even tastier when you spot it growing for free along the side of the road.

After a few hours hanging out with Oscar, our Spanish had improved, we had a bag full of citrus, were hopped up on caffeine, had our fix of scriffing cats and dogs, could name some local plants and could effectively source our own road-side pitaya. Most importantly, we had found out that along with cacti, mountains, sand, beaches, back-roads, clear skies and dramatic sunrises, Baja also had its fair share of awesome people. 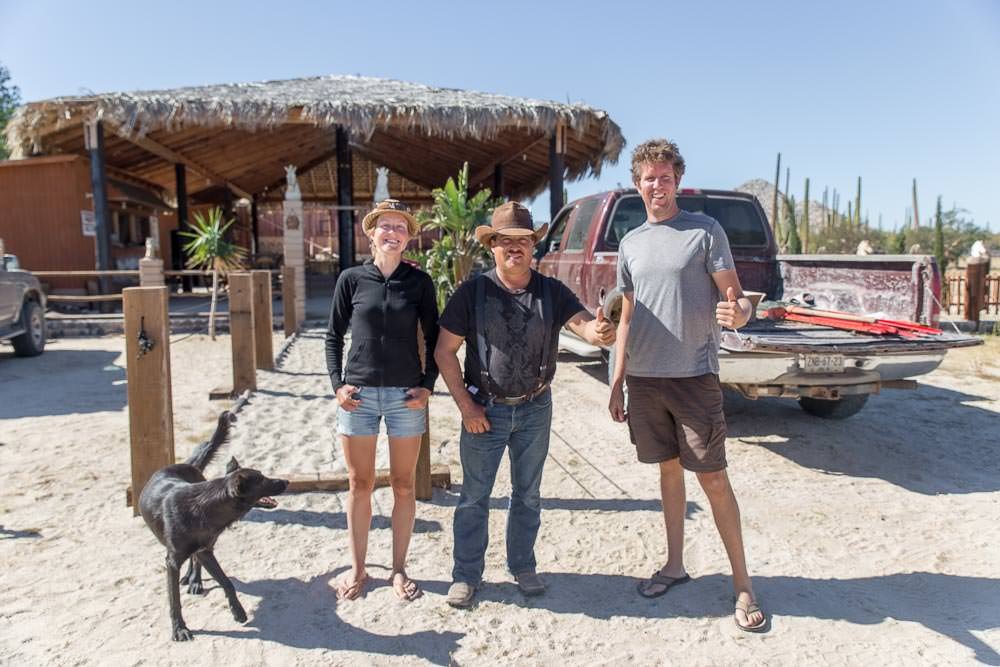 We decided to carry on, rather than stopping to camp as we had a tip for a great spot to camp for free on a stunning beach with golden sand and translucent turquoise water. It seemed like the kind of thing we should go take a look at. 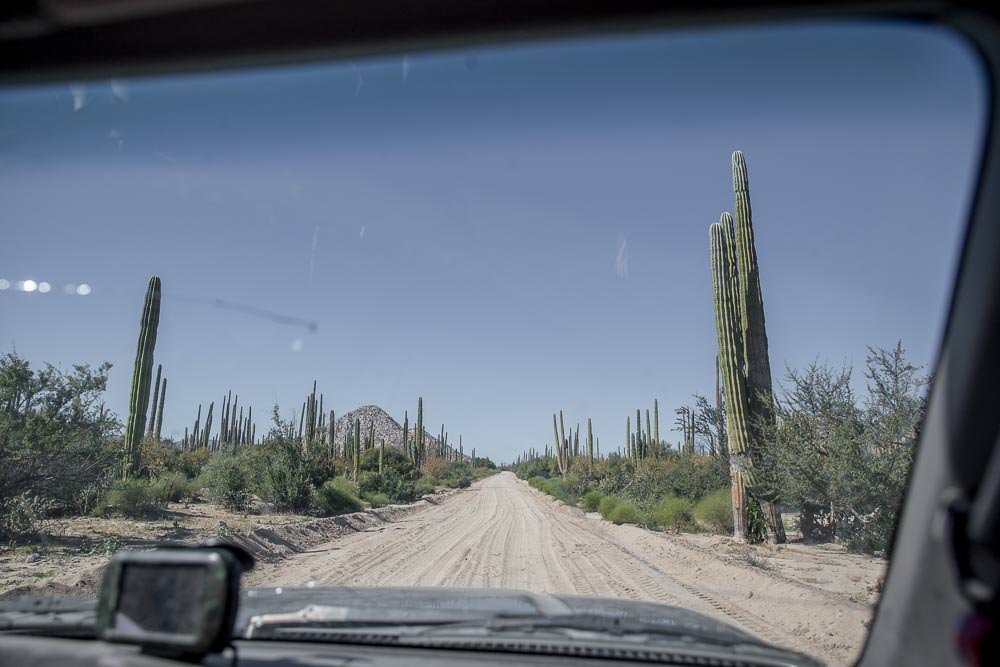 As soon as we drove off down the road, we were of course surrounded by more cacti

The promised beach did indeed exist. It was every bit as picturesque as described. 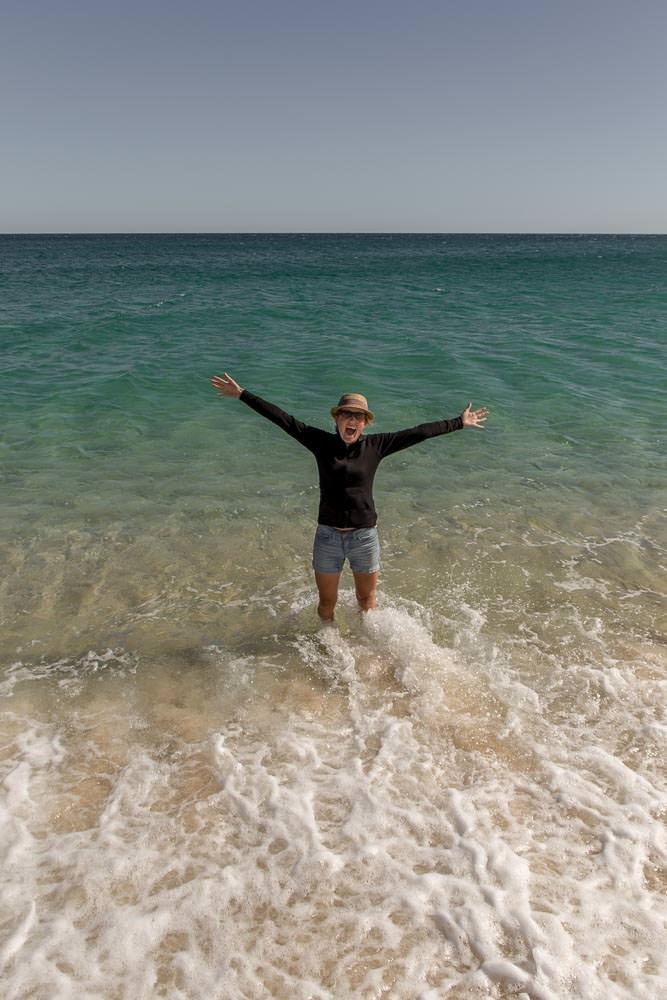 What you can’t see in these photos is the howling wind.

No one had mentioned the wind.

Luckily for the fish, he didn’t look too edible

But it turns out there is one more thing that Baja has a lot of—wind.

This wasn’t just a gentle breeze, it was a ‘Pick the sand up and sandblast your legs smooth’ type of wind.

Strong wind in our rooftop tent is loud. ‘Put earplugs in and still struggle to sleep’ kind of loud.

After driving around some more and failing to find any shelter from said howling gale, it was getting a little late, nobody really felt like driving much further, so we opted for the far less glamourous camping option of ‘on the side of the road in a stony wash’. Not quite the golden, sandy beach we had pictured relaxing on.

This turned out to not be the worst idea in the world, despite the ever-present death thorns from the cacti which littered the ground. There was 0% chance of precipitation, it was out of the wind, it was quiet and it was a great spot from which to film a line of busy ants carrying their carefully selected leaves back to their nest. (And you were expecting another night sky time-lapse—it isn’t all clear skies and sunsets in Baja!) 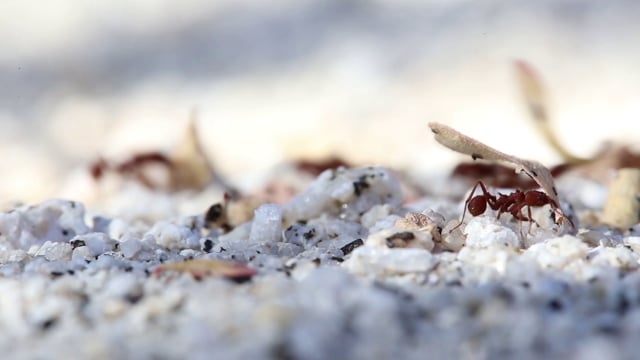 From our campsite in the stony wash, as we made our way back across the Peninsula to Guerrero Negro, we had seen a lot of what Baja California Norte had to offer. It was now time to take a look at the south. 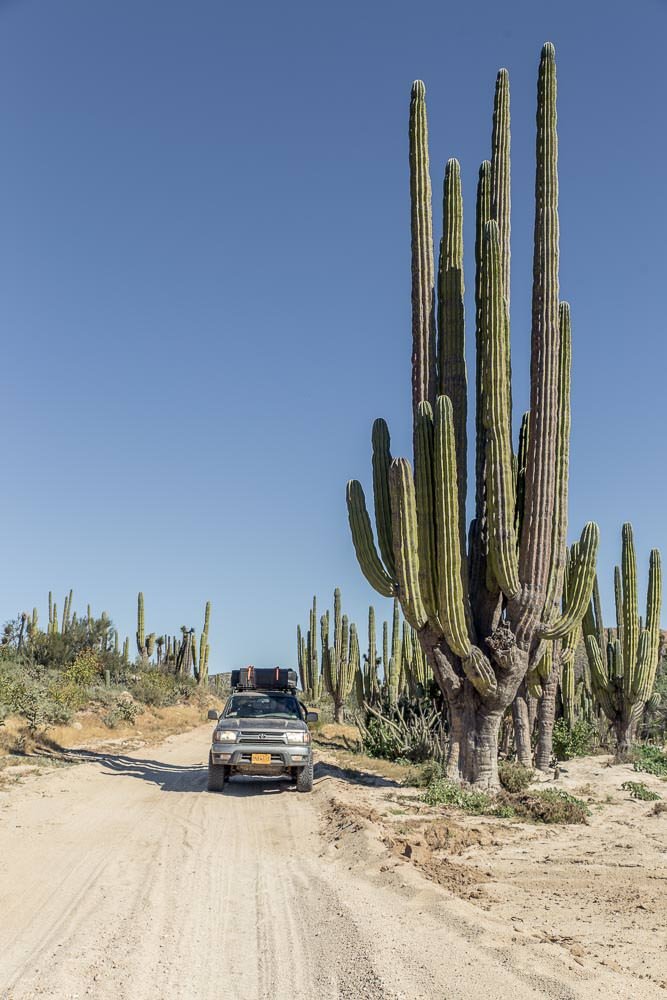 On the road inland, we unsurprisingly saw a few more cacti

What we did learn though, it that it isn’t just Highway 1 that is narrow with no shoulders… 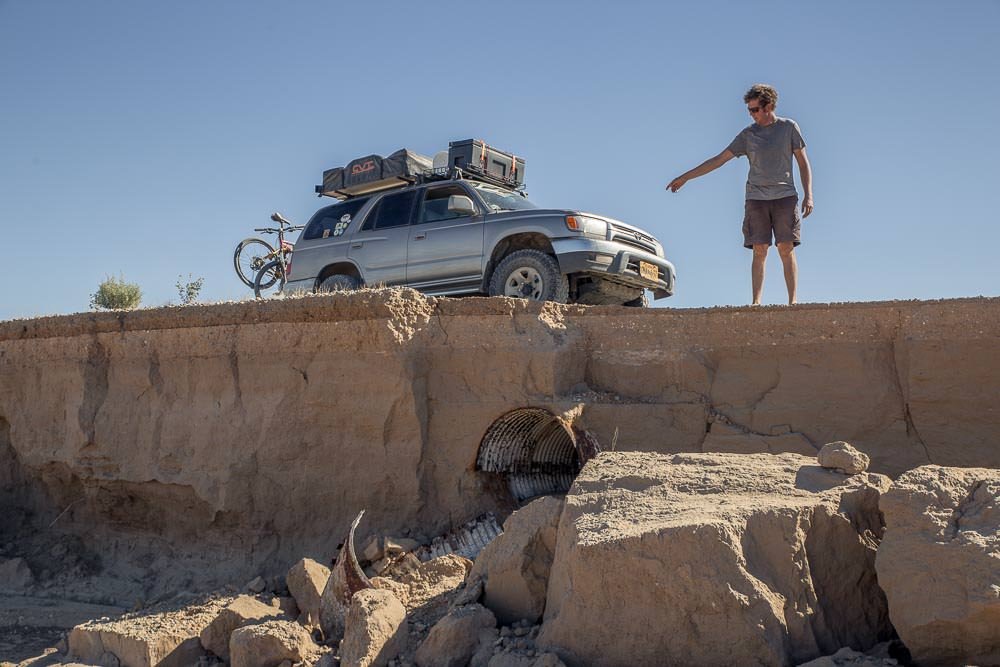 Tune in to our next update to see if we actually found anything other than sun, sand, cacti, beaches, dust, back roads, sunrises, sunsets or clear night skies* in Baja California Sur.

*By all accounts, not a bad list of things to find…