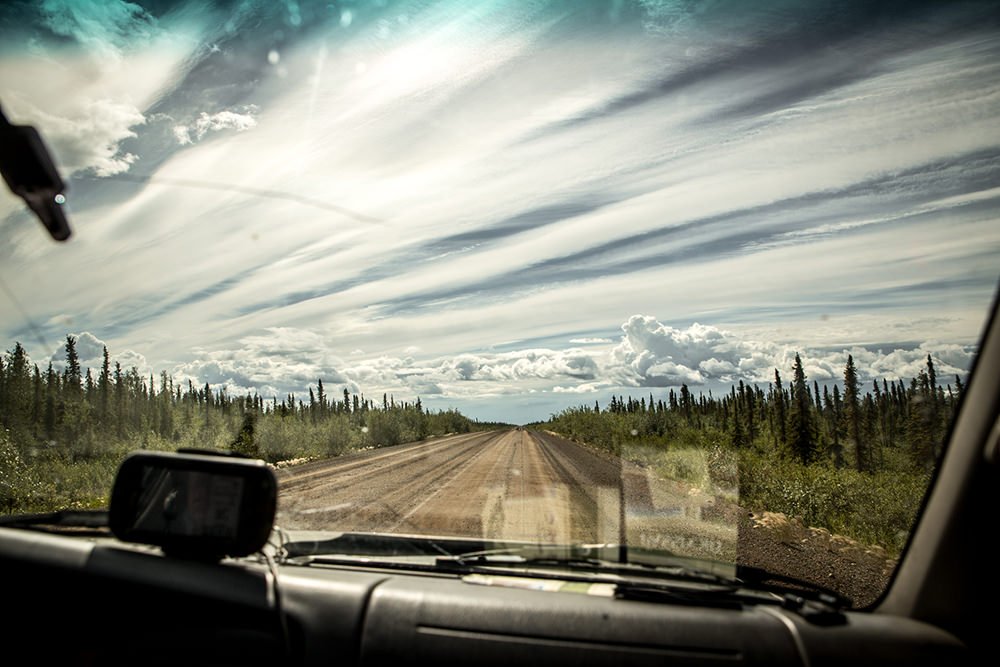 Not satisfied with one trip above the Arctic Circle. Who would be? We decided it was time to investigate the Canadian Arctic and find out the Northwest Territories had to offer (or at least the small part of it that we could afford to visit—both financially and in terms of time).

It seemed like the logical thing to do while we were in the neighbourhood at any rate. 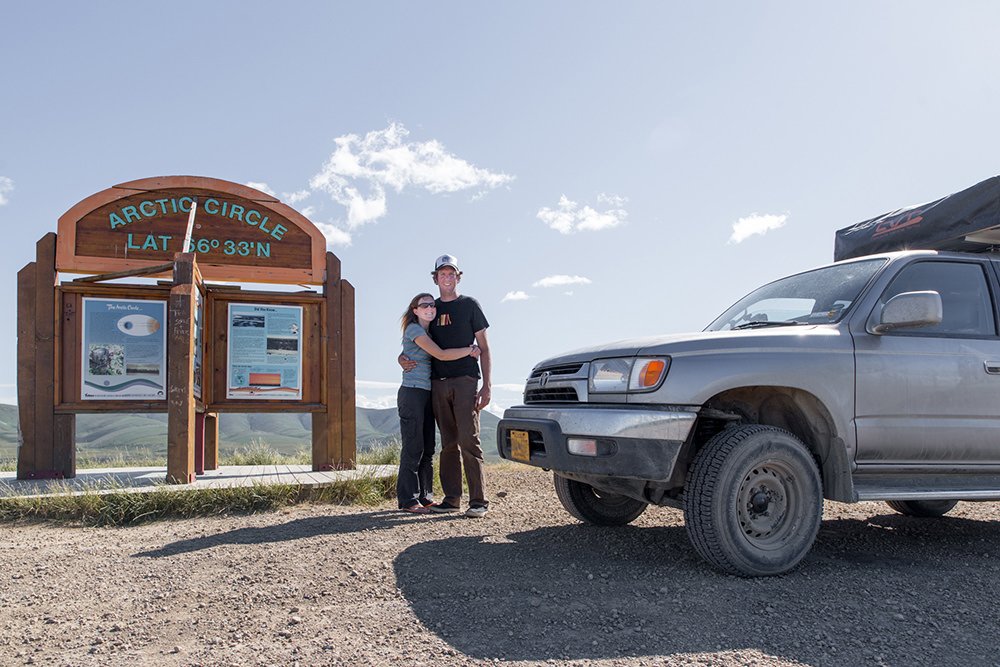 We had been warned that the road was rough and that it would shred our tyres, but since everyone had said the same thing about the Dalton Highway, we weren’t too apprehensive about the journey.

Even as we eyeballed our badly balding tyres before hitting the road.

Not far out of Eagle Plains we passed a family wrestling with a punctured tyre. We stopped to offer assistance and they informed us that it was their third puncture of the day. So we’d been pretty lucky so far.

The luck had run out the next morning when after a stormy night perched atop the highest point of Eagle Plains, we awoke to sunshine and our first official puncture of the trip.

We were, however, conveniently situated just a few hundred metres from a tyre repair shop, so after swapping out the spare, we soon had our newly repaired tyre in hand and we were on the road again. 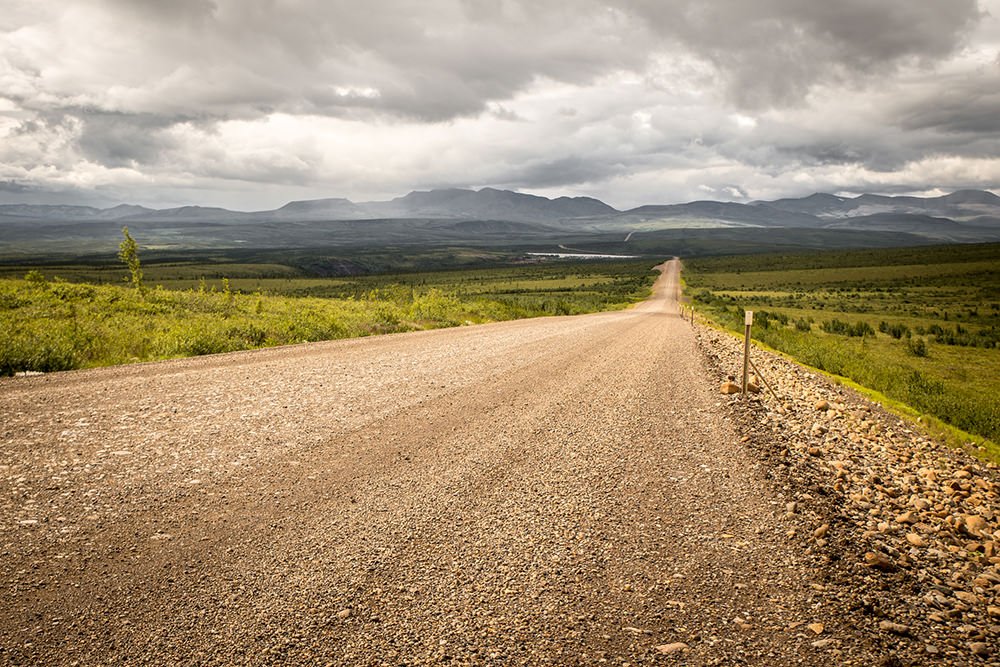 The good thing about the Dempster Highway is that, (unlike the Dalton Highway which finishes at Deadhorse, and hasn’t got a heap going for it) the final destination is Inuvik. An actual town—which, conveniently, while we were there, was hosting an arts festival.

We had the opportunity to wander around checking out paintings, sculpture and textile art that we couldn’t afford. We did get to chat to the artists about their work, which was a reasonable alternative to shopping.

The evening events programme included music, drum dancing and an Inuit games demonstration, all of which were very entertaining. The highlight of the local jazz band’s performance however, had to be listening to what had to be the world’s most awkward stage banter. We’re pretty confident that the two lead singers hated each other.

The town of Inuvik isn’t large, but being so far North of most places is does have its fun wee quirks.

We took a tour of Canada’s northernmost green house, under the roof of a former ice skating rink. Not sure why they needed an indoor ice-skating rink up there in the first place. There is only a short growing season, but the 56 days of 24 hour sunlight ensures some very successful plants. 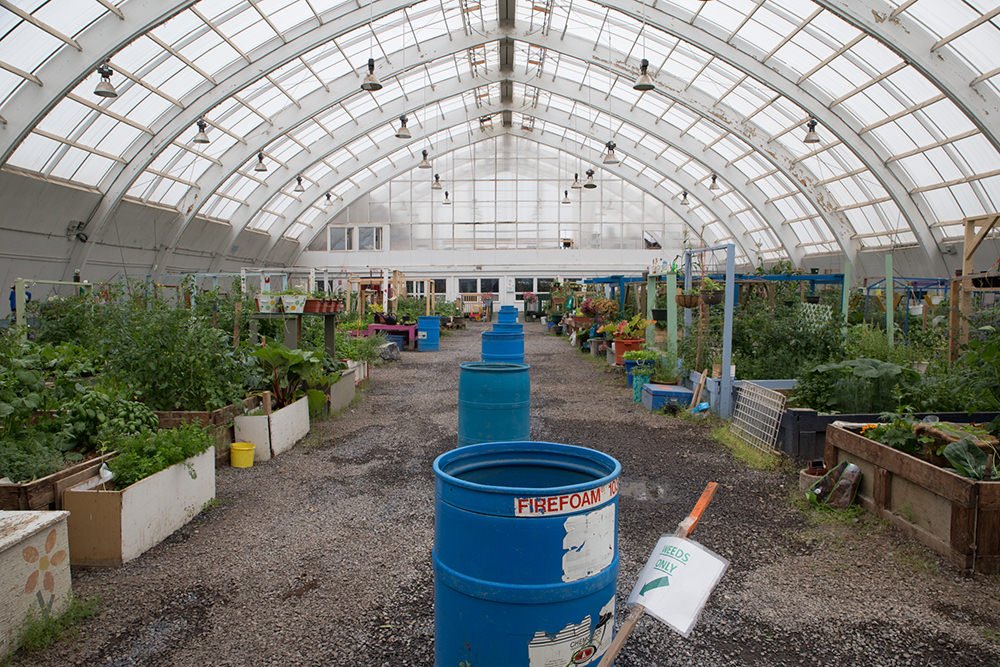 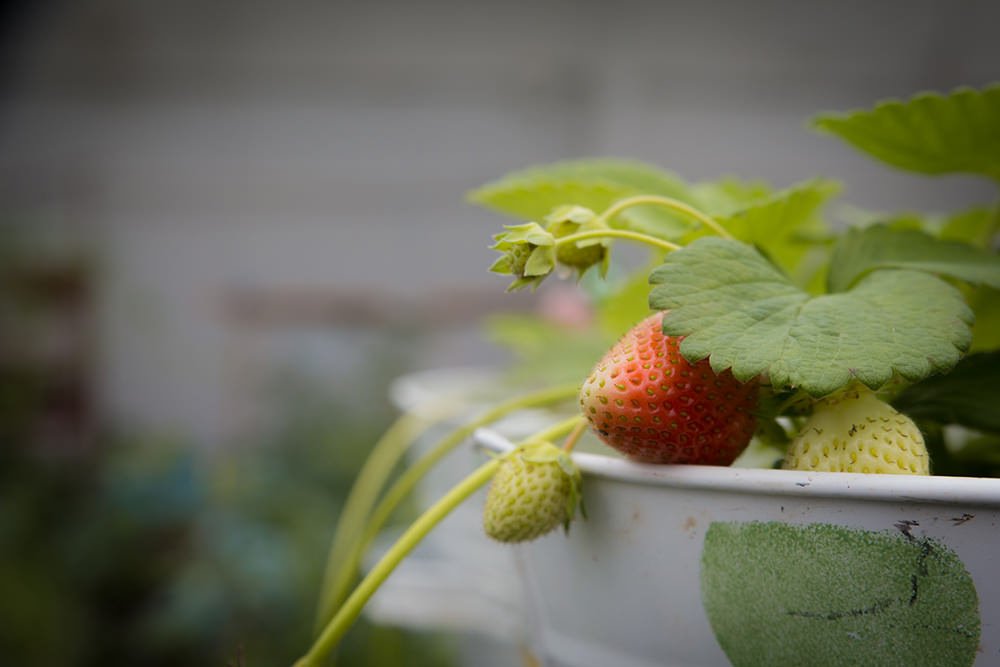 We faffed about and missed our opportunity to take a tour of the Igloo church. 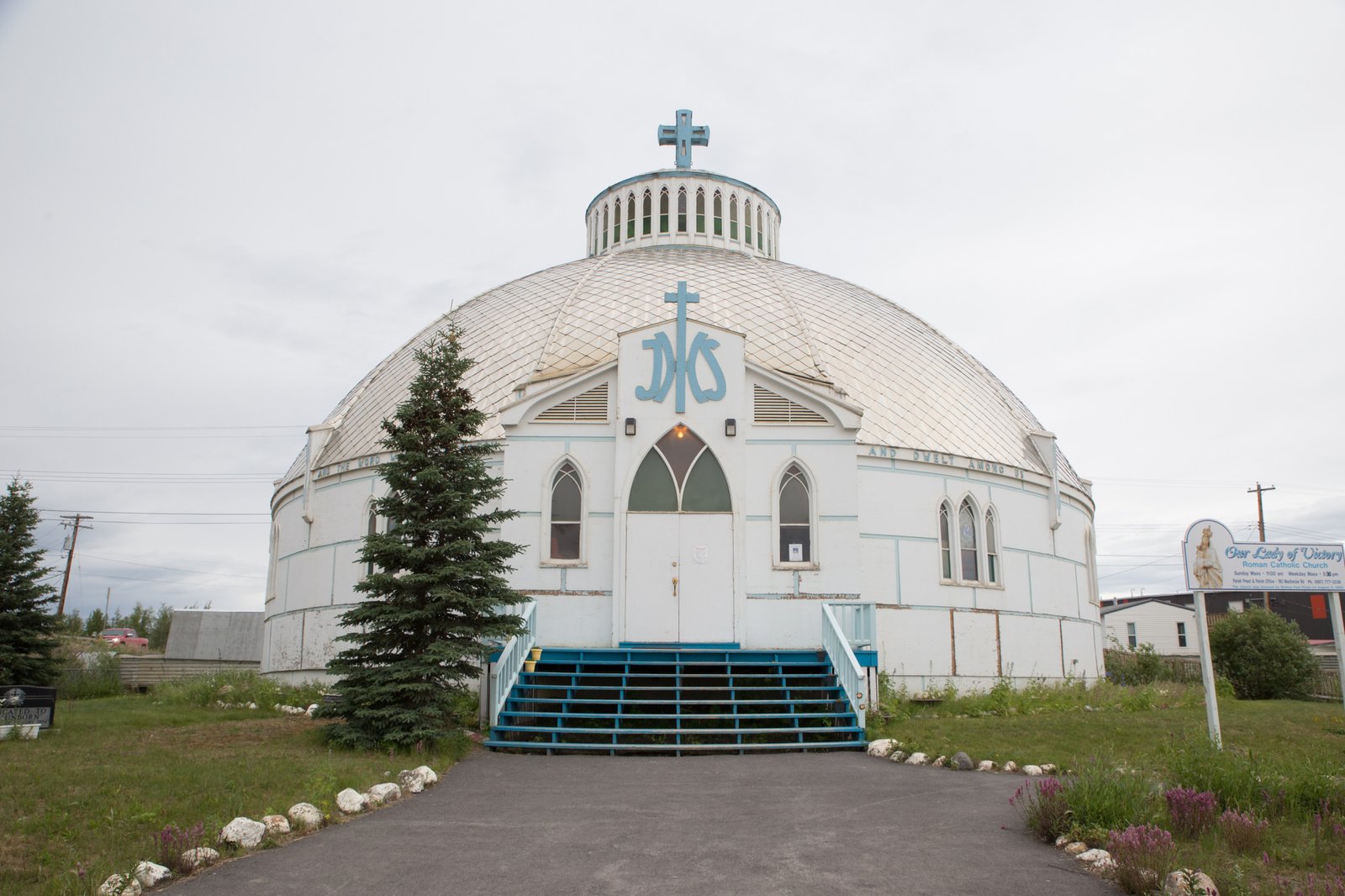 We had tasty takeaways from Canada’s northernmost food cart.

And we were too cheap to take the tour to Tuktoyaktuk, although our awesome campground neighbours did and said it was pretty darn brilliant.

Flat tyres: I guess it was technically 2 for 1. But that is the subject of another blog post

The Happy Valley Territorial Park in Inuvik was a great spot to set up base for exploring the town.

How to get to Tuktoyaktuk: Currently you either have to drive to Inuvik when the ice road is open or book a plane or boat ride to get there. Work is however underway to complete an all-weather road as far North as ‘Tuk’ which means that from approximately 2018, an all-season road will allow travellers to continue onward to dip their feet in the Arctic Ocean.

Camping: As far as camping goes on the way to and from Inuvik. If you are travelling in summer you need to be prepared for mosquitoes. Eagle Plains is quite windy and exposed so is a good stopping point if you want a break from the biting. Although plenty of the other campgrounds on the way are in great locations that are worth battling a few mozzies for.

The Tombstone Range looked well worth some exploration, but the weather had packed in by the time we began our return journey, so we didn’t end up exploring the area as much as we had hoped we would. 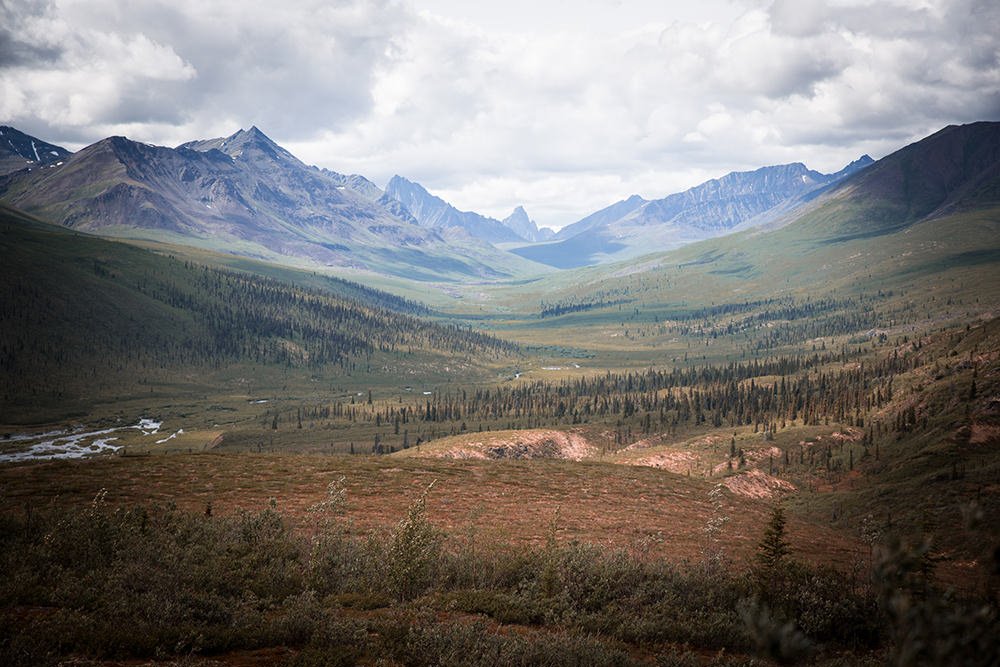 Get decent tyres. Balding tyres are a pain in the arse. Also, if perchance your tyres are an odd size, make sure you pack a spare. The family we saw just out of Eagle Plains ended up having to leave their trailer there and fly a new tyre up to Inuvik in order to drive it back to Eagle Plains and install it before driving out. The guy at the tyre shop told them their tyres should never have been on the road. But that’s ok, because he said ours shouldn’t have been either. We had a spot of bother, but nothing that frustrating fortunately!

Groceries are expensive in Inuvik. If like us, you arrive from Dawson City where the groceries are also expensive, take a visit to the northernmost food cart in Canada. With freshly made burgers and hand cut fries, you’ll soon forget the expensive grocery woes.

adventureArcticArctic CircleartdrivinggravelmosquitoesNorthroadsummertyres
« Second Battery and a Fridge
No, Emma, you can’t have a puppy »