Three years ago, we were sitting looking over Machu Picchu. Sick of shuffling around like we were in a busy shopping mall, we had opted for hiding from the morning crowds in the quarry. We sat down and scoffed our Snickers bars we had carried with us for just such an occasion. 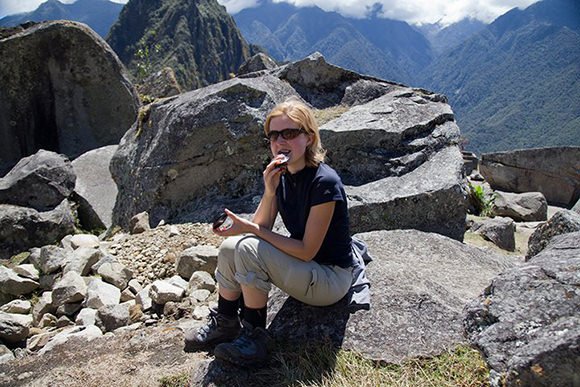 After four days of relentless rain and even a bit of snow, it was a real pleasure to stretch out in the warm morning sun and soak up the magic of the cloud forest stretching down the rugged mountainsides below. 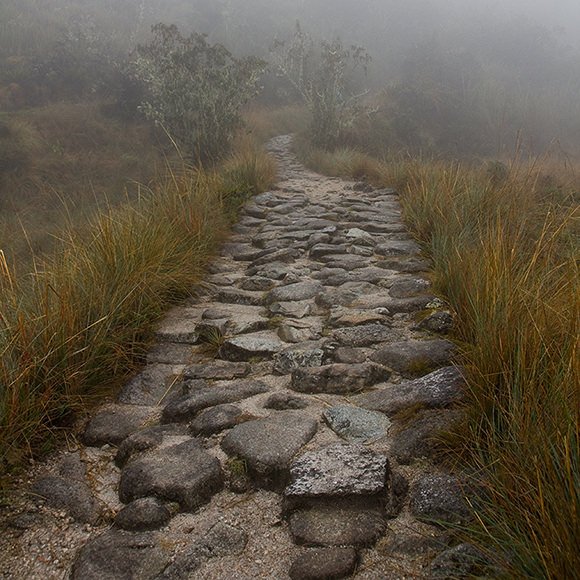 Rain on the Inca Trail

Up here the murmur of the shuffling multitudes eagerly traipsing behind their tour guides (who were explaining that every damn rock looked like a condor) was finally muffled by the sounds of nature. 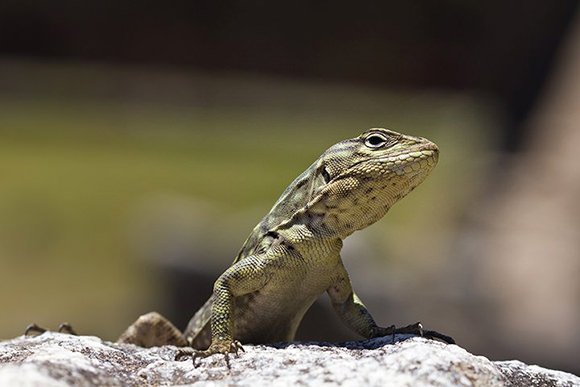 One of the lizards that kept us company.

The view was spectacular and we were still buzzing from the excitement of watching the sun rise over one of the wonders of the world.

Little did we know that at that very moment as we relaxed in the morning sun, eating our much anticipated (rather expensive) imported Snickers bars that back home the shit was hitting the fan. Friends and family were abruptly jolted from their sleep by a loud roar that turned to violent shaking.

A 7.1 magnitude quake is an alarm clock that is hard to ignore.

Blissfully unaware we calmly went about the rest of our time in Machu Picchu, spending time in Aguas Calientes before finally drifting back to Cusco. Walking into the hotel where we had left our bags we were greeted at the counter with, “Hey, you are the New Zealanders right? There’s been a big earthquake there, are you from Christchurch?”

We were surprised that there had been an earthquake in Christchurch as it is a well-know fact that Wellington is the New Zealand city that will one day be levelled by an earthquake. We assumed it must not have been too devastating, but couldn’t help but feel a bit of concern. As we cranked up our netbook and chased an elusive wi-fi signal we hoped everyone back home was ok. While Ben tried to find a signal, I logged on to one of the shared computers in the lobby and bought up our local news site, images of collapsed walls, exposing the interiors of buildings in the centre of the city filled the front page.

Our inbox was full of messages from family and friends back home recounting their tales from the earthquake. It took four days until we heard from Ben’s family, but they had just been off the grid with no power and therefore no email, everyone was fine. My brother was house-sitting with the instructions to ensure that our house was still standing upon our return. It turns out he had been given a more challenging task than expected, but despite all the shaking our sturdy wee ex-state house was still standing strong, all clay roof tiles impressively still in place.

We watched the news in a café later that day and saw more images of the destruction in the centre of the city and wondered what state the city would be in when we returned home.

A few weeks later we landed in Christchurch airport, as we crossed the city back to our house, we struggled to see any sign of the earthquake, apart from the occasional collapsed chimney. Turns out the news media’s focus on the few very badly damaged buildings had made out the destruction to be much worse than it actually was. 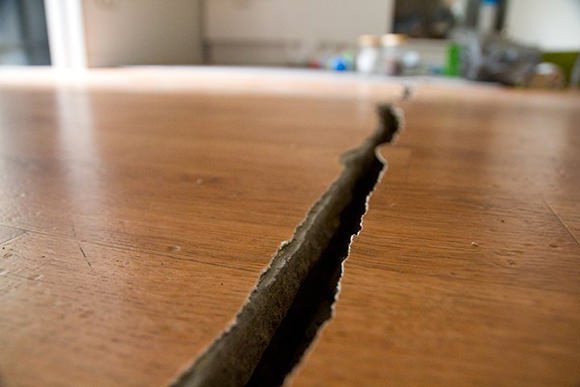 Ok this one is technically from the February earthquake, but this seemed like the appropriate place for an earthquake image.

What we didn’t know was that the 7.1 was just the first in a series of earthquakes. Five months later a smaller, but much closer and shallower quake—amplified by the volcanic rock of the hills—changed the shape and character of our city forever. Lives were lost, whole streets abandoned, the centre of town now just an empty shell of its former self.

(Although, as a footnote our sturdy wee ex-state house is still standing strong.)

Three years ago on September 4th, while our home town started to shake we were having the time of our lives. The first seed of an idea was sewn. Why go on a short trip and enjoy one or two months away when you can go on a life changing journey for a year or two? (Maybe more.)

Why not take the opportunity to head down a road, just to see where it goes?

Back then it was just an idea, but eight months later it started to form into a plan, we started saving and planning. Here we are, three years later—in eight months time we will be heading away on the journey of a lifetime.

The shaking has finally stopped here in Christchurch, but we’re still moving forward.