Burning Man—Everyone else has an opinion on it, so we feel like we should. 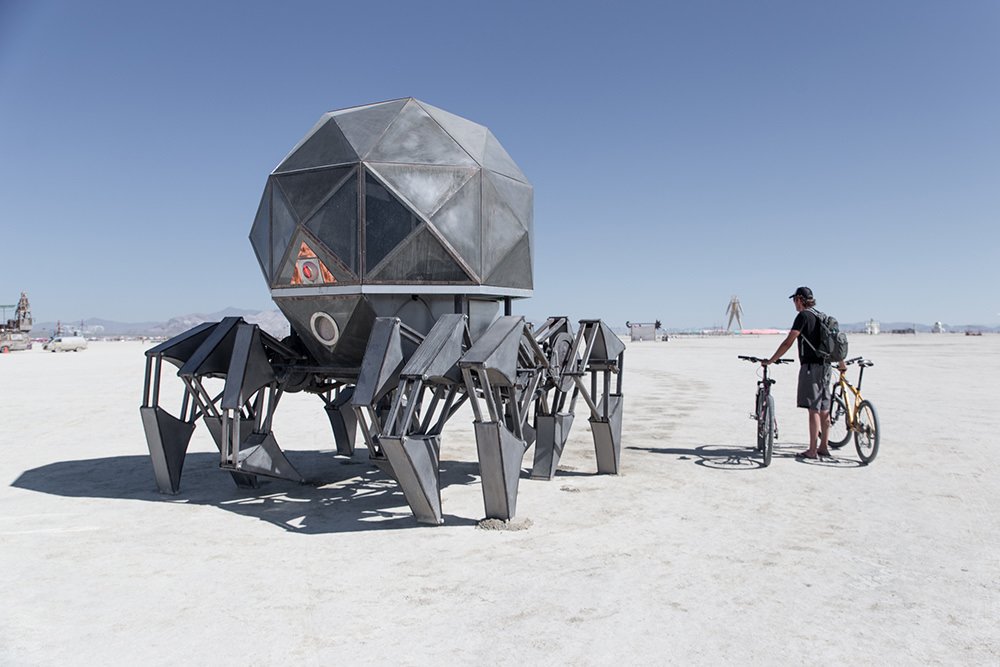 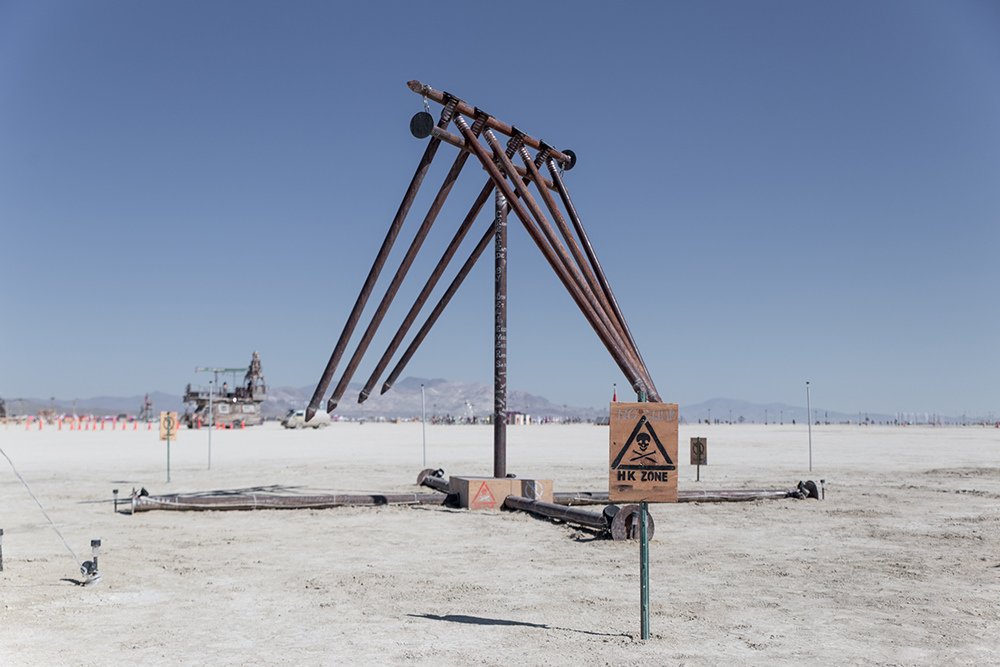 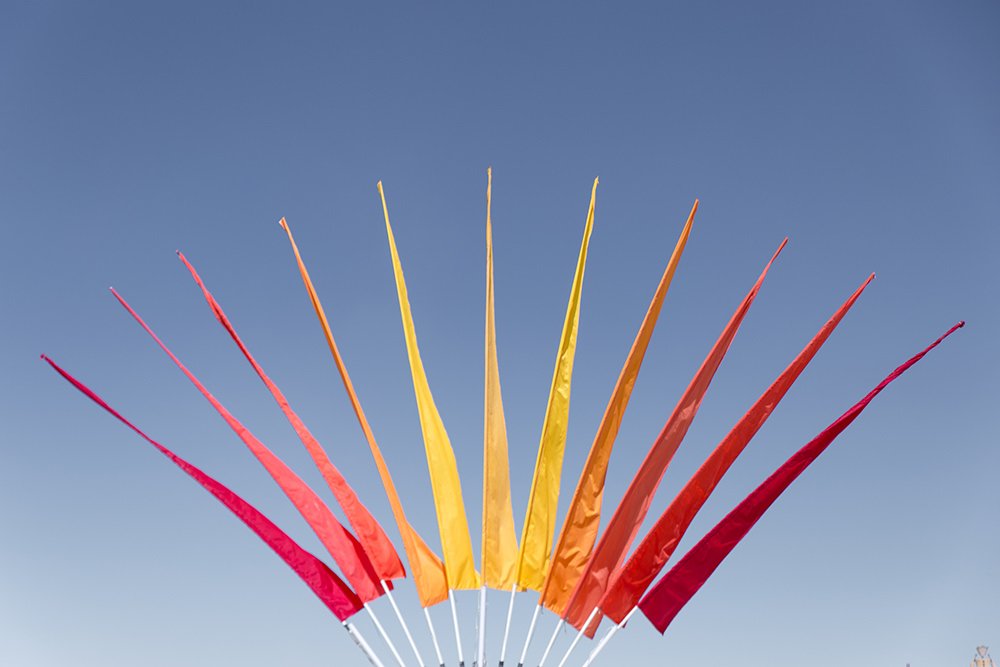 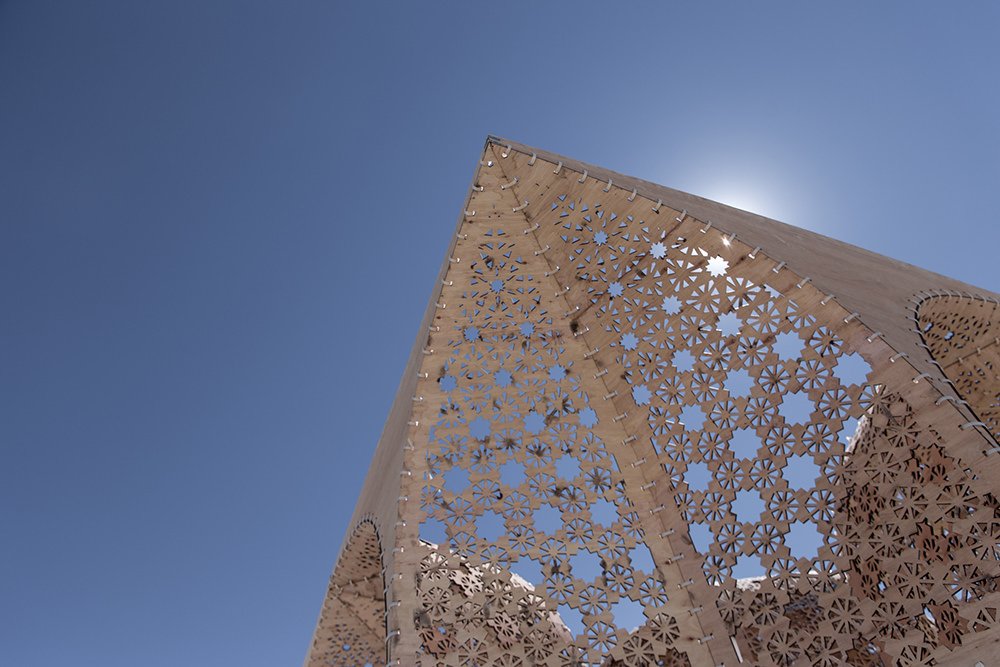 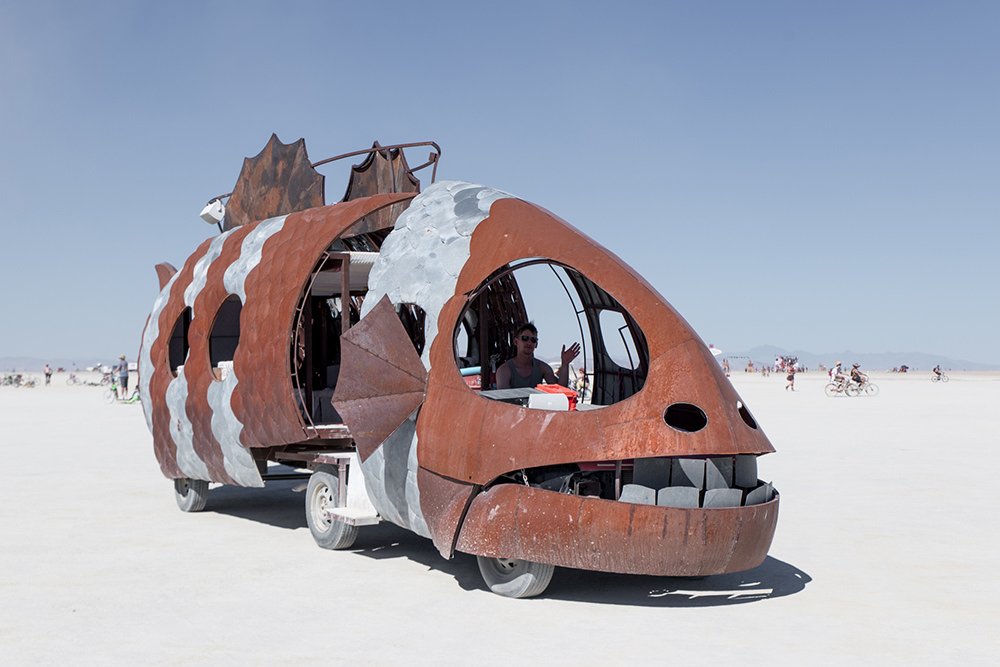 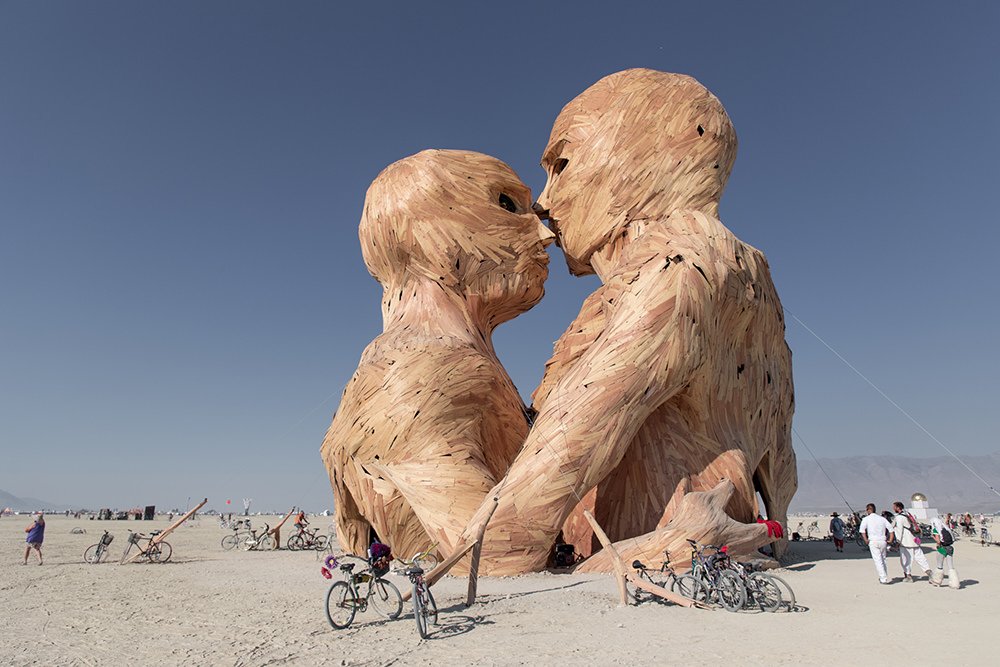 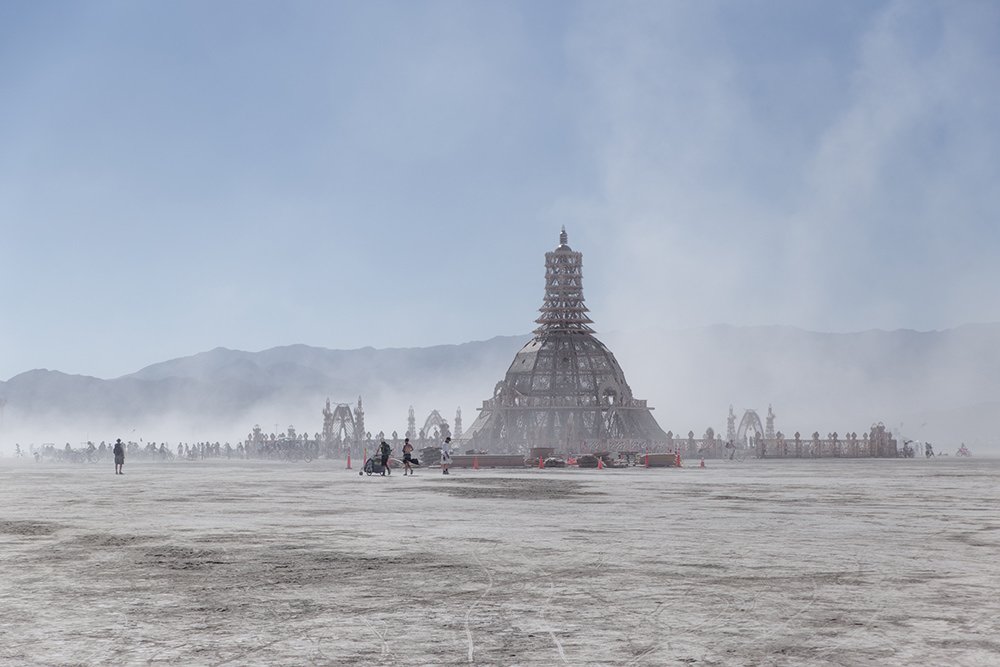 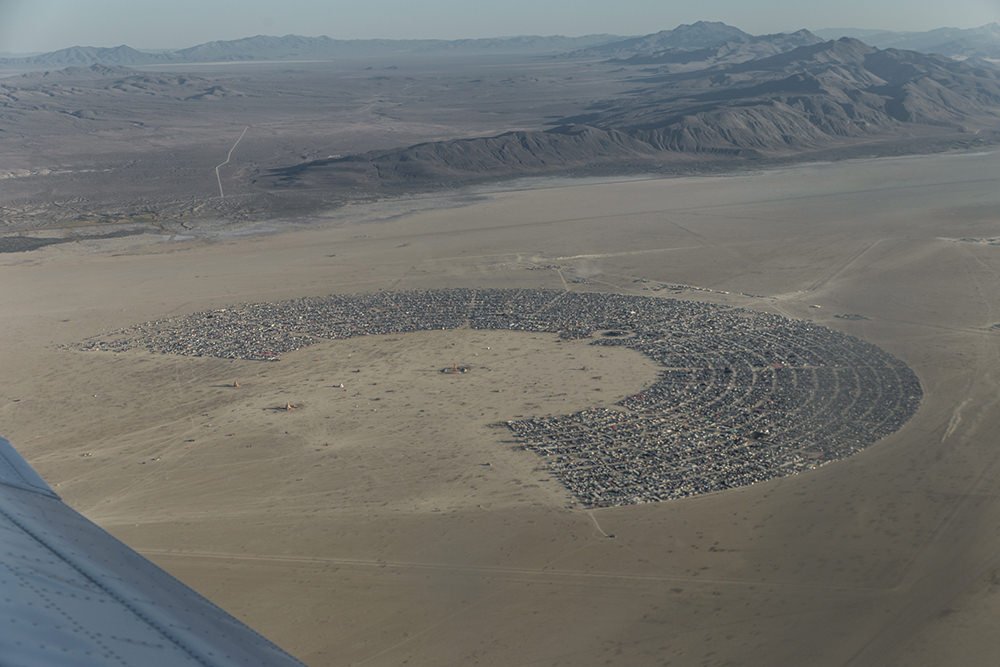 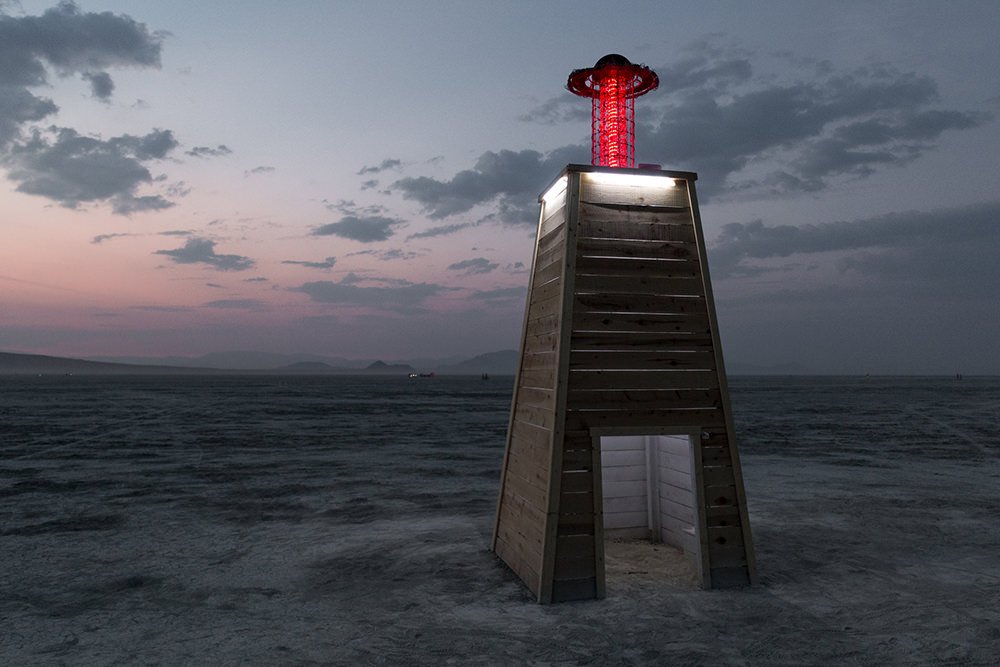 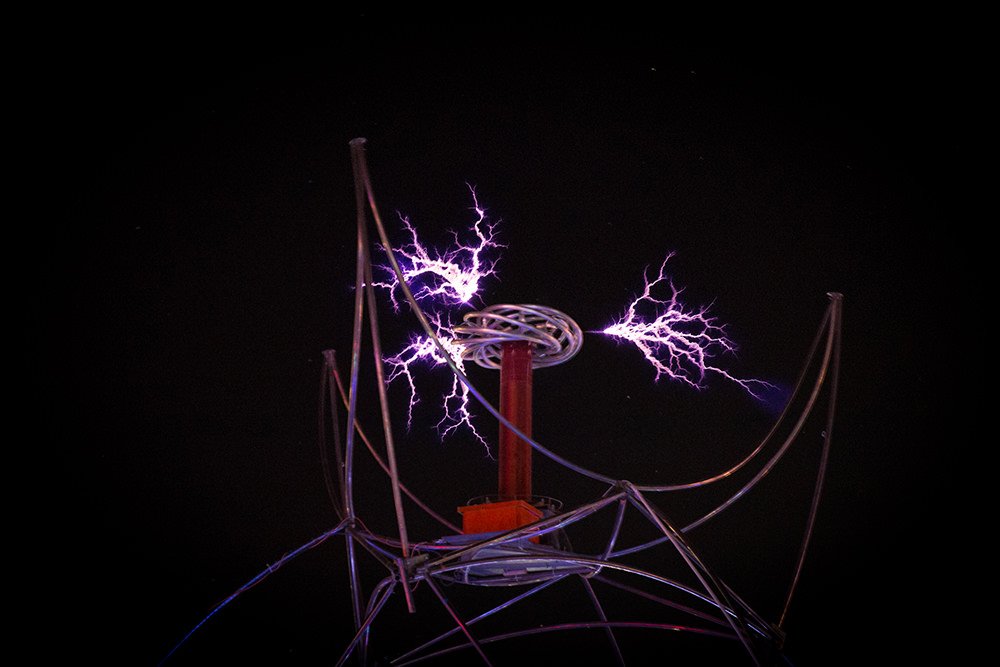 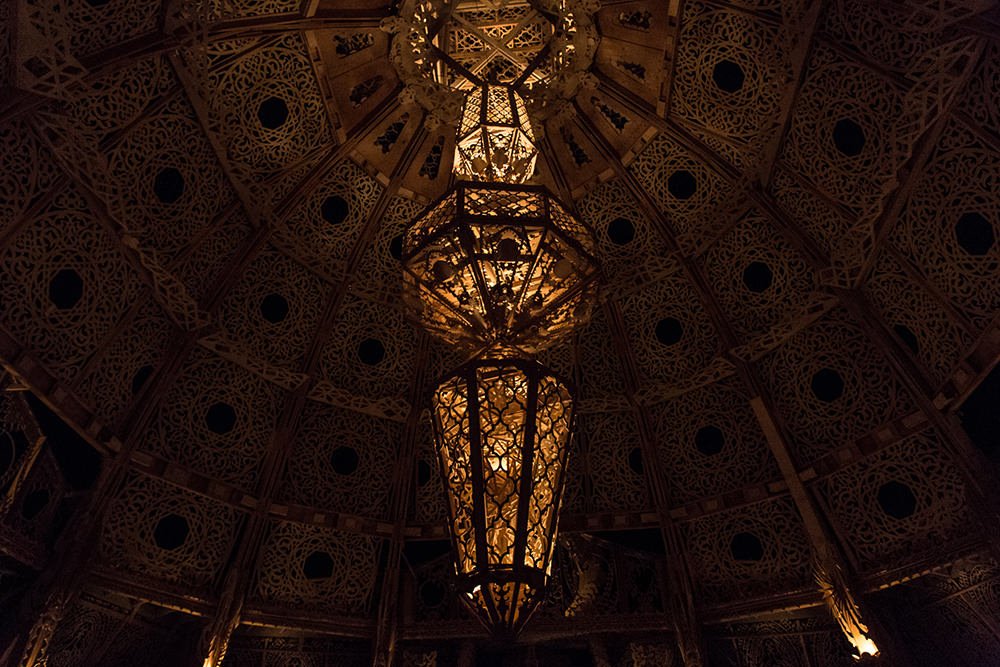 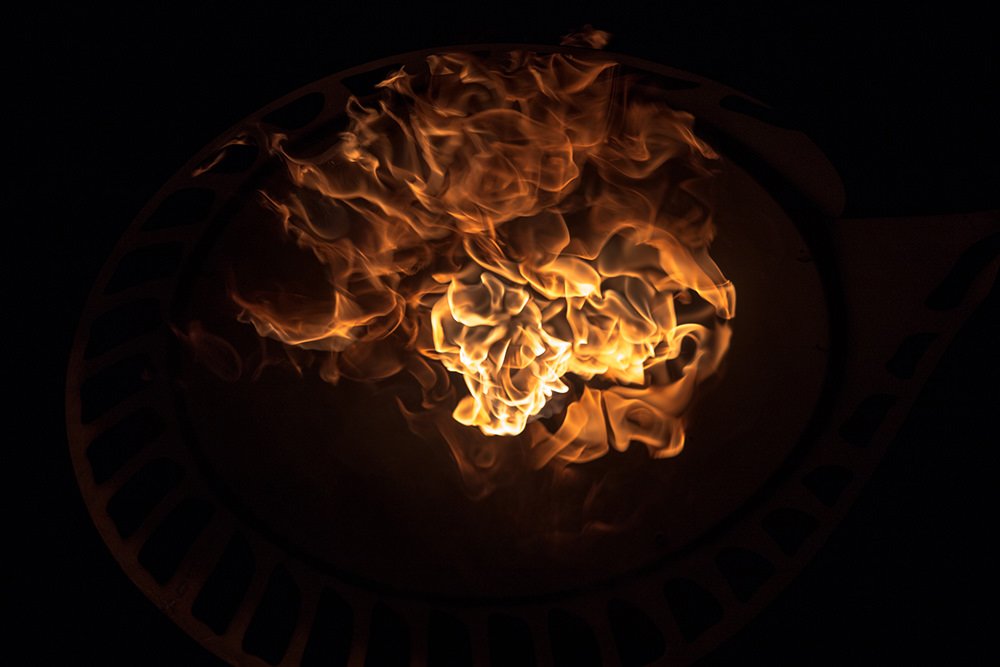 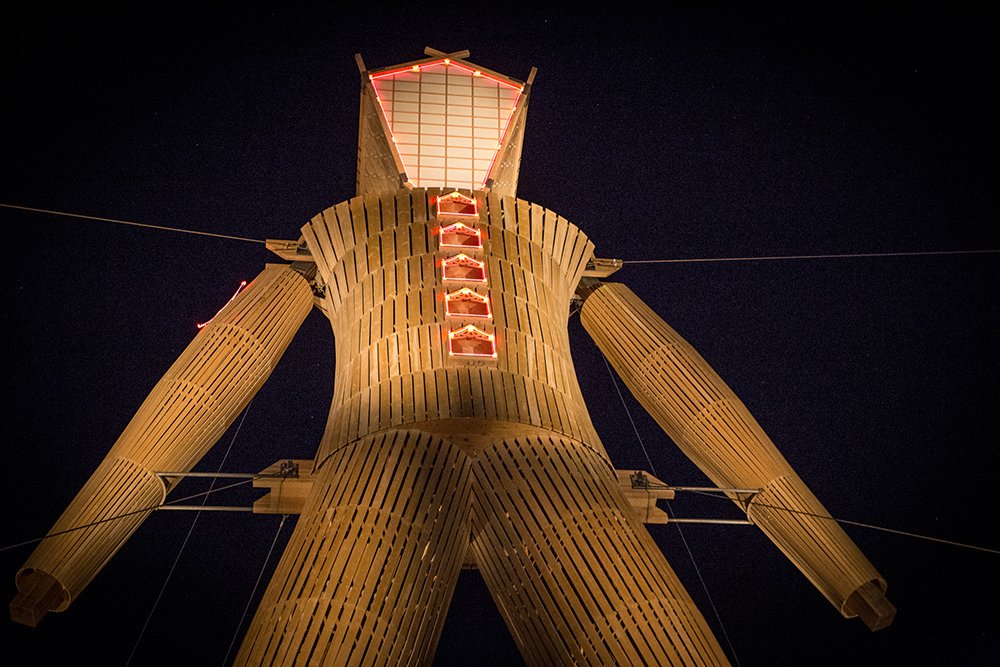 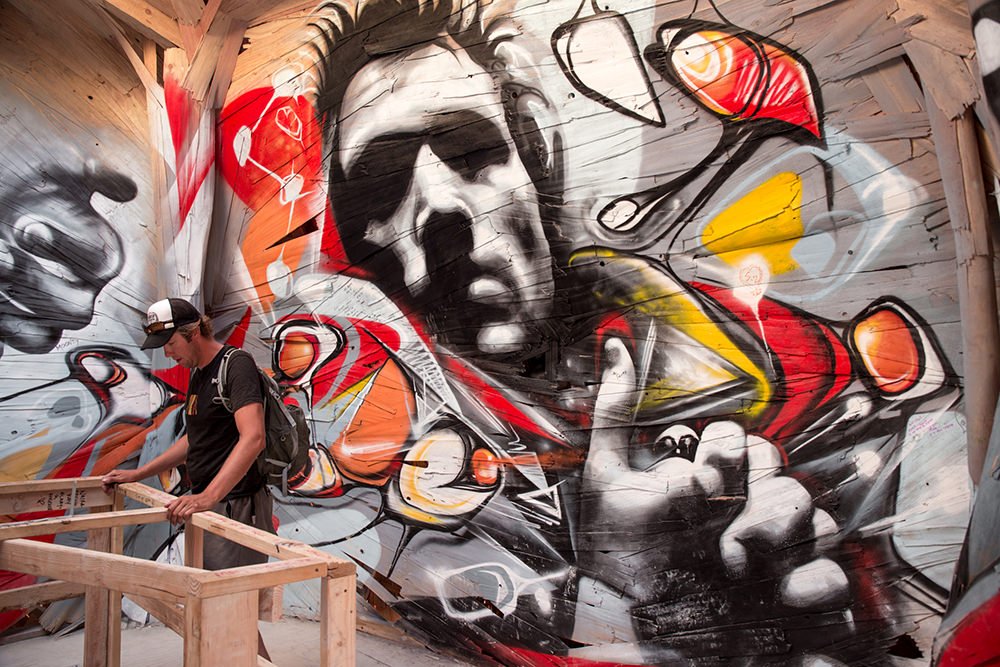 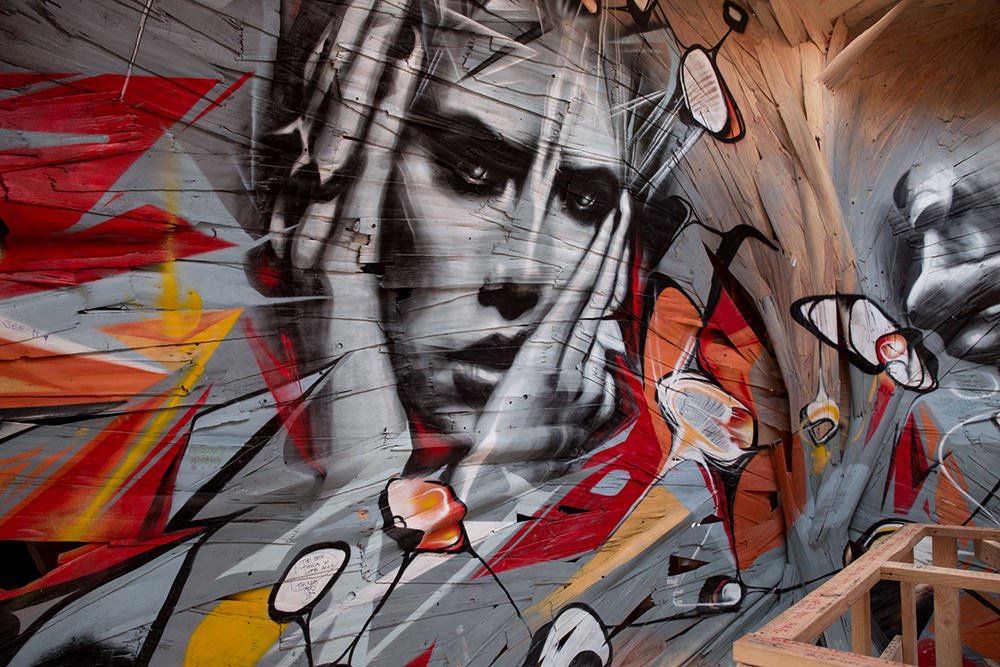 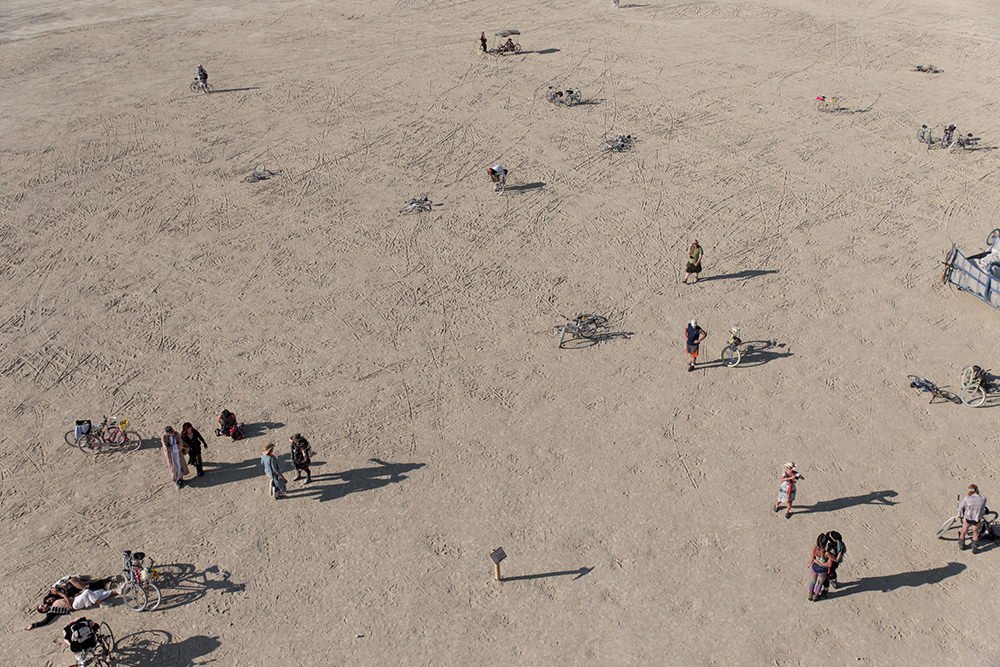 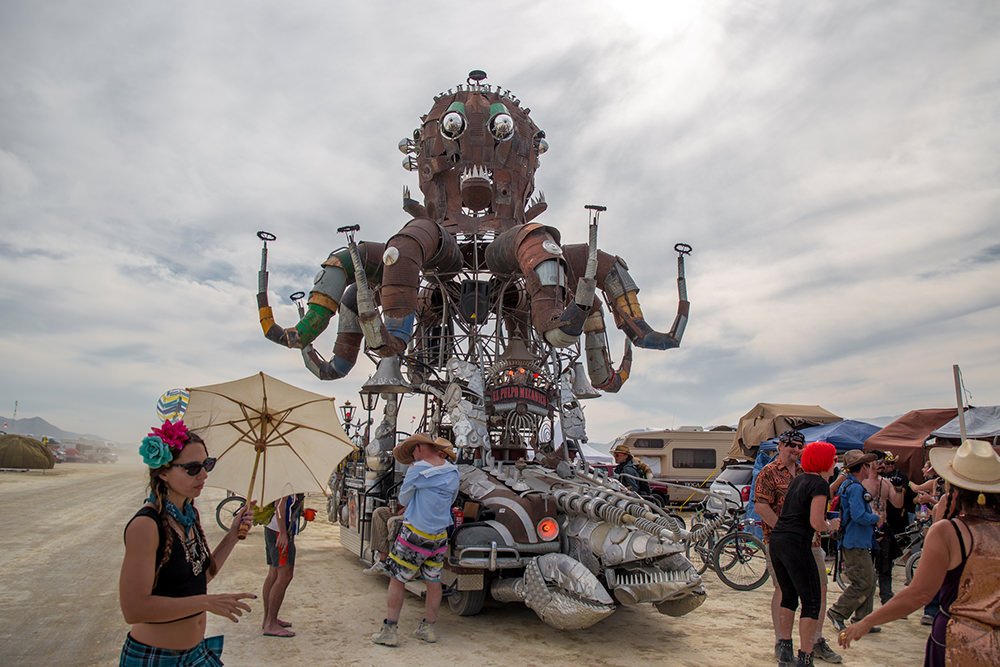 We think this pretty much sums it up, but we are still going to try.

As we headed towards the festival, we met all kinds of people with different opinions on the event. Some had attended, some several times, some had never been.

We were told we wouldn’t fit in unless we dressed crazy, decorated the truck, left our pants at home, took hallucinogenic substances, hugged trees etc. (Spoiler: not many trees in the Black Rock Desert, but several folk appeared to have left their pants at home.)

It turns out none of that is the true essence of Burning Man.

Burning Man isn’t necessarily about any of that. It appears to be about whatever you want it to be. 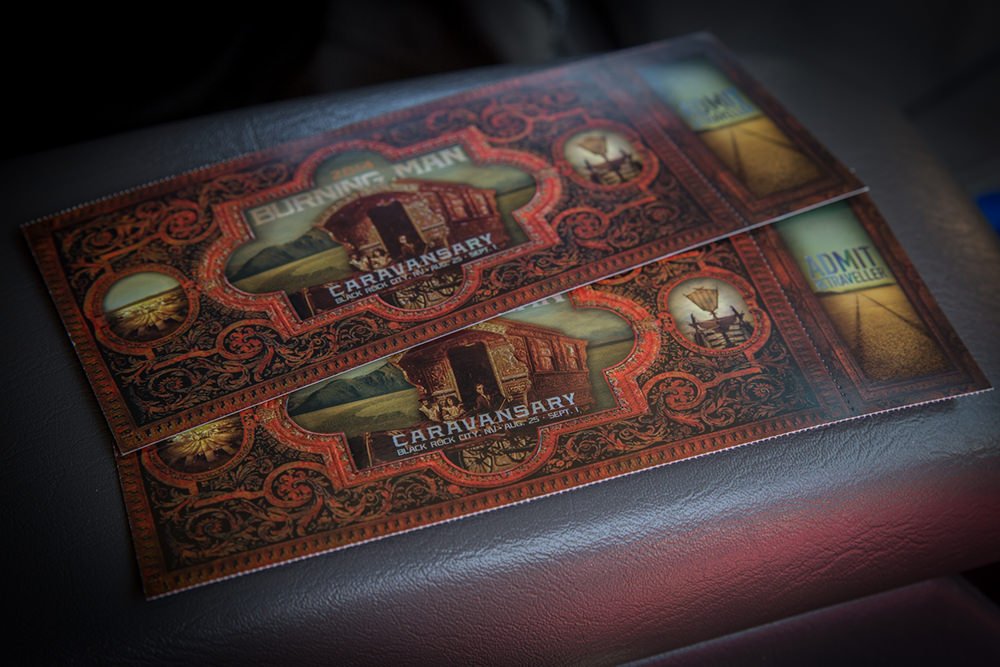 The tickets looked inviting but we didn’t know what to expect.

For those who know nothing about the event, here is a quick summary of what happens:

70,000 or so people turn up in the middle of a dry lake bed (‘The Playa’) and create a city (‘Black Rock City’) this city only exists for one week every year*. When we say city, we mean city. There are named streets, a central plaza, entertainment venues, food, art, vehicles, a post office and plenty of citizens. 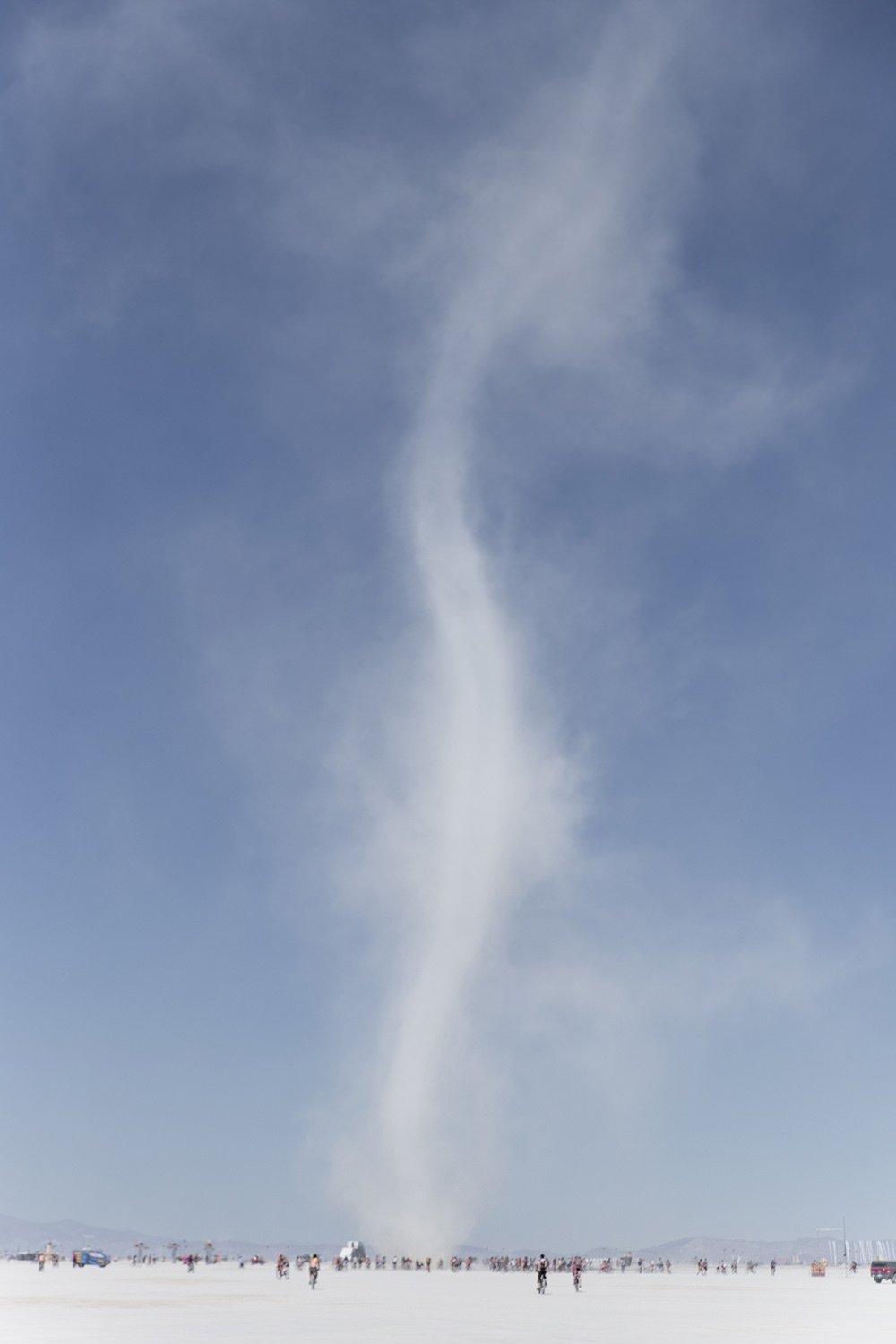 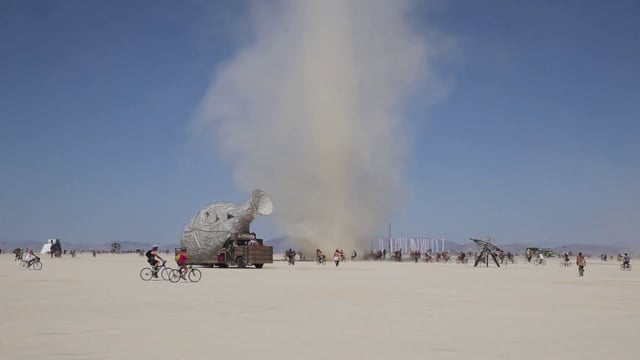 The economy however is a ‘gift’ economy, no money exchanges hands (except for buying ice and coffee in the central plaza, there have to be some commodities I suppose!). So the idea is to show up with, at a minimum, everything you need to survive for a week camping in the desert.

This being the minimum requirement, plenty of people show up with much more—that is where the creativity begins. People create art cars, huge sculptures in the middle of the desert, teach classes, create bars, theme camps, restaurants, some resourceful people manage some amazing things.

For those from our home town of Christchurch, the best way to think about it, is to imagine 70,000 people all working together on a huge selection of Gap Filler projects. 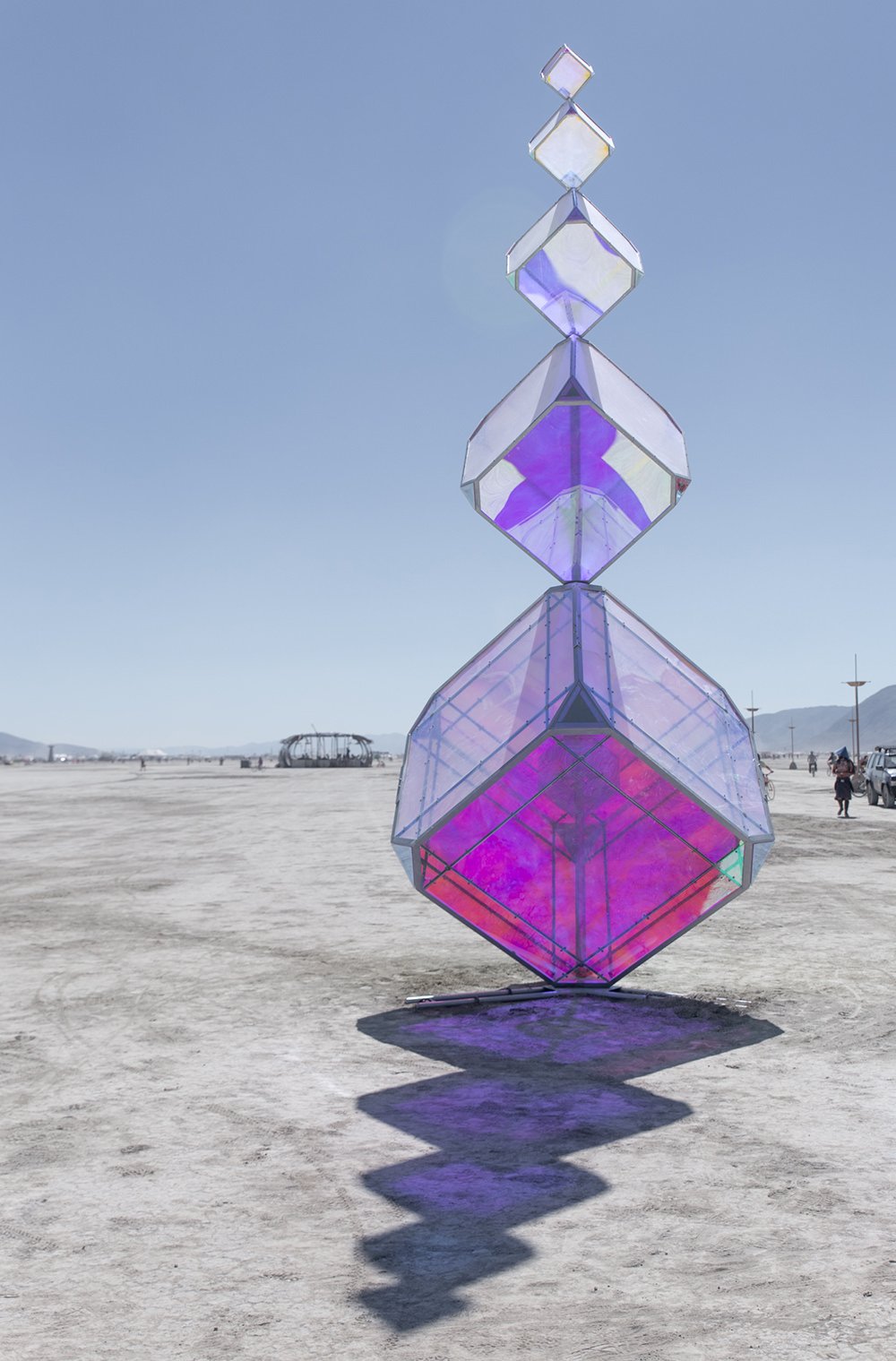 For anyone who is still wondering—the reason it is called ‘Burning Man’ is because at the end of the event the big wooden chap that has been the centre of the city for the entire week goes up in flames. 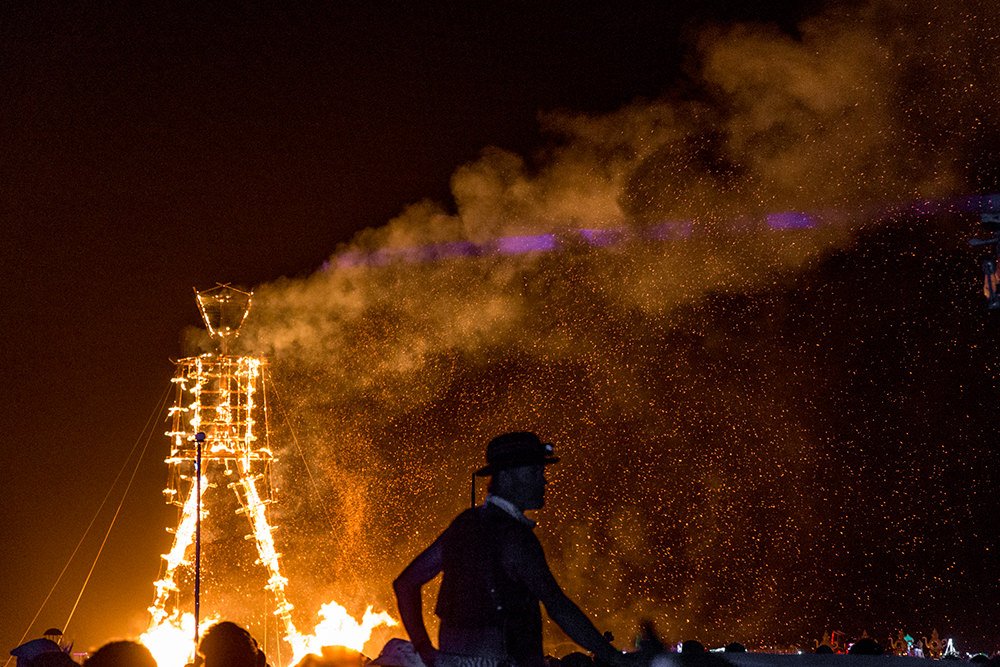 But all this creativity alone isn’t the only reason that Burning Man is a magical place. It is the atmosphere and the way people interact with each other that make it different from an every day festival. It is this aspect that is hard to capture in words or photographs to explain to someone who hasn’t been.

Rather than describing the philosophy of the event here in detail, it would probably be better for those who are interested to simply have a look at the Burning Man website. Much like this blog post, it probably won’t make Burning Man make any more sense if you haven’t been before, but it makes for an interesting read.

I’m sure everyone’s experiences of the festival are very different, as what happens on any given day will depend entirely on something as simple as whether you turn left or right when you leave your camp. 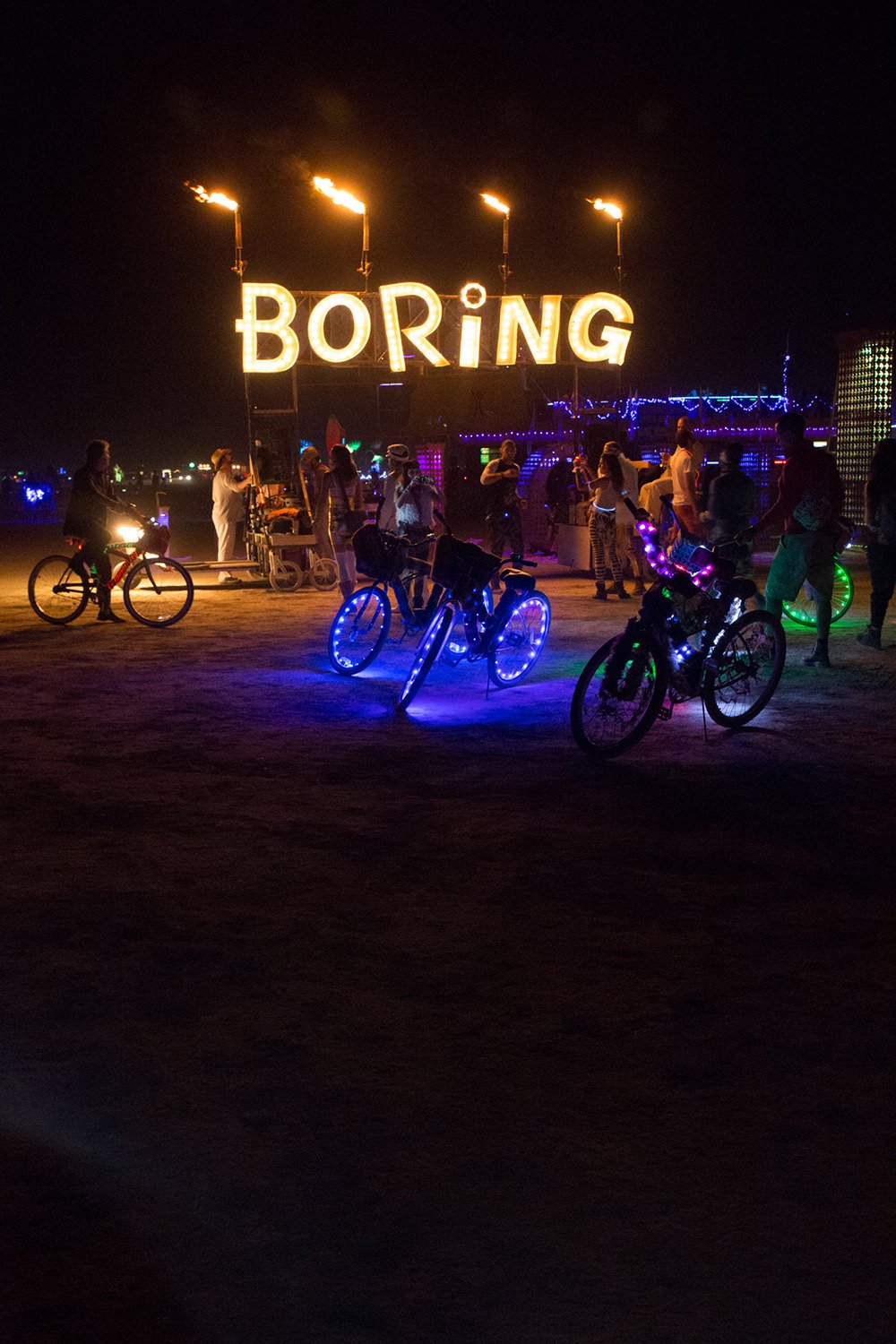 Even though this claimed to be boring, we actually found it quite interesting.

Our journey started when we drove through the gate, and arrived at the ‘greeting station’. We were met by another Kiwi, from Nelson. He was super-excited to have a couple of stray Kiwis rock up to his greeting station on their first expedition to Burning Man. He gave us some useful tips about where to camp, what to see and most importantly, gave the piece of advice: “Just say yes.”

We took this advice to heart and decided to say ‘yes’ for the week. Although we agreed that we’d draw the line at some stuff. Because, let’s face it, Burning Man can be a bit weird.

Saying ‘yes’ meant we met some amazing people that we otherwise wouldn’t have spoken to, learnt a whole lot about ourselves, even went for a ride in a plane above Black Rock City. Probably wouldn’t have said no to that one anyway… 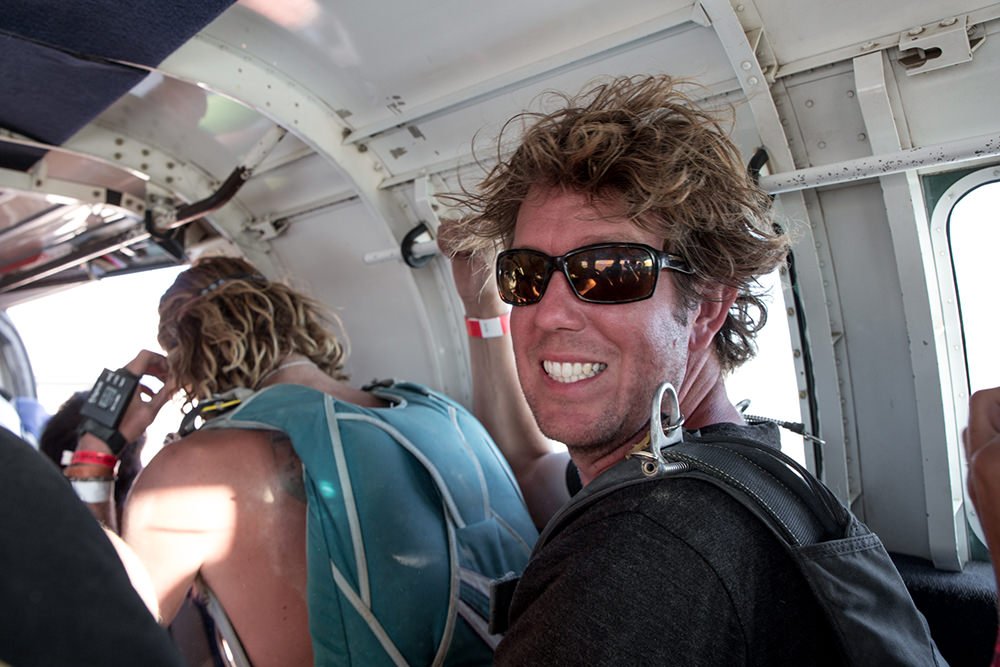 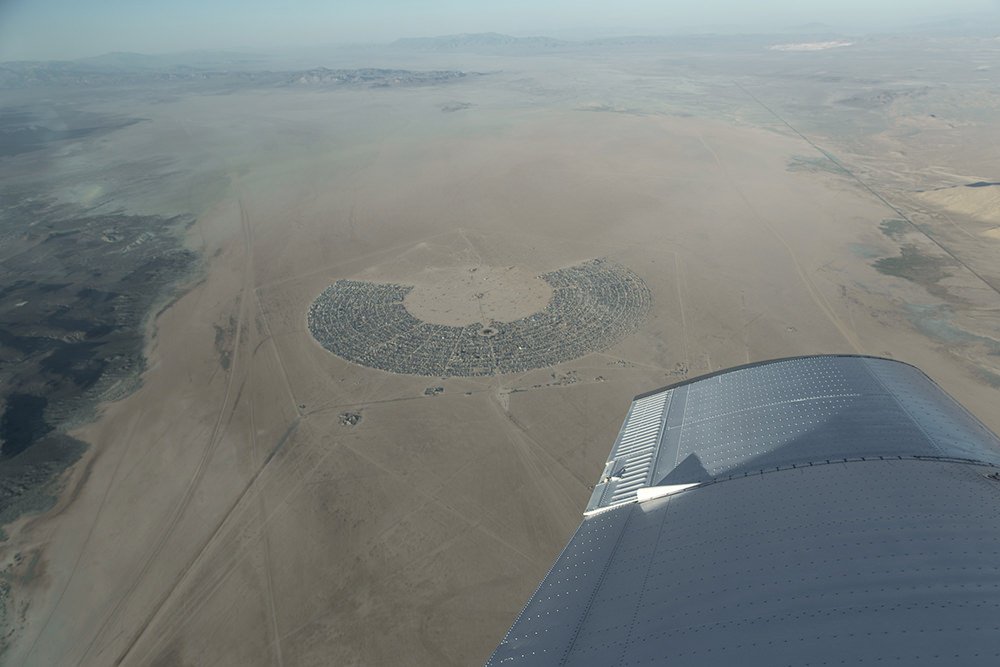 We found ourselves climbing around art installations, exploring the depths of the playa at night, stopping by to visit a Nicolas Cage worshipping sect, wandering in to 80’s dance parties, beer tastings, avoiding rickety bike ramps, witnessing alien space battles, yarning with flaming octopus wranglers, eating french toast and ice-cream for breakfast, accepting jelly shots from the strangest of strangers, watching fights in the Thunderdome, witnessing stunning pieces of art burn to the ground, realigning massive space telescopes, discussing life, the universe and everything with passers by, passing through the Stargate, climbing towers, talking to engineers, artists, adventurers, travellers, teachers and people who weren’t even sure why we were there. 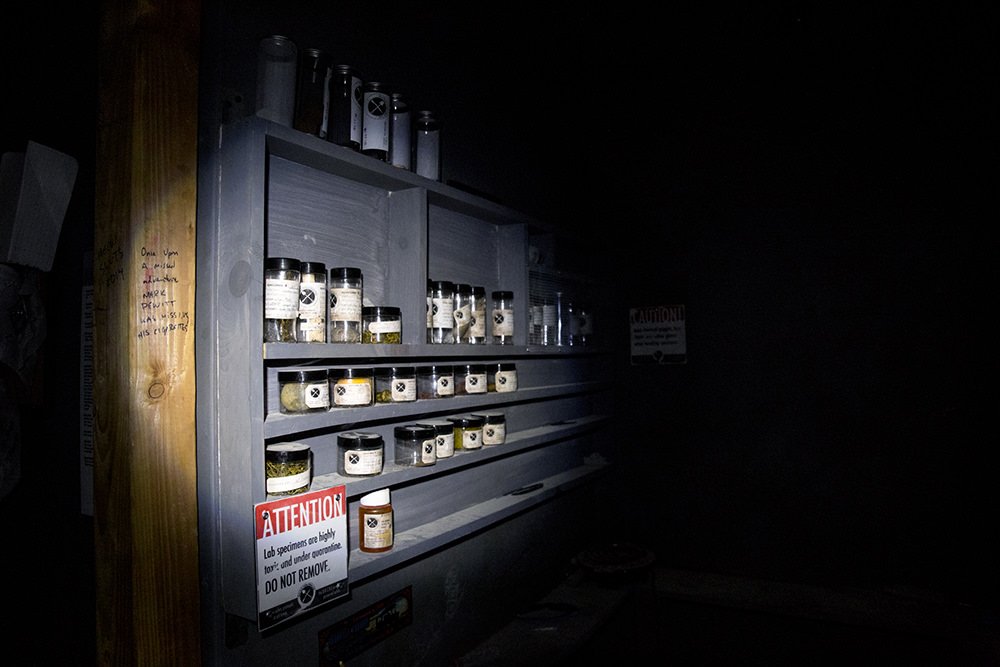 Yes, if you walk out into the playa at night, you can find yourself in a creepy abandoned post-apocalyptic outpost. It happens at Burning Man.

It meant we spent the entire week comfortably outside our comfort zone.

Ok, sometimes we were right in our comfort zone. Like when we found that just around the corner from our campsite Andrew from the Sierra Nevada Brewing Company and Rob from Stormbreaker Brewing had set up shop and were giving out free craft beer. 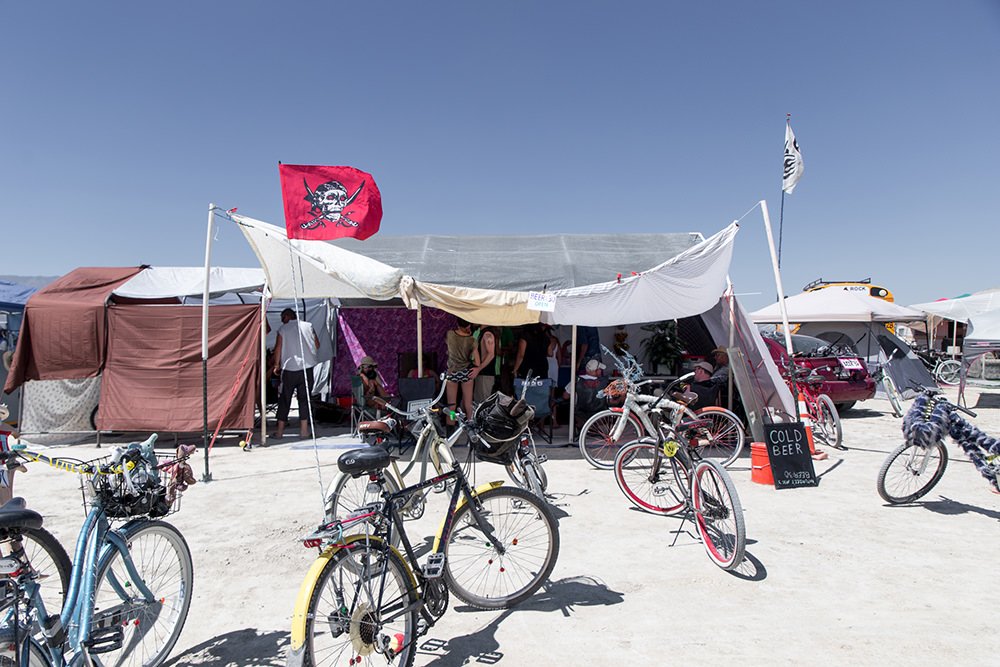 We could have written a much longer post on Burning Man and gone into much more detail. Everything is an adventure when you are at Burning Man. One day it took us six hours to get back to our camp for lunch. Not because we got lost, there were just so many distractions.

If you are still a bit confused about what this ‘Burning Man’ malarkey is, probably the best thing would be if you were to just go. And say ‘yes’.

Our one regret about our first trip to Burning Man was that we hadn’t created anything interesting to share ourselves. This was partly because it was challenging to execute when living in a car with limited resources, but mostly because we didn’t know what kinds of things people would want. Turns out that the answer to that question is “whatever you have to give”. But anybody we mentioned this to, said ‘don’t worry’ it’s your first year, you’ll go away and think about it and then you’ll know exactly what you want to do next time. And they’re right.

There will be a next time, not 2015, because we will probably be in South America and low on funds. But we’ll be back—with a plan.

*Setting it up and removing all trace takes teams of volunteers longer than this week, but the actual event only runs for a week.