It is not every day when you find yourselves locked out of your vehicle in the middle of bear country, surrounded by hungry mosquitos, rain clouds threatening and several miles from civilization. At least we hope it’s not. We’ve learned our lesson… we hope. Finally, we are on the road! But heading in the wrong direction. With a plan to head North to officially ‘start’ our trip in Deadhorse, the ‘Flightless Kiwis’ thing to do is head South instead. We had decided that since we quite like comfort and luxury we would splash out on a roof top tent. So while we waited for that to arrive, we headed South to the Kenai peninsula to explore. Our first night on the road was spent in Bird Creek, a very nice state camp site in Turnagain Arm. A night with a warm fire, clear skies, great views and delicious beer got us off to a positive start for our journey. 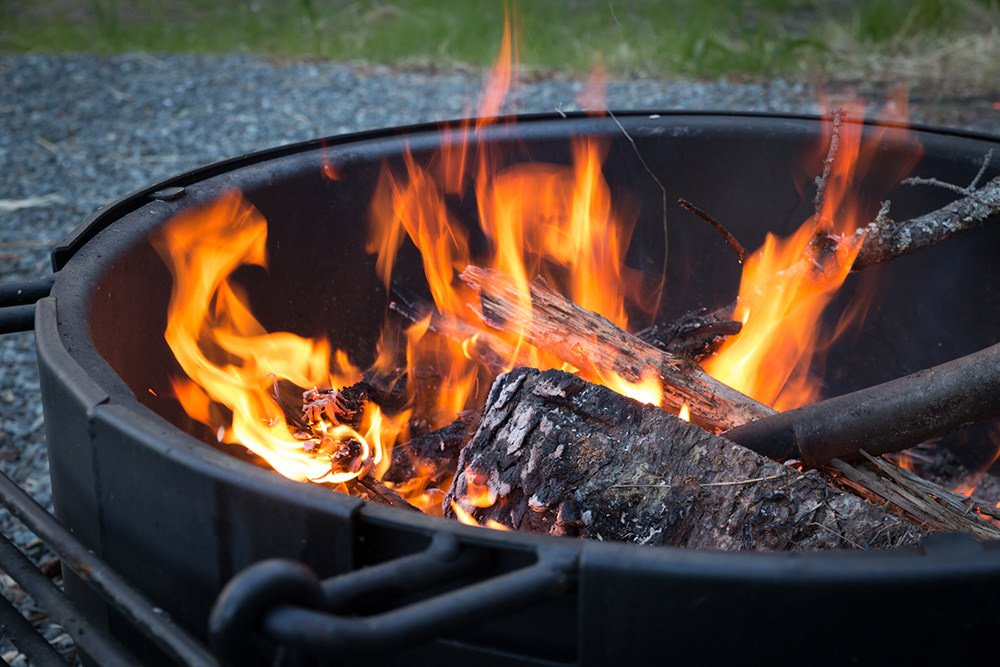 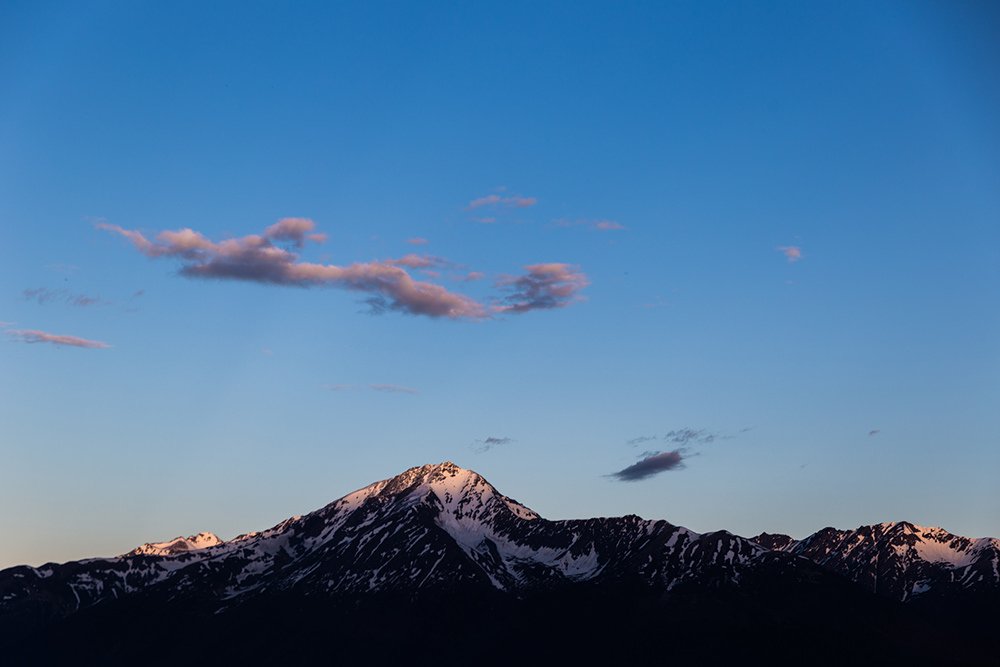 Celebrating the first night on the road with delicious beer.

The next day it was onward to Seward (well, actually just out of Seward). We found a great wee campground called Renfro’s Lakeside Retreat, the owner gave us a good rate on an RV site, even though we weren’t really an RV and were just sleeping in the back of the 4Runner. Several people we spoke to suggested the Kenai Fjords tour. It did sound pretty amazing, so we gave in to the temptation and booked ourselves a rather expensive boat tour. There’s no point in coming all the way to Alaska and not making an effort to see a whale or two and some sea otters, not to mention a glacier calving. Conveniently on the tour, we saw all of that and more.

Sea otter, from very far away

One of the orca we spotted

One of the many other glacier’s in the area

Two nights of fine weather, hot showers and even access to some free paddle boats (quite a workout against a headwind) had us thinking that this sleeping in the back of the car thing was pretty comfy and should be a breeze for the next two years. 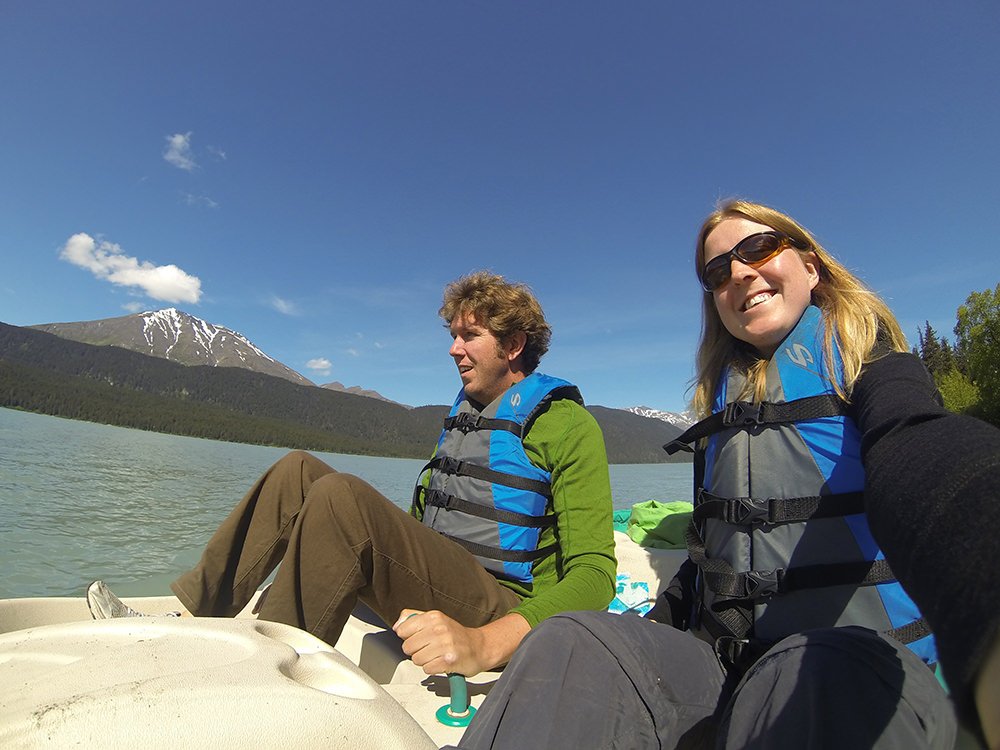 Paddle boating, it’s fun, until you realise you aren’t going anywhere due to the head wind.

But apparently this is not how it always goes. The next night we stopped at a great wee free camping spot on Lower Lake Ohmer. Sure, the mosquitoes were a bit hungry, but it was a pretty neat place, with some spectacular scenery and even a loo… convenient. 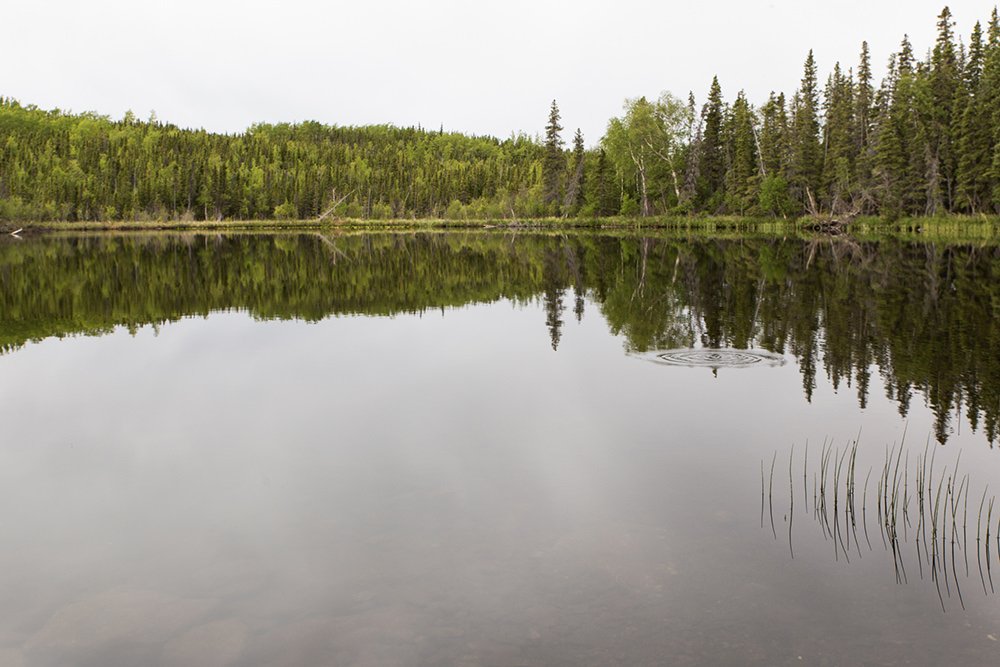 So calm and peaceful

Plus we were buzzing with excitement after seeing our first wild bear, a black bear with two cubs, wandering right on the side of the road. We hadn’t stopped for a photo because the bear looked like she was having a rough enough day with an RV driving slowly alongside her, while the passenger tried to get a photo. Things started to go downhill though, we drove to another lake to check it out, came back and our nice camping spot by the lake was occupied. Settling for just parking in a carpark in the camping area, we figured it was still all good. Then the rain started. We waited out the first shower of rain, then as we rushed against the ensuing onslaught of mosquitos, somehow Ben shut Emma’s arm in the door. Funny bone shut in the door whilst being attacked by mosquitos = not funny. The hoards of angry mosquitoes necessitated keeping the doors to the 4Runner shut. What probably would have been a good idea was to keep the keys on us instead of sitting them on the back of the driver’s seat. You can see where this is going. Somehow in the confusion, the blipper blipped, the doors were locked and we were on the wrong side of them. With nothing. All our stuff was safely locked away inside the vehicle. We were in bear country, on the opposite side of the locked door to our bear spray. Only a few miles from the place we had spotted our first wild bear. Of more pressing concern, there was some danger that we may be eaten alive by mosquitos before we even had a chance to be eaten by a bear. Fortunately the people who had claimed the nice lake-side campsite in our absence were armed with a hotdog fork. Unfortunately it turns out that the 4Runner is pretty hard to break into. (Also fortunate, I guess)

Undecided as to whether it is a good, or bad thing that this guy is tricky to break into.

Fortunately the family with the hotdog fork also had bug repellant they were willing to share. After a lot of effort, we had determined that none of us would cut it as professional car thieves and that the best option was going to be to un-blip the blipper by forcing the hot-dog fork through the top of the door. With some deft hot-dog fork wrangling the blipper unblipped and we were back into our home, vehicle and refuge from all things bitey. After a traumatic evening and the following day of non-stop rain, we decided to wuss out and stay a night in a hotel in Homer.

The rain was relentless

Yeah, camping is sweet as, but so is a hotel with your own coffee maker. Take that mosquitoes.

Don’t lock yourself out of your car. Renfro’s Lakeside Retreat is a really great place to stay just out of Seward. We were far too stingy to splash out on the cabins, but the rumour was, after speaking to another couple of travellers staying there that they are pretty great too. Also, the owner Gary can organise your Kenai Fjords tour with a bit of a discount too! Kenai Fjords tour is a must if you can fit it into your budget. We took the 8 hour cruise (that included a tasty dinner on Fox island). Even with the incoming bad weather that threatened to send us back early and reduced the amount of wildlife out and about in the ocean—we saw enough wildlife to keep us entertained, watched a tidewater glacier calving into the fjord and did all of this from the comfort of a nice boat. Also, the captain was an entertaining storyteller, so that was a bonus. The Harding Icefield Trail. This isn’t mentioned in the post above, but for us it was the highlight of the Seward area. (We’ll be blogging about it in a separate post in the future, so stay tuned). If you are not averse to the idea of walking up a hill to look at some ice, then this is for you. The trail is pretty straightforward and can be easily walked in an afternoon if that is your kind of thing. If you don’t enjoy walking up hills, just head to the more accessible face of the glacier and you can bask in all its icy majesty from there. Lower Lake Ohmer campsite. If you don’t lock yourself out of your car, or arrive at the same time as a group of screaming school children, this is a pretty sweet free camping site on the edge of a beautiful lake. The mosquitoes are hungry, but not the worst we have encountered on our trip by any means. The Driftwood Inn. If camping in the rain makes you sad and you need some luxury in your life—you will find that accommodation in Homer is expensive. Fortunately, the Driftwood Inn is a great place to stay. Even in their cheapest rooms with the shared bathroom, you still get your very own coffee maker and the staff are very welcoming. We didn’t stay in their RV park, but it looked like a pretty good option too…