On the road to Whistler 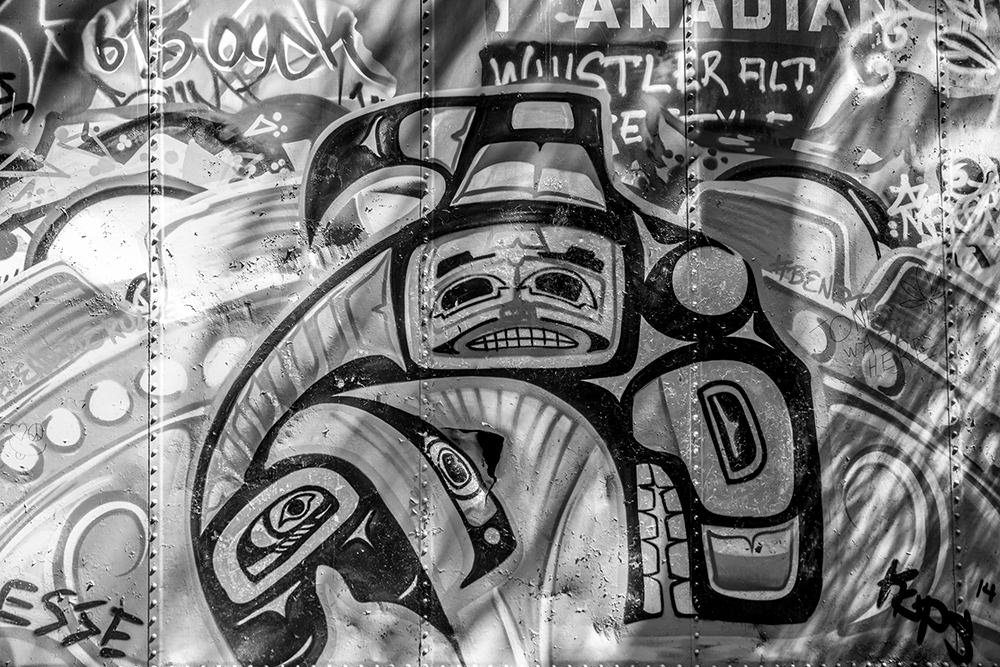 Not being fans of crummy weather, the advantage of living in a house with wheels is that you can relocate to drier climates as it takes your fancy.

This is why we left Banff slightly sooner than initially planned, but we were delighted as we headed west to be greeted with clearer skies. It was, however at this point where we started to feel a bit more time pressure than we had done. Instead of just drifting around, we were aware that we had a set date we needed to be in Nevada as we had already successfully got our hands on some stupidly expensive tickets for Burning Man that we didn’t want to go to waste.

As a result we headed directly across British Columbia only making a few small stops en route: 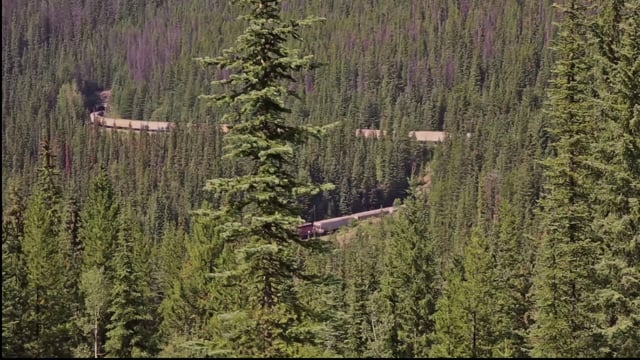 We couldn’t resist a spiral train tunnel. We just couldn’t. How cool is that. The crazy long trains here made this all the more impressive as you could see the train down in front of you, as well as entering and exiting the tunnel in the distance. Impressive. Bonus points to Canadian Engineers for this one.

We met some adorable wolves at a wolf sanctuary. 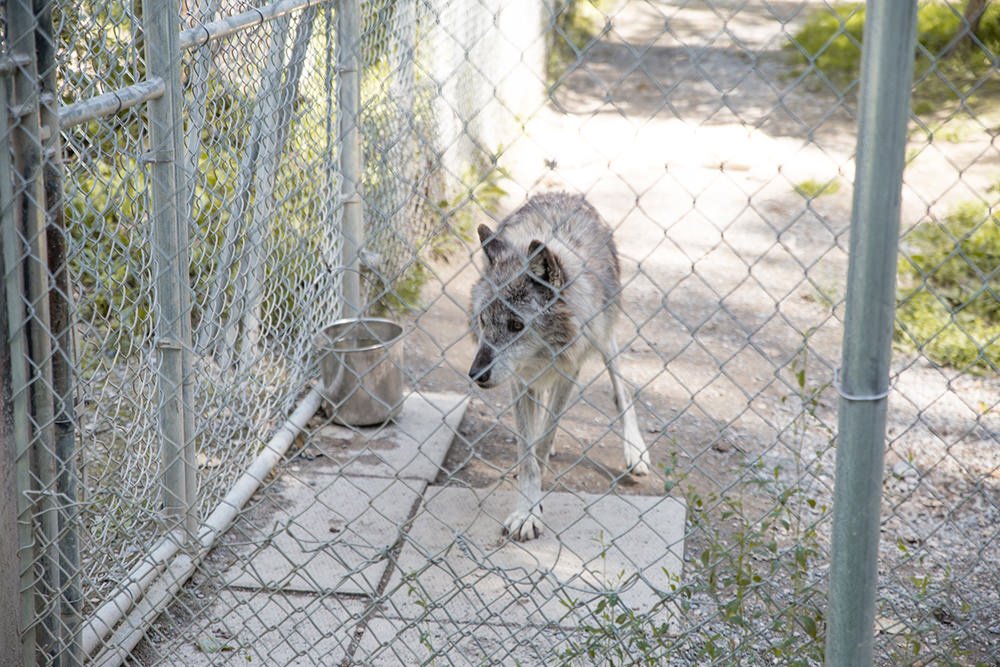 Emma also insisted on visiting the Enchanted Forest when we drove past: 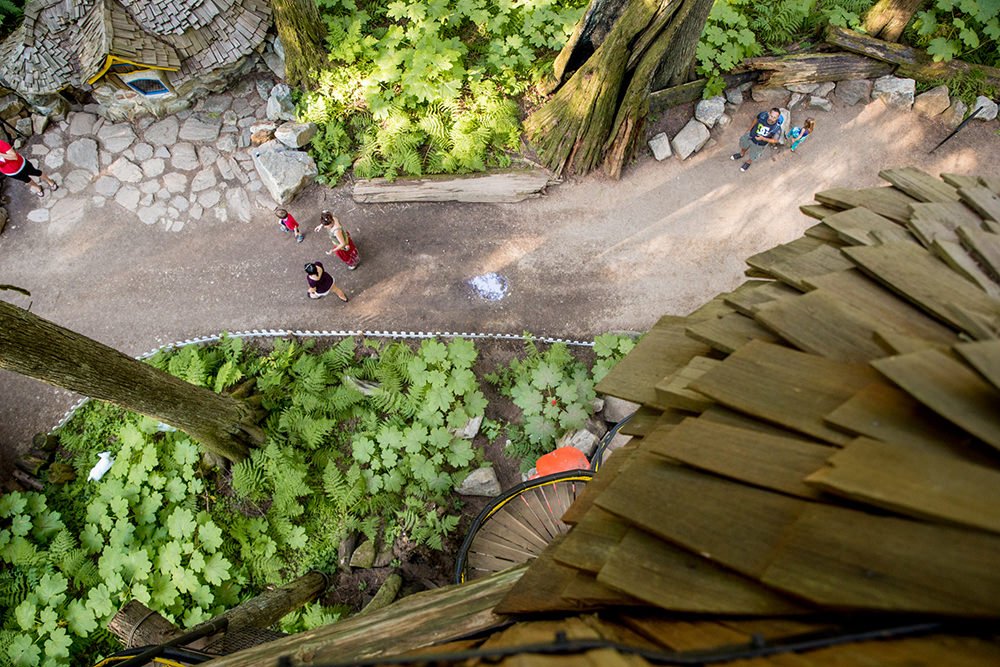 Everyone else there seemed to have brought kids with them as an excuse. We don’t need an excuse for behaving like children. 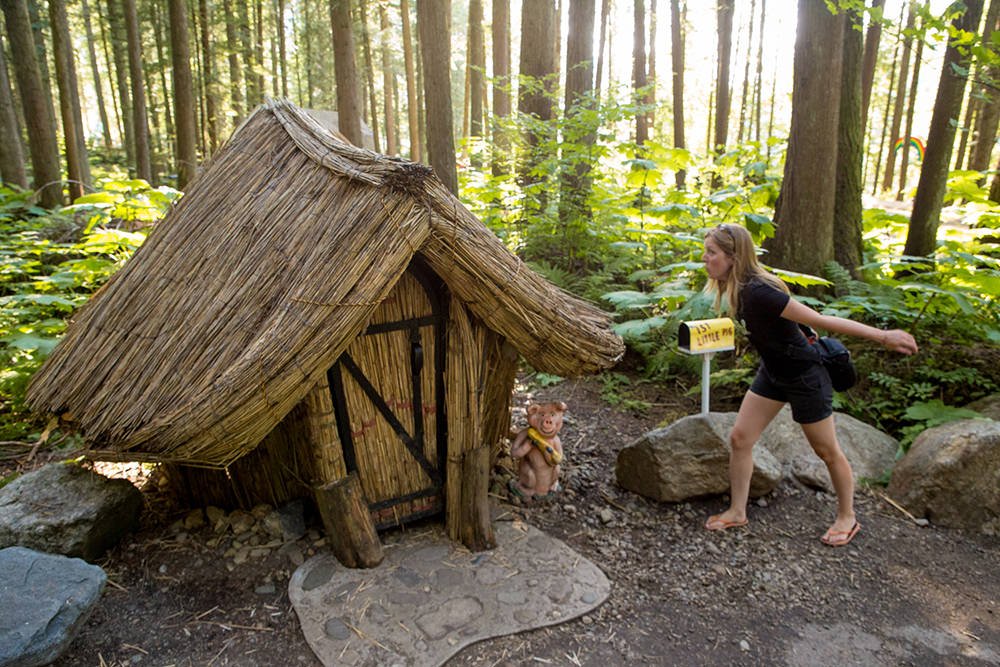 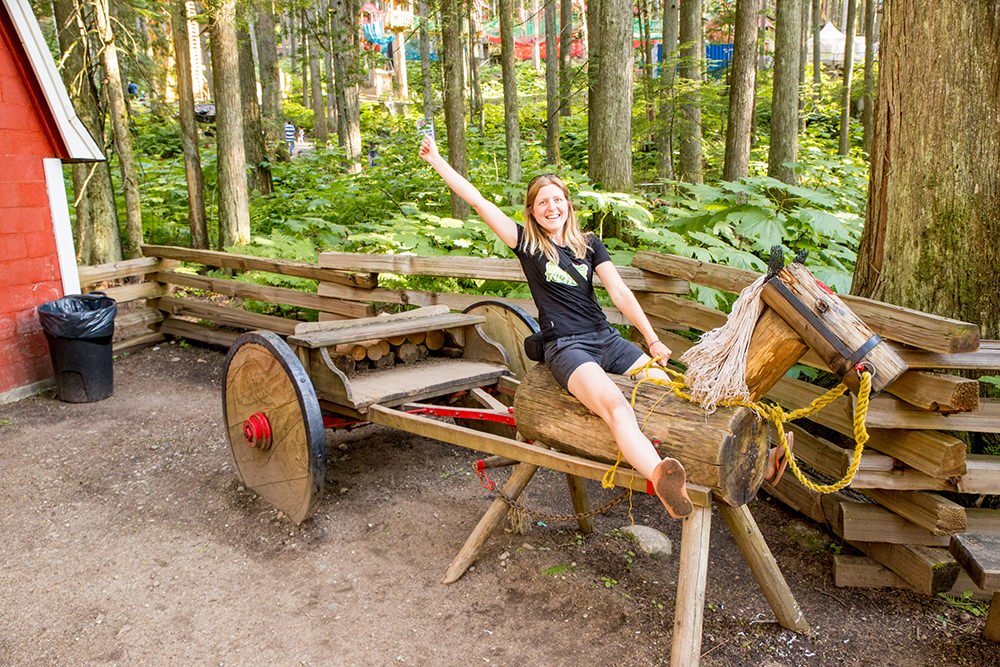 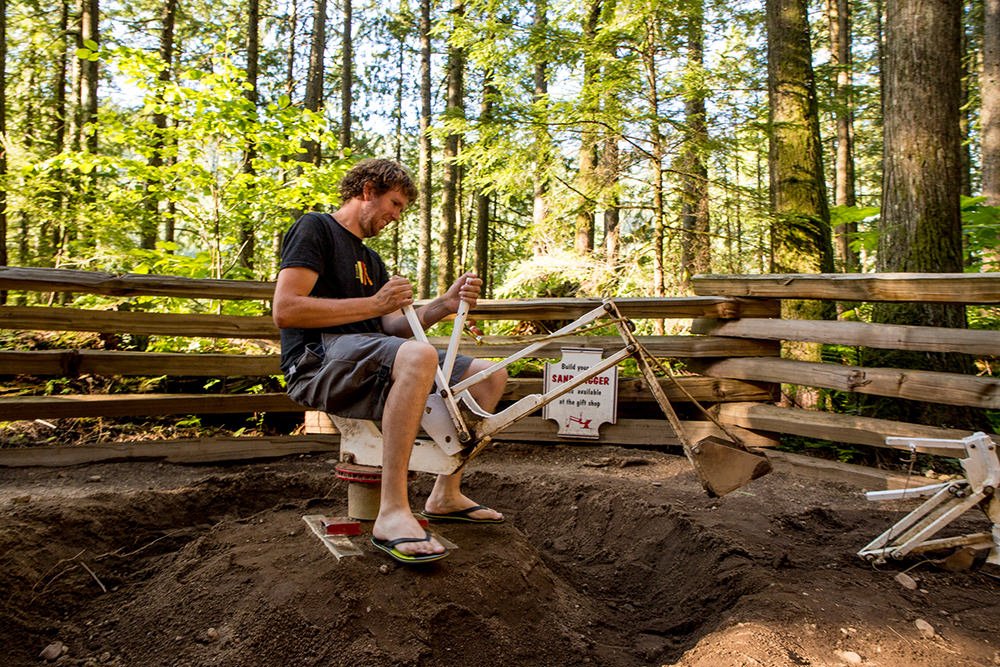 We met a friendly couple in Golden who gave us a couple of bottles of wine to sample. 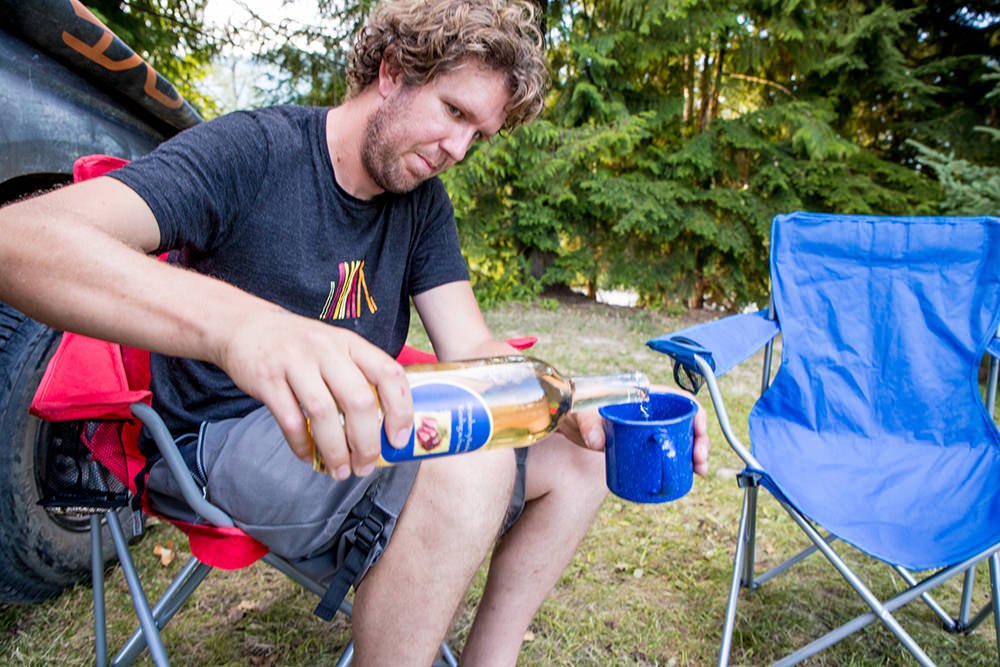 Look at how classy we are, drinking our wine out of our enamel camping cups. Like fancy rich folk. 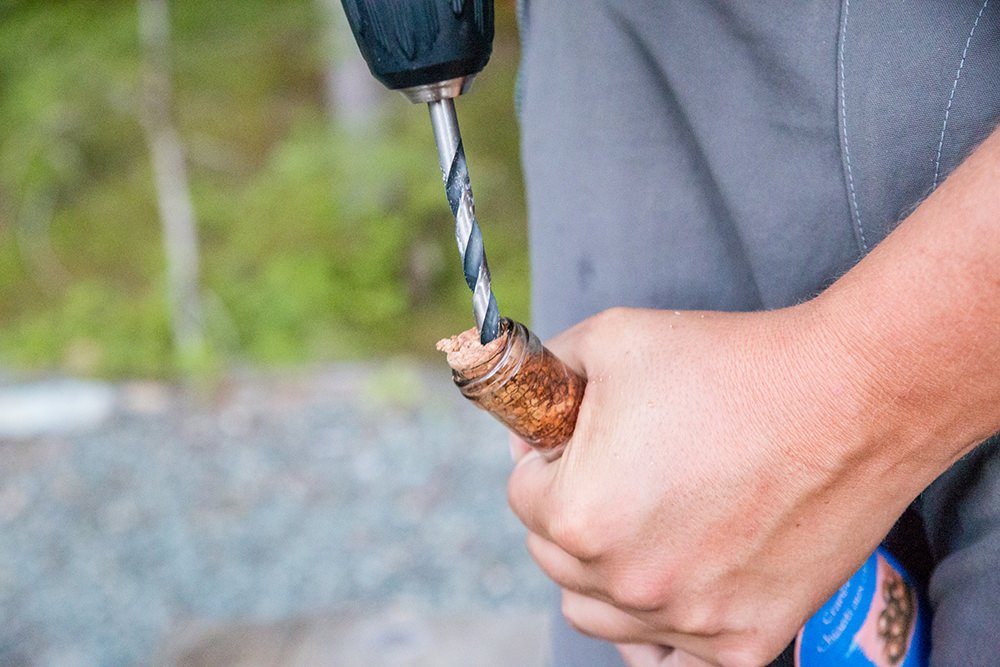 There were the obligatory stops for amazing Canadian scenery 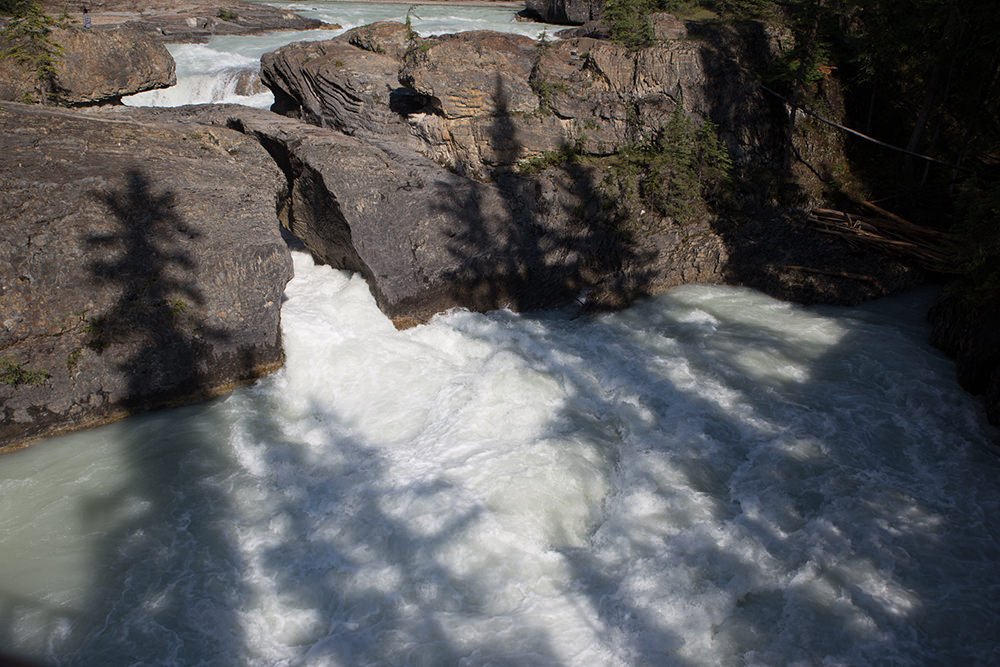 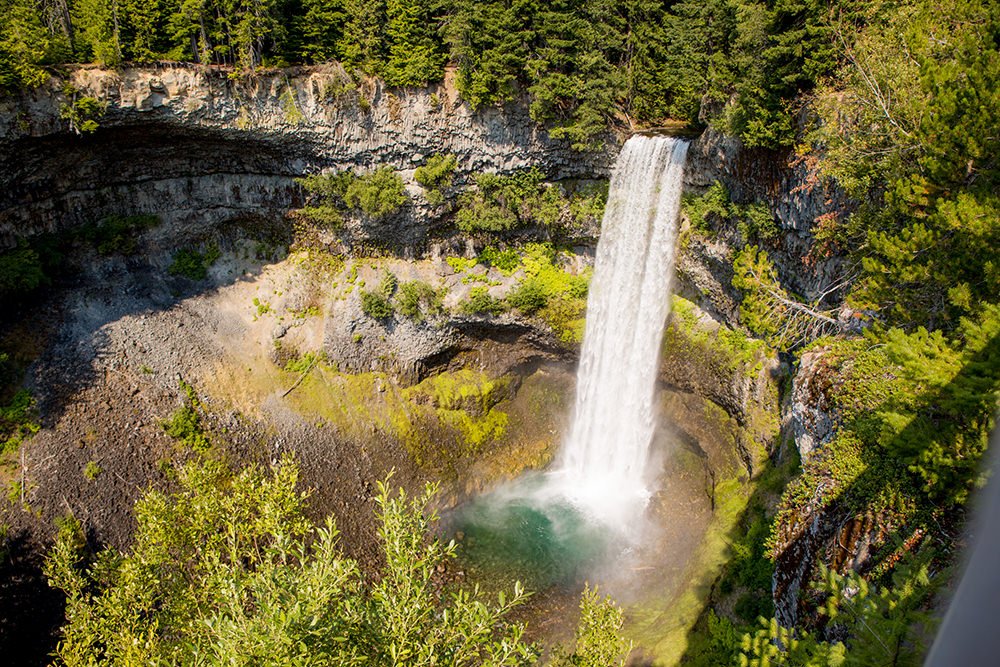 But we made it to Whistler without too much delay.

As a bonus, the CrankWorks festival was on. Unfortunately it was Monday, so nothing was happening. 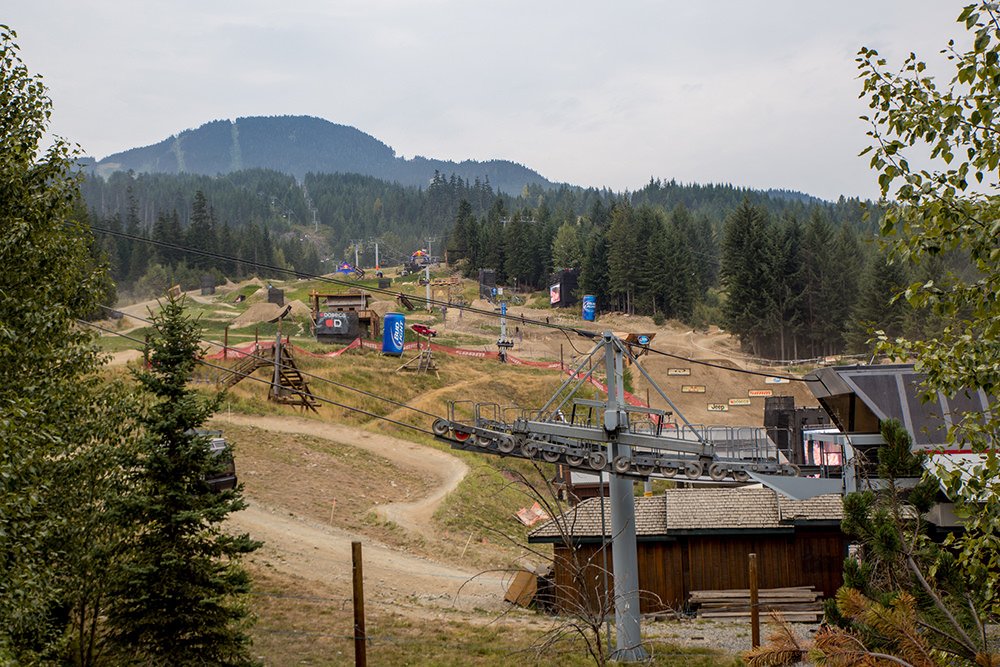 Also unfortunately, the festival meant that all the bike hire places were fully booked out, so hiring a bike for anything less than a bajillion dollars was not on the cards. Since we were planning on buying bikes anyway, we opted not to spend a bajillion dollars and instead invested in some Lego lollies to comfort us. 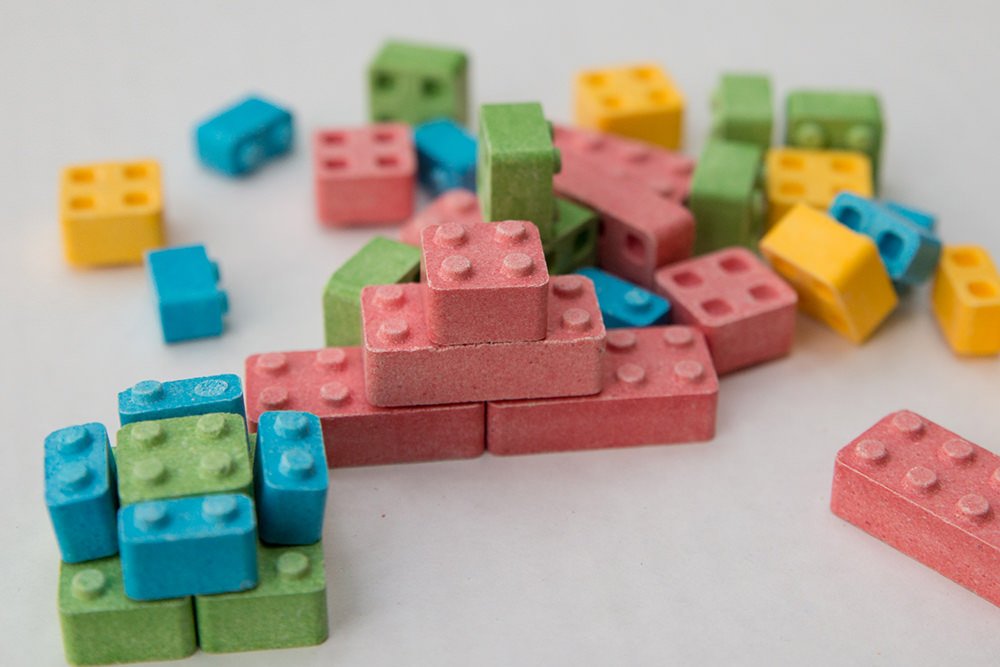 Relegated to travel by foot we went looking for the abandoned train cars in the woods.

These train cars are there because it was considered too expensive to have them removed after a train accident. They are now covered in graffiti art and sketchy looking bike ramps in varying states of disrepair.

Another recommended walk in the area was to the remnants of the former logging town of Parkhurst, abandoned since the 1960’s.

There wasn’t much left there for us to see, but finding bits and pieces of civilisation hidden throughout the forest kept us entertained for the rest of the afternoon, although the badly drawn map we were relying on neglected to highlight a number of extra tracks in the area, so we ended up wandering around the hill a bit longer than anticipated.

As a result, it was late in the afternoon, armed only with an empty drink bottles, that we encountered our first bears while out walking.  As usual the bear spray was in the car. We heard a rustling in the raspberry bushes surrounding us, peering through the foliage we saw the faces of two black bears. Ben’s first instinct was to push Emma into the jaws of the bears and leg it. Emma’s first instinct was to strike up a conversation with the bears and try to get a photo.

The bears’ first instinct was to run away from these crazy people and as a result, no photos were taken, no people were eaten and we still have an unused can of bear spray in the car. Handy.

Since we had saved a bajillion dollars on bike hire, we decided to go crazy and spend several day’s budget on a zip lining adventure. With Canada’s longest zip line just down the road, it was hard to resist—sorry budget!

We donned our silly looking helmets and harnesses and zipped around through the trees like crazy people. It was actually a lot more sedate than you’d expect, but was a novel way to see the mountainside from above. Yay for extravagant expenditure and silly helmets! 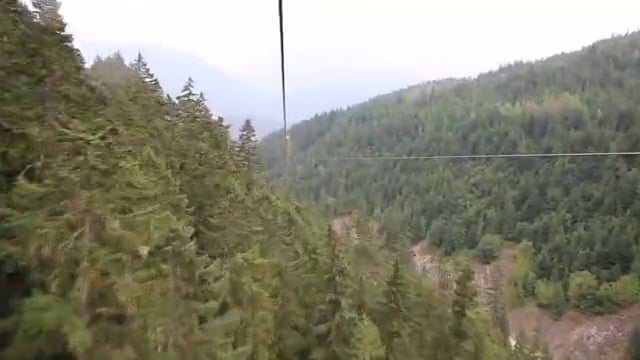 Having blown all our money without actually riding a single bicycle, we headed south from Whistler, planning to stop at Squamish for some more outdoor adventuring. However, yet again, the rain hurried us onward and we found ourselves in Vancouver sooner than we had expected.

*Edible is a bit of a stretch. Slightly more edible than regular Lego though.