Briefly back in Belize for a border run 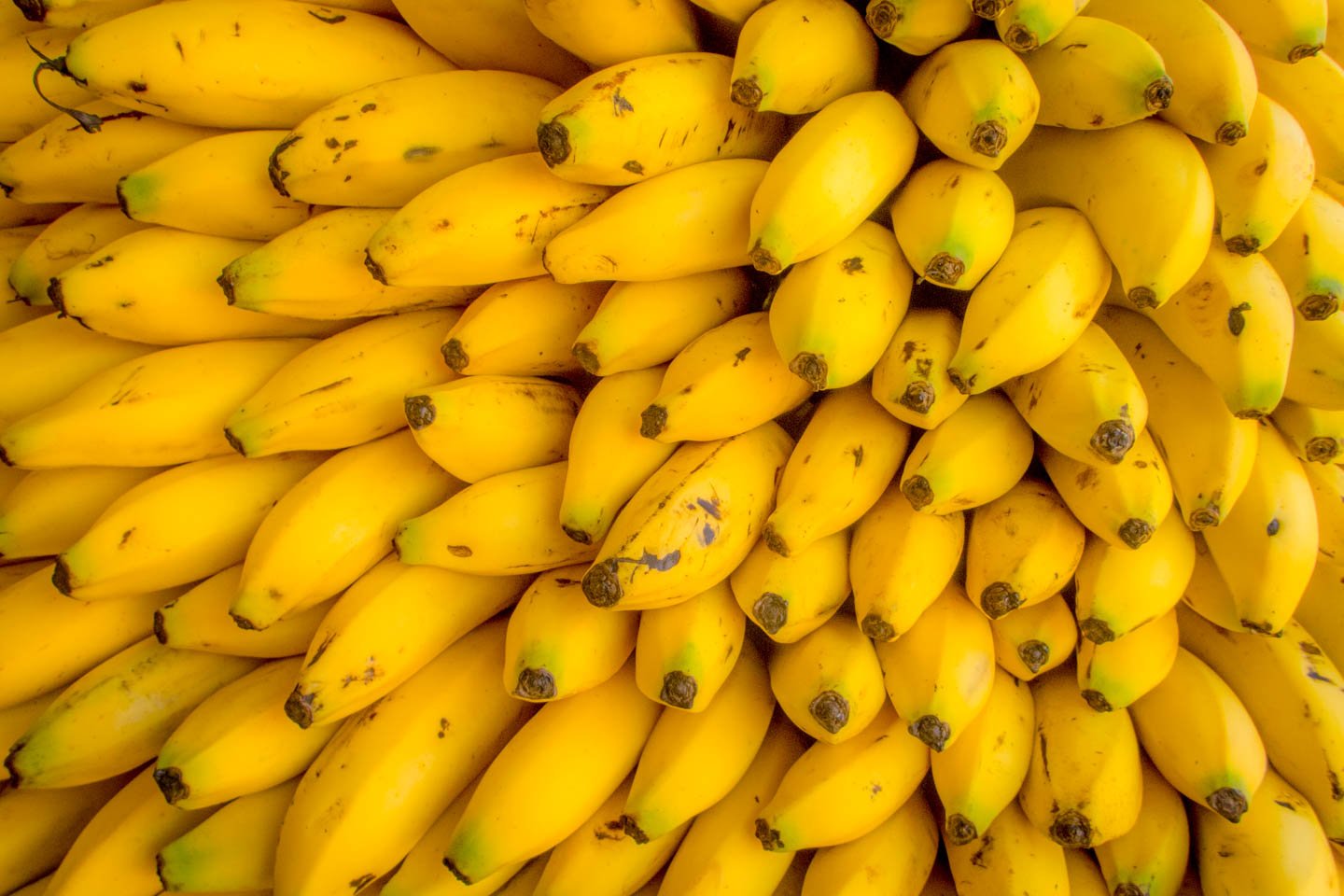 Our previous trip to Belize was filled with islands, beaches and ancient ruins. Also some dead butterflies.

What else could this magical country provide?

Rather than sticking around the border area, we immediately hit the road to explore the countryside and find out. 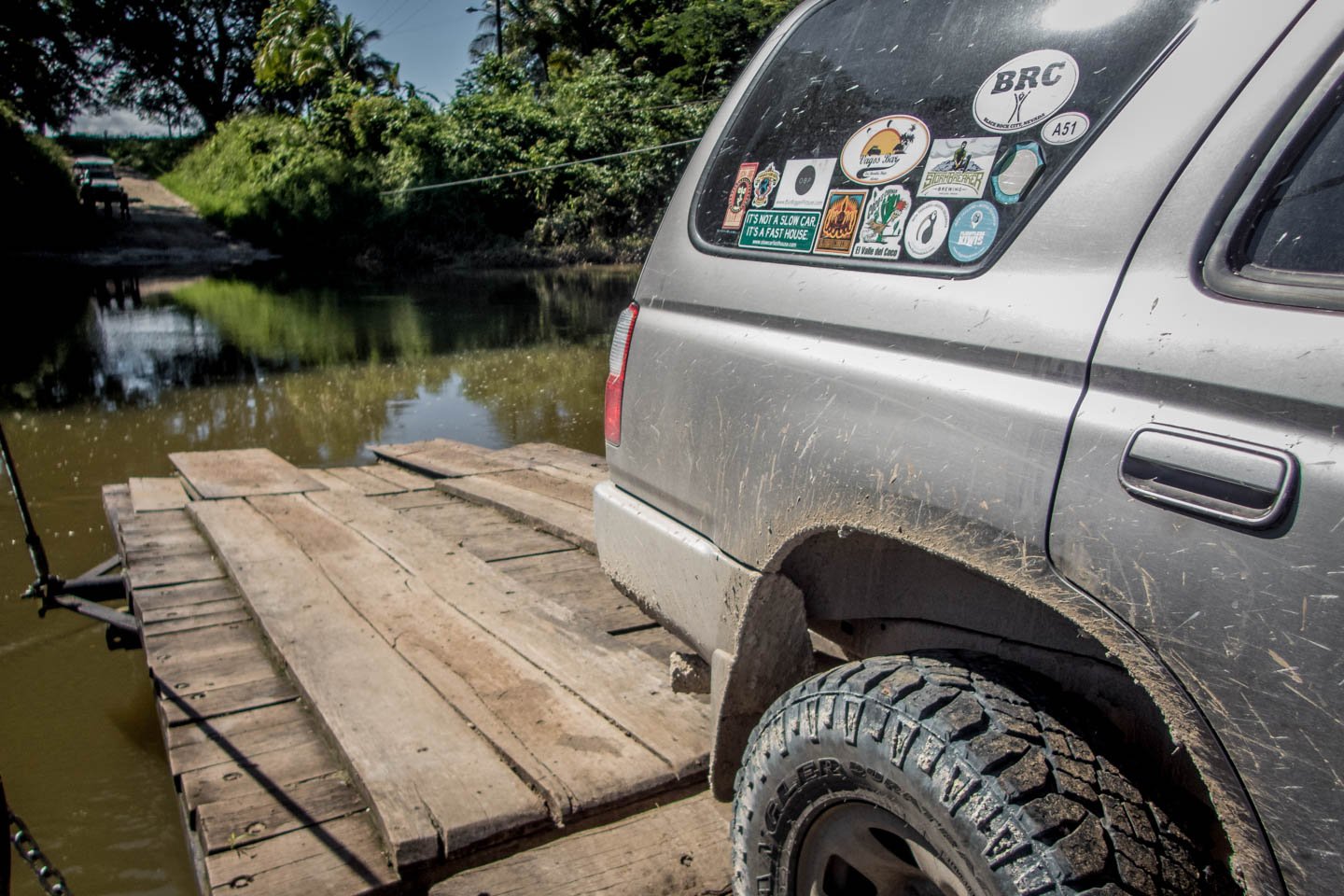 By ‘hit the road’ we mean ‘hit the hand-crank ferries’ of course.

Beginning our travels in South of Belize, we hoped to make up for missing this region entirely on our previous visit.

A suggestion for a possible camping spot led us to a yet another peaceful eco lodge. The perfect excuse to escape the rain. Camping is fun. Luxury is even better.

Shortly after arriving, we were stopped by someone who recognised our accents.

It turns out we’d found a couple of fellow New Zealanders taking an afternoon off from building their off the grid house in the Belizean jungle. They happened to be taking the break with their friends from Alaska, who were suitably surprised to find out that we were the owners of the Alaskan plated 4Runner parked in the trees. Even more so to find out that we’d made the purchase in the Three Bears parking lot just down from their home town in Wasilla.

Travel can make the world a very small place.

Our travel budget most definitely did not allow for more than the one night of Belizean jungle eco lodge luxury. So it was back to exploring the next morning (After a hot shower and a good breakfast—of course!)

We visited a number of Mayan ruins on our last visit to Belize. There was still one site that we thought would be worth the detour: Lubaantun. The mysterious home of the crystal skull.

Lubaantun is where the mysterious Mitchell-Hedges crystal skull was supposedly unearthed.

A mysterious, powerful and ancient artifact, carved  erm, I mean ‘carved a really long time ago’. It was ‘discovered’ in 1924 by Anna Mitchell-Hedges. She was the daughter of a famous archaeologist who maybe had too much time on his hands.

Or something about aliens. 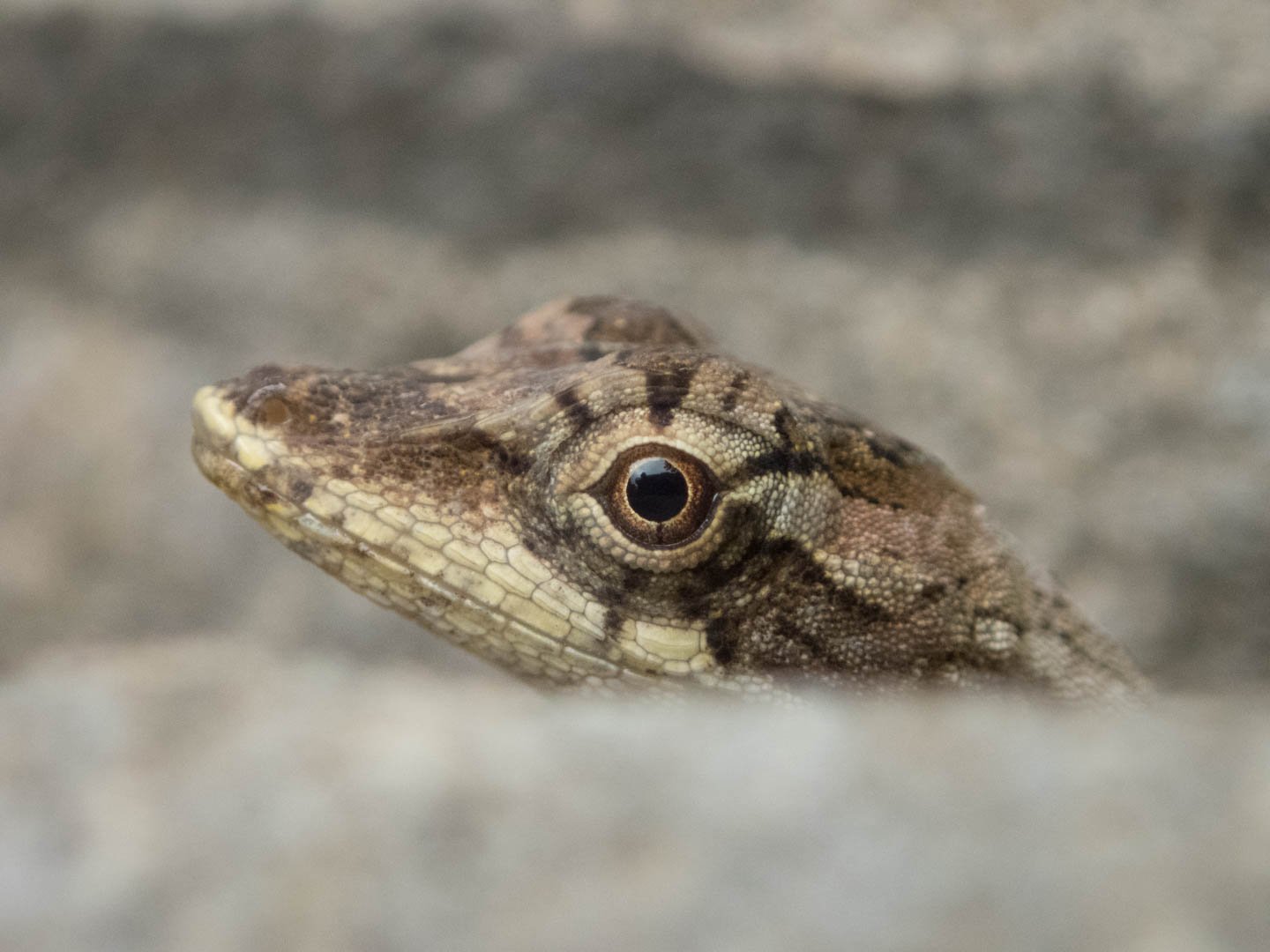 We searched the ruins high and low, but came away without finding a single crystal skull. Would you believe it! Even the lone gift stall owner out the front was only selling wrist bands and purses, so we couldn’t even ‘find’ one for a fee.

Not a skull to be seen, just temples and steps.

As a consolation for missing out on uncovering any ancient mysteries, we comforted ourselves with a visit to a nearby chocolate factory.

It was a family run business. Run from a small unassuming building in a rural back road. 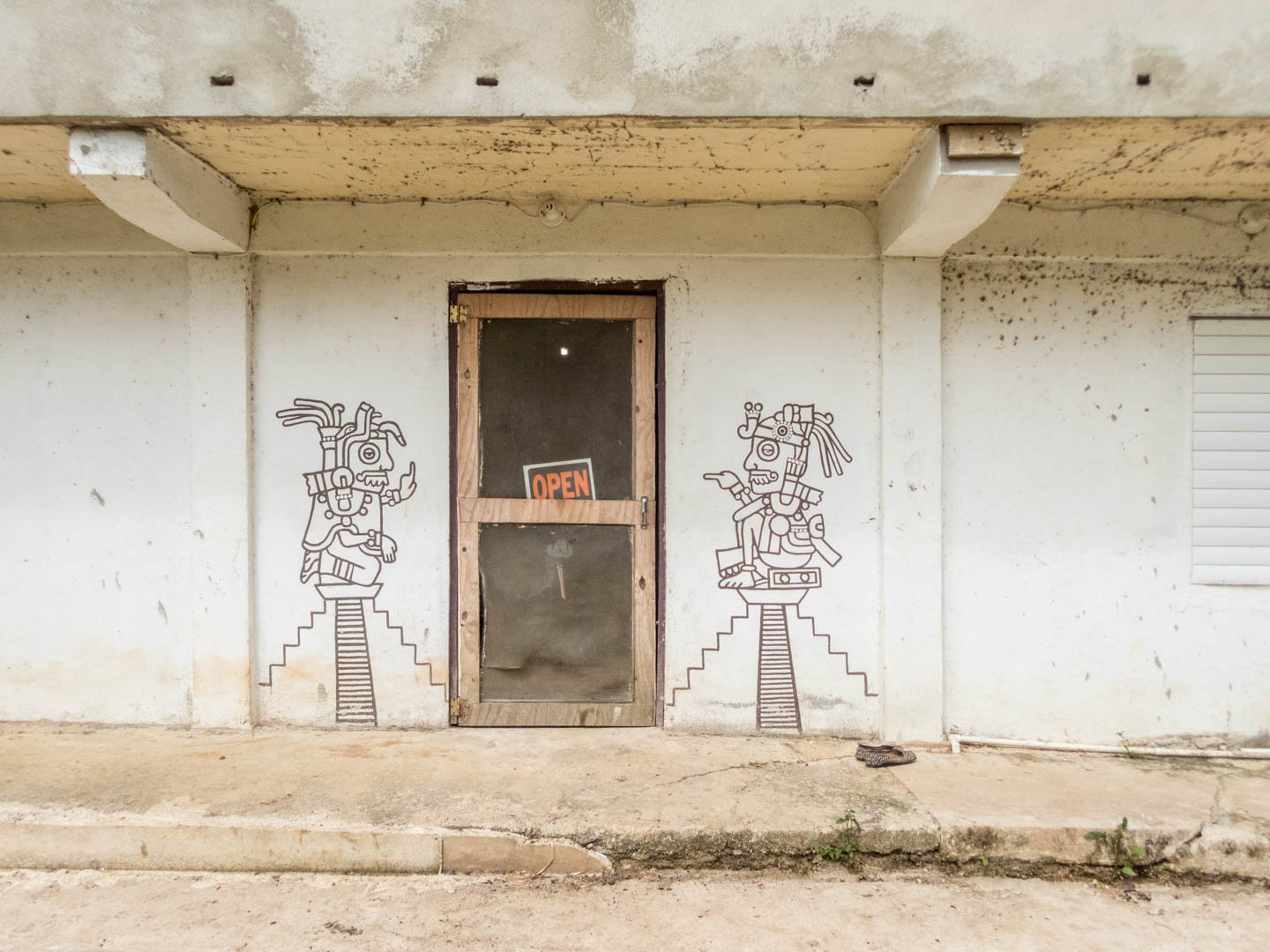 The owner apologised and said she couldn’t offer a tour that day, since she was the only one there and wasn’t processing much chocolate. She showed us the steps she would normally follow to make chocolate (including complex, technical equipment like a hairdryer). 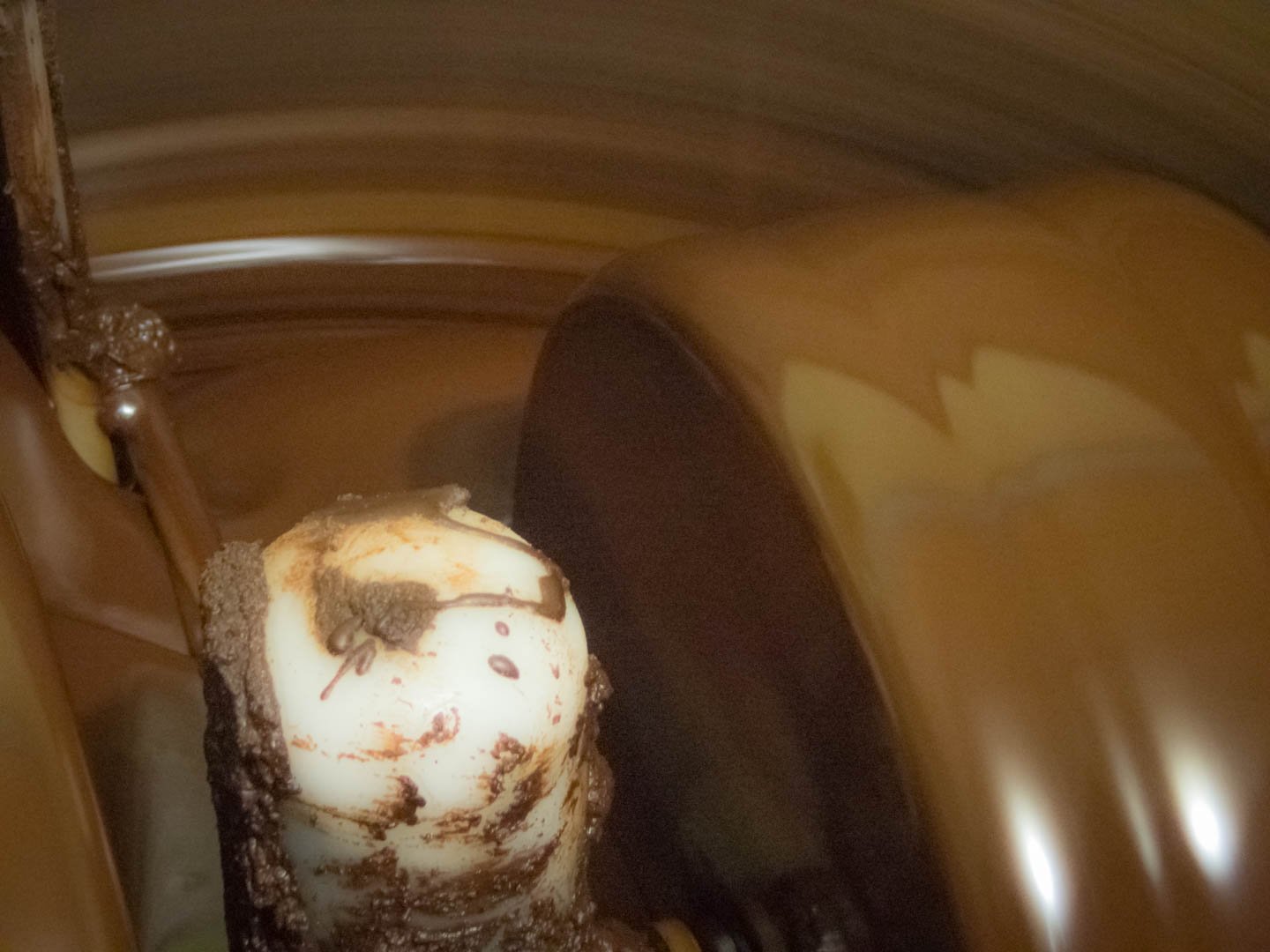 Then came the samples.

On this day, our taste buds met what would have to be some of the best chocolate we have ever tasted.

Despite the humble appearance of the source, true magic was created with hair driers and basic equipment in that simple farm building.

After a glimpse inside a fridge full of gourmet chocolate treats, we stammered…”we’ll take one of each, please”.

We should have bought two of each.

As souvenirs go, I’ll take a dozen chocolate bars over a crystal skull any day.