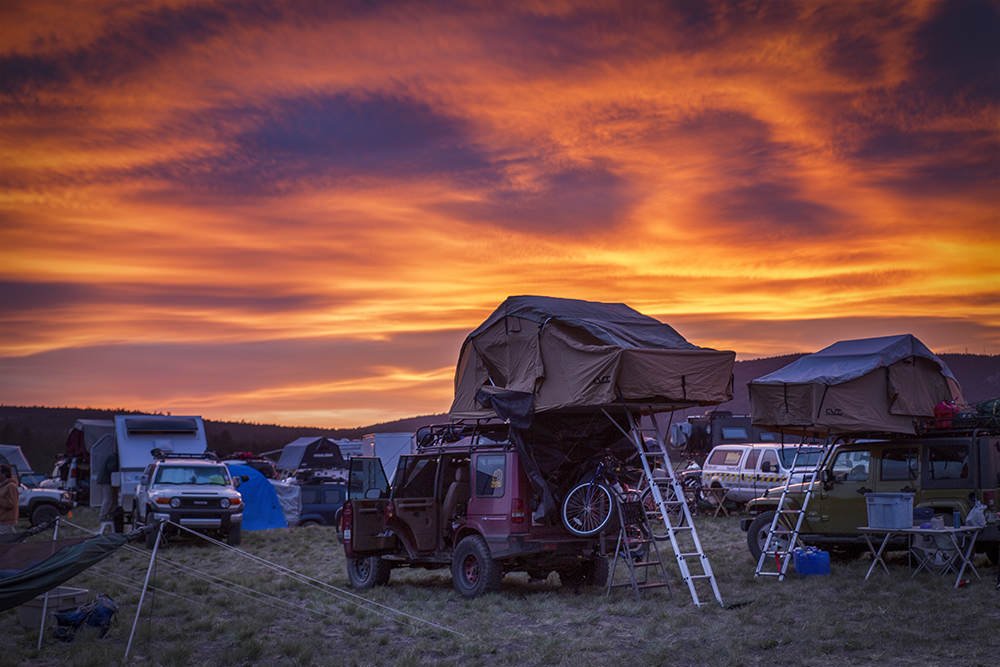 The main reason we stopped for 10 days in Arizona was so that we could drive up to Flagstaff to attend Overland Expo 2014.

For those who haven’t heard of Overland Expo (we hadn’t until we started planning this trip). It is a gathering of people who like to go adventuring in their vehicles. Whether those be 4WDs, motorbikes, or massive post-apocolyptic survival vehicles. 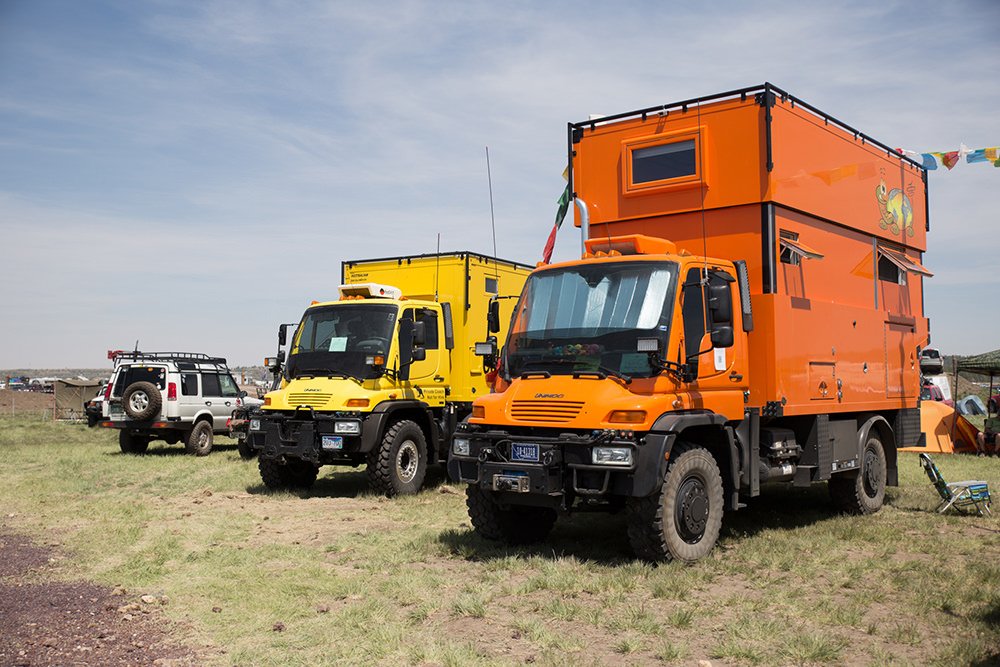 Prepared for the Apocalypse

We spent four nights camping at Mormon Lake for the Expo. Pitching our tent in a field with actual grass was a step up from the prepared surface provided at the KOA campground in Flagstaff. There,the top layer had been sand too loose to hold tent pegs and the bottom layer was made of stones too solid to hammer a tent-peg into.

Those in attendance included many who have already completed trips like ours and others who are still in the planning stages. Some people just grab a vehicle and go for it, others spend years building just the right overlanding rig and kitting it out with all the possible mod-cons and gadgets. 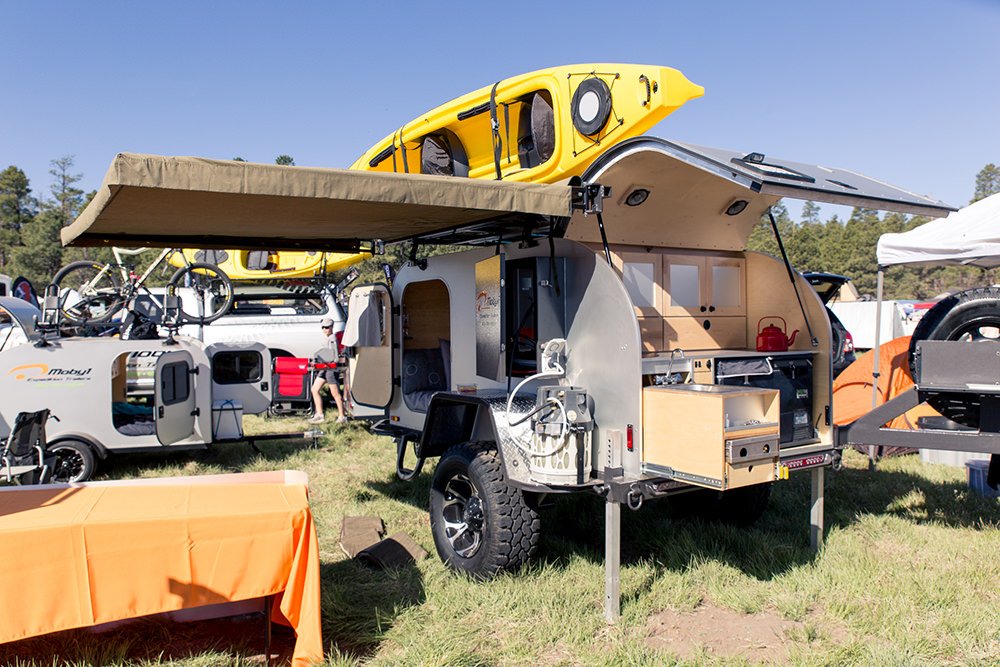 For us it was a great opportunity to meet other like-minded people and get some advice and inspiration from people who have already been there and done that.

We were glad to have the chance to meet up with Kiwi Panamericana who just finished driving the Panamerican Highway the opposite way to us (started in Argentina, finished in Alaska) and have since flown home. They introduced us to a few of their overlanding chums such as Ruined Adventures, Lost World Expedition and the Road Chose Me. We managed to track down Rhonda and Jim from The Next Big Adventure and check out their super-awesome truck camper. We also had the good luck to run in to My Overland Adventure who we just missed meeting up with in New Zealand before we left.

Many of these adventurers had advice for us since we were just starting out. The most common was “Don’t buy your vehicle in Alaska”.

Too late guys. Too late. But thanks. 😉

Another feature of the expo was the variety of classes on offer. We learnt about how to pack, what to pack, what not to pack, how to store our data, how to get wi-fi, how to fix what is broken on our vehicle, what horrible tropical diseases await in the jungles of Central and South America and how to find our way around.

We wandered around and looked at a lot of stuff we couldn’t afford, but would love to buy. A few things we can’t see any reason to buy. Some stuff we maybe could afford, but probably didn’t need to buy. And one or two things we may actually buy. 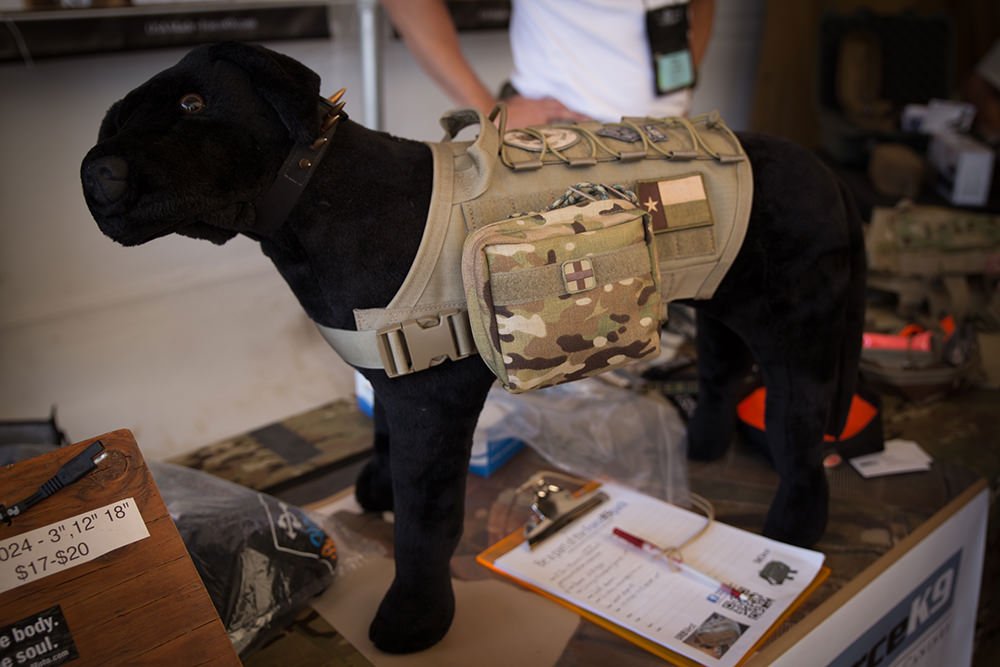 For example. We will probably not be buying this tactical vest for a dog. Ever. Although it is a cute idea…

Life Remotely also hosted a delicious ‘Cook meat like a caveman’ demo. Cooking is far from being a strong point for me. But I’m pretty comfortable with the eating side of the equation. So samples were appreciated. 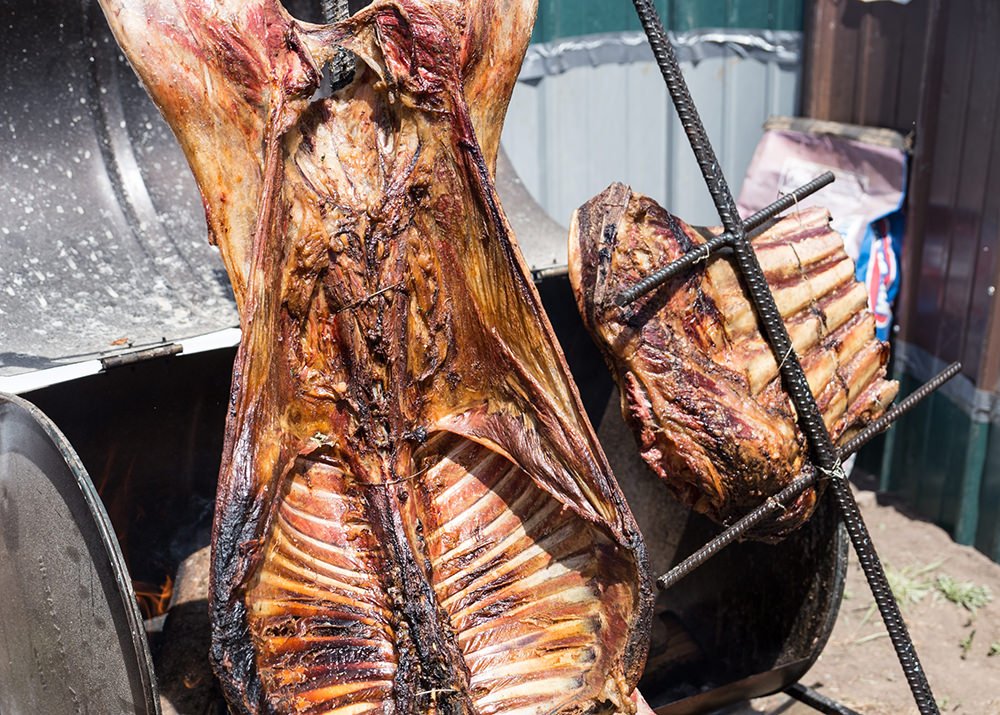 Speaking of food, which in this blog we often do, the walk around breakfast was a great opportunity to eat some actual food for breakfast. (Camping with no plates, bowls, utensils, stove, cups or food storage kind of limits your options). Also it was a great chance to walk around and meet some more overlanders and hear about their traveling plans and tales.

The Fire Department also attended Overland Expo 2014. This had nothing to do with the ‘Roast Meat Like a Caveman’ Demo as far as I am aware.

A starry night at Overland Expo 2014

People testing out themselves and their vehicles on the driving course

One of many fancy off-road options

There were plenty of off-road options that were much fancier than anything we had planned.

It was a busy weekend, but we came out of it feeling both marginally more prepared for our trip than we were and dramatically underprepared compared to some of the people and vehicles we saw. But there is no time like the present, so our next stop was Alaska, to start the journey of a lifetime…

4x4ArizonabeercampingclassesFlagstafffoodlearningoffroadOverland Expopeoplesunsettravelvehicle
« The journey begins
Impressive holes in the ground »