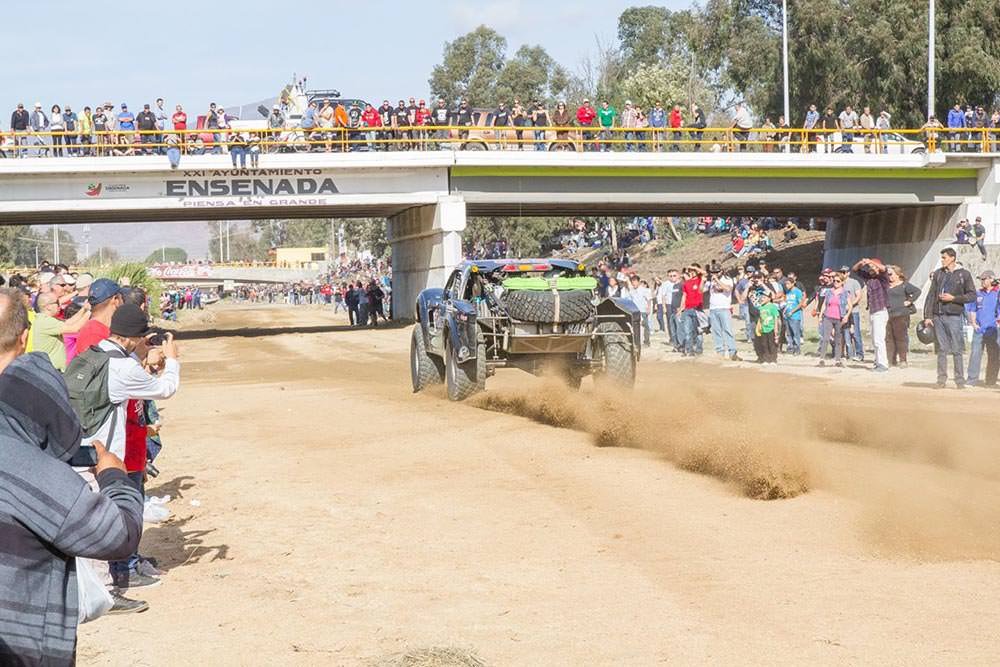 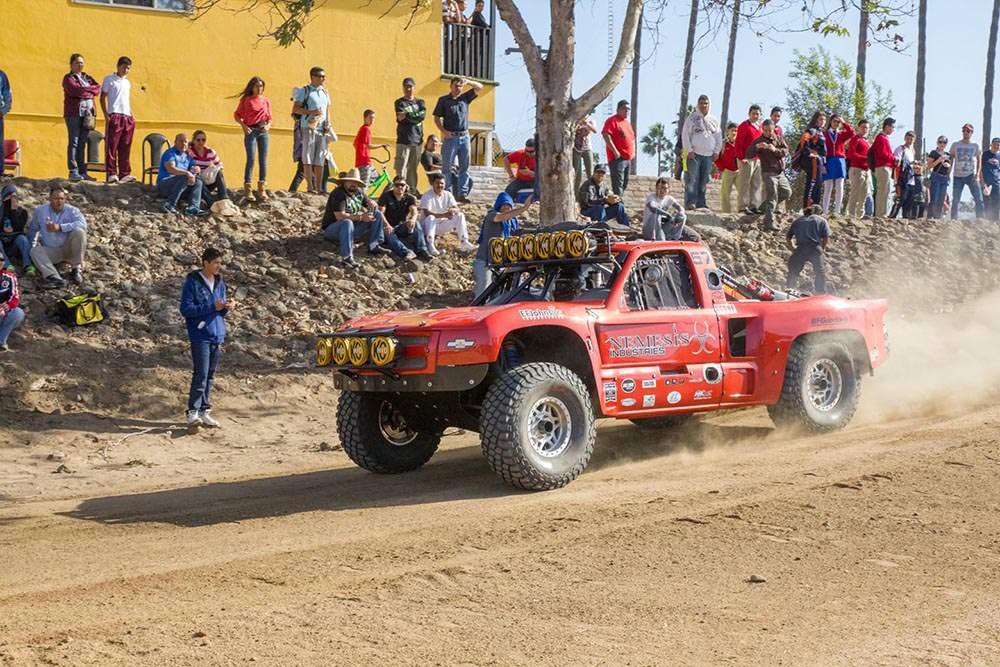 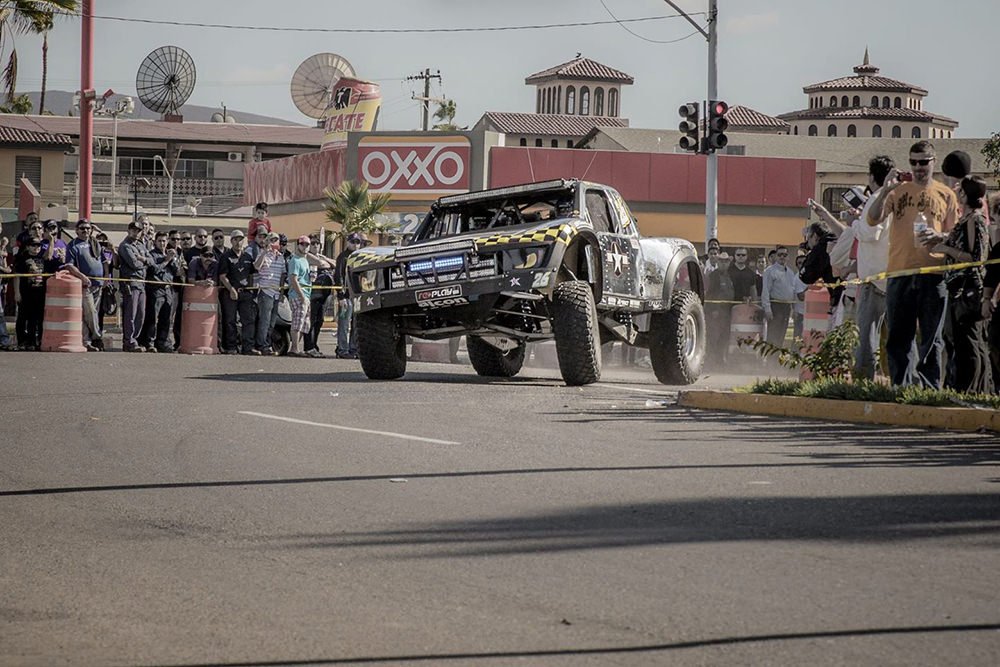 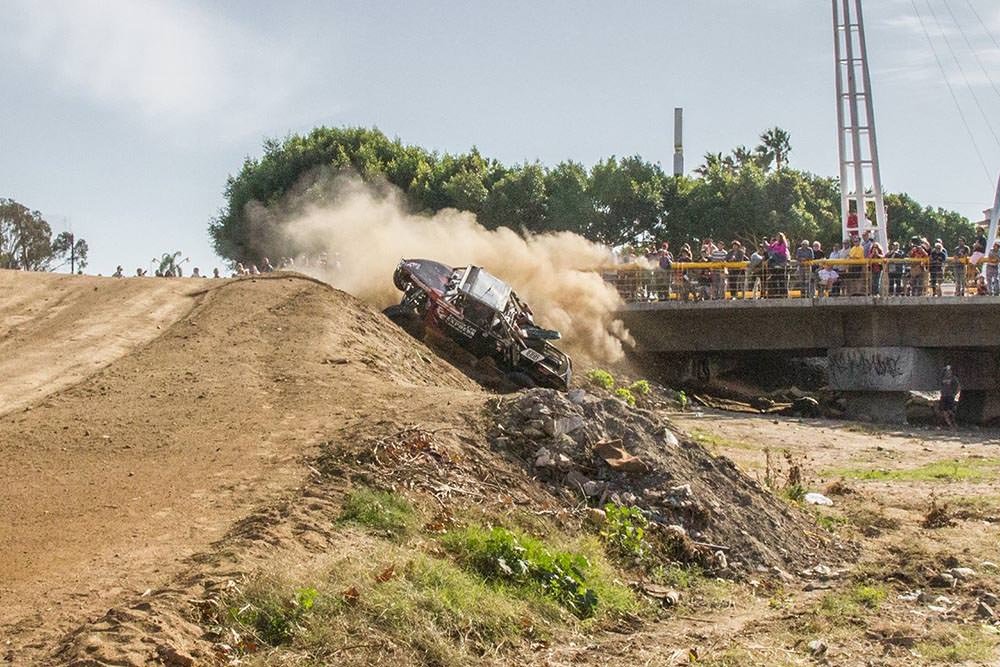 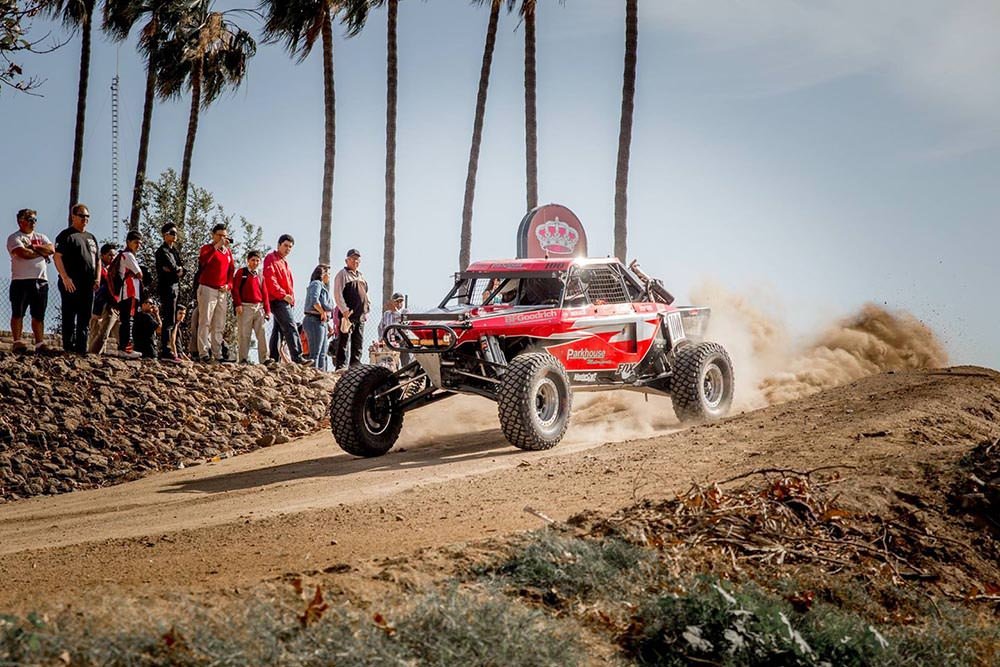 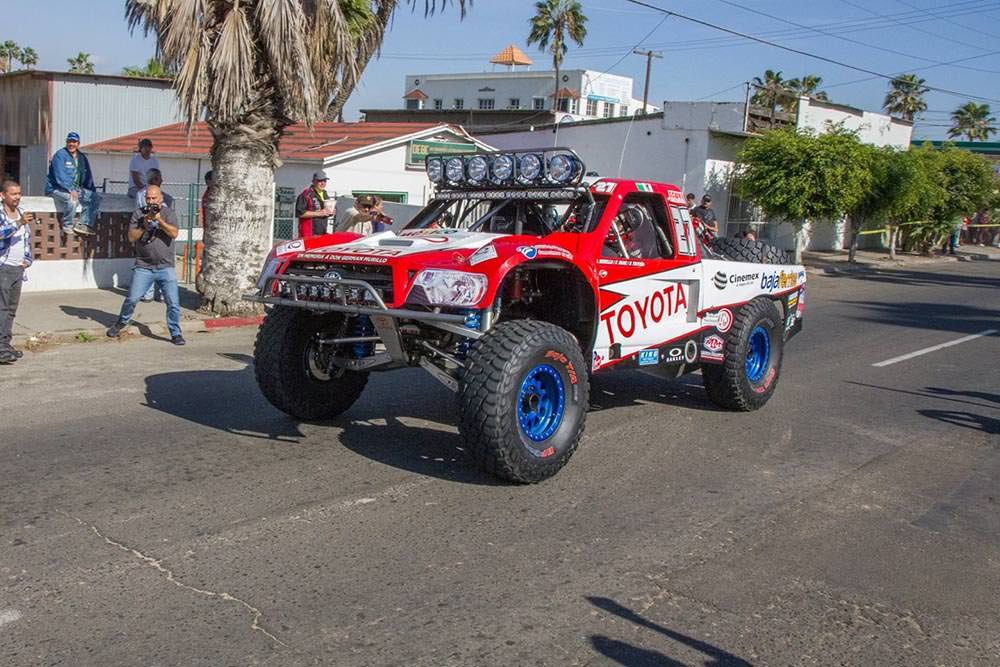 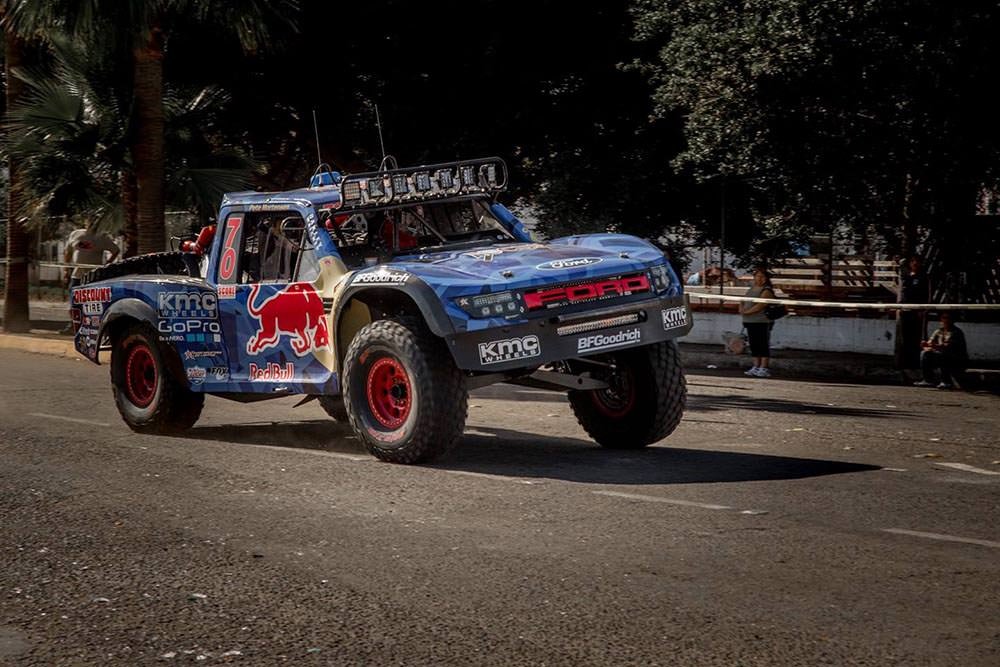 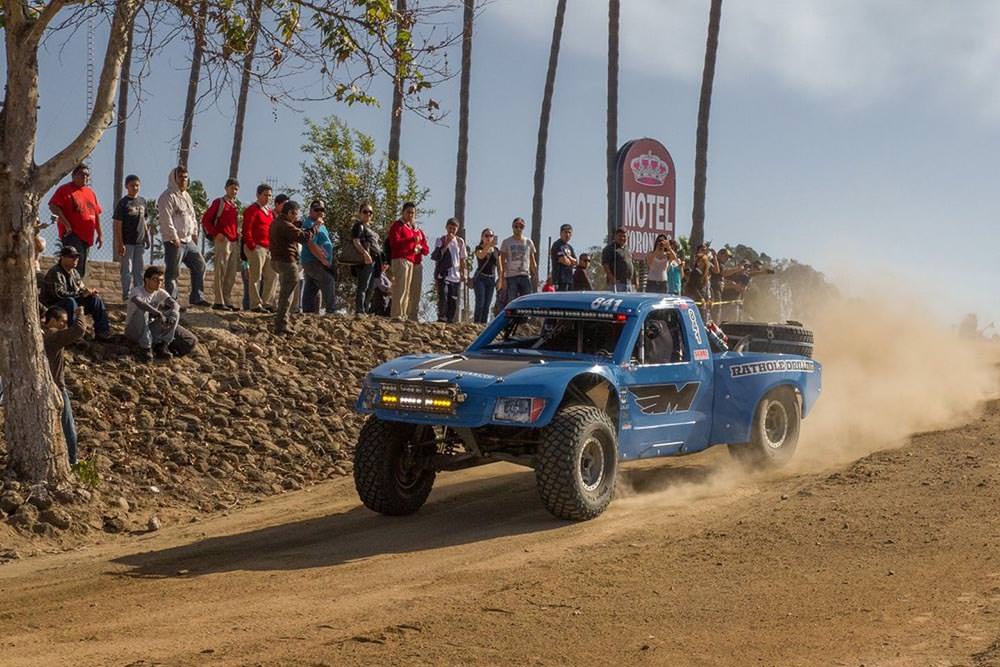 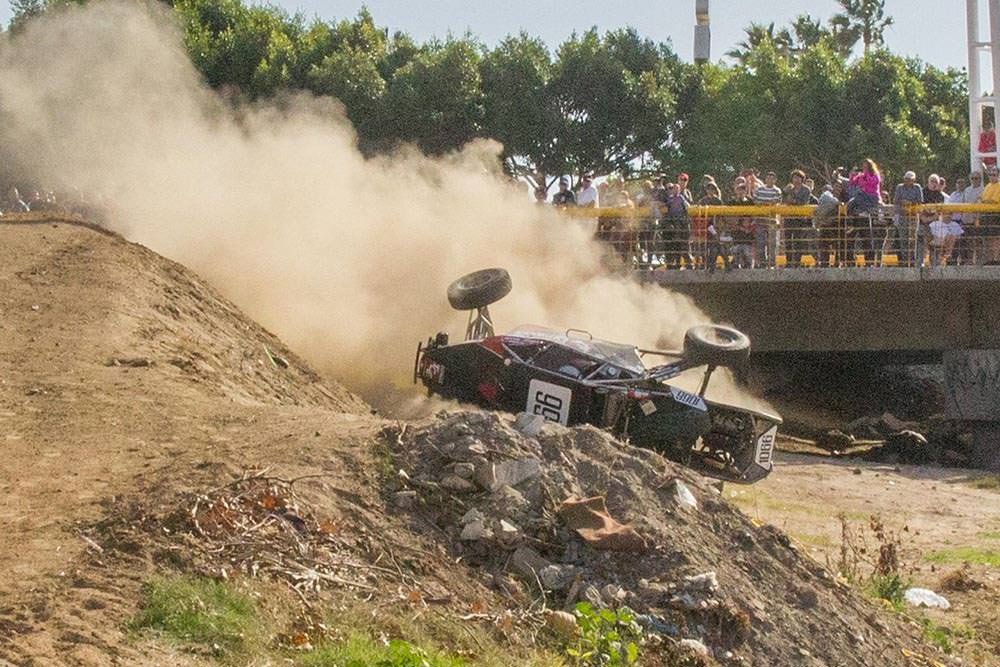 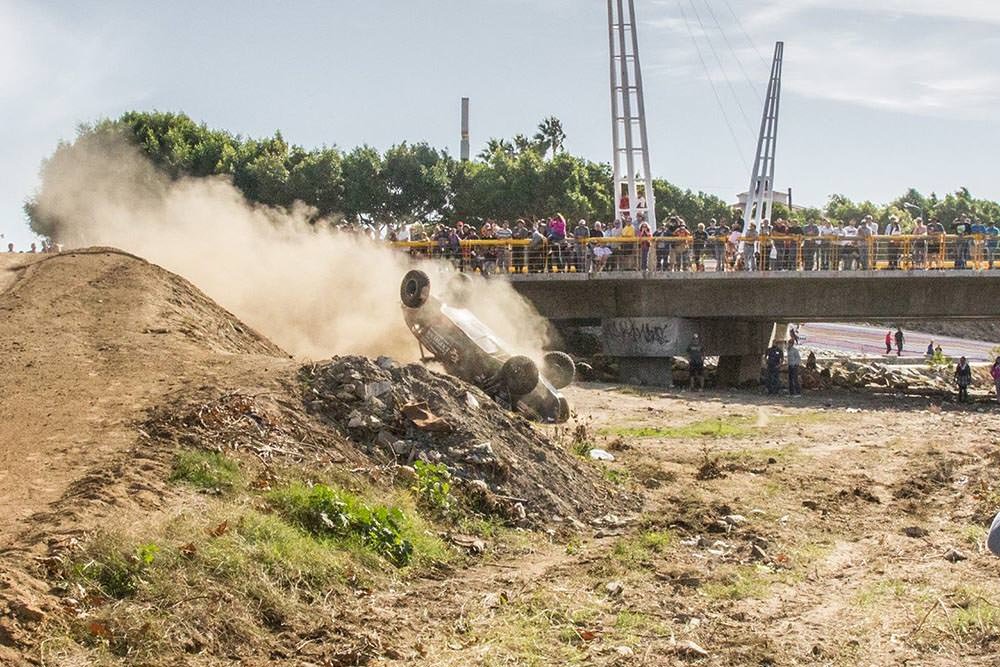 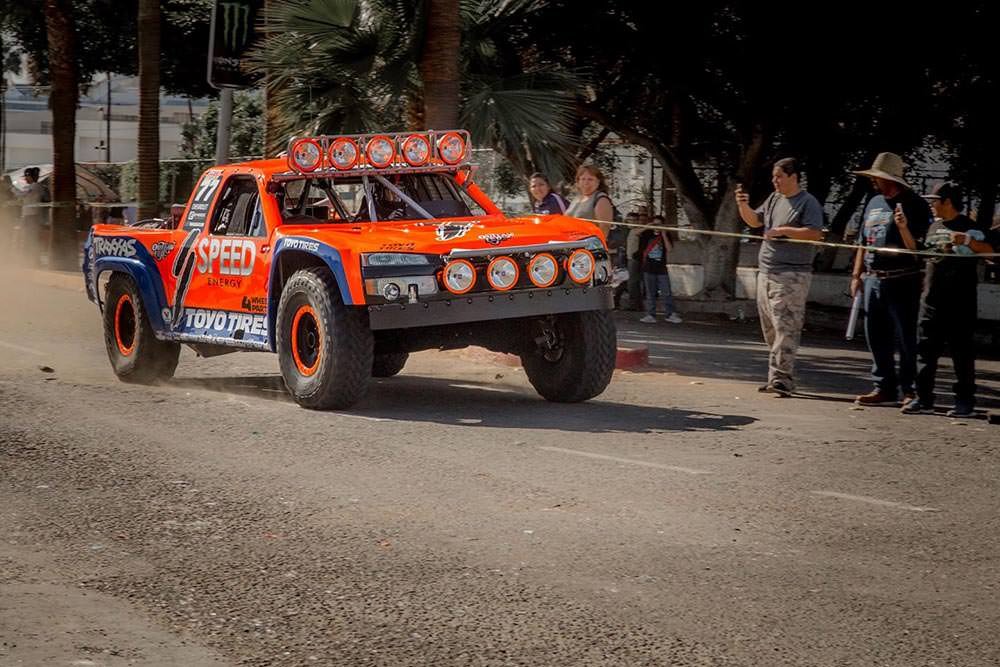 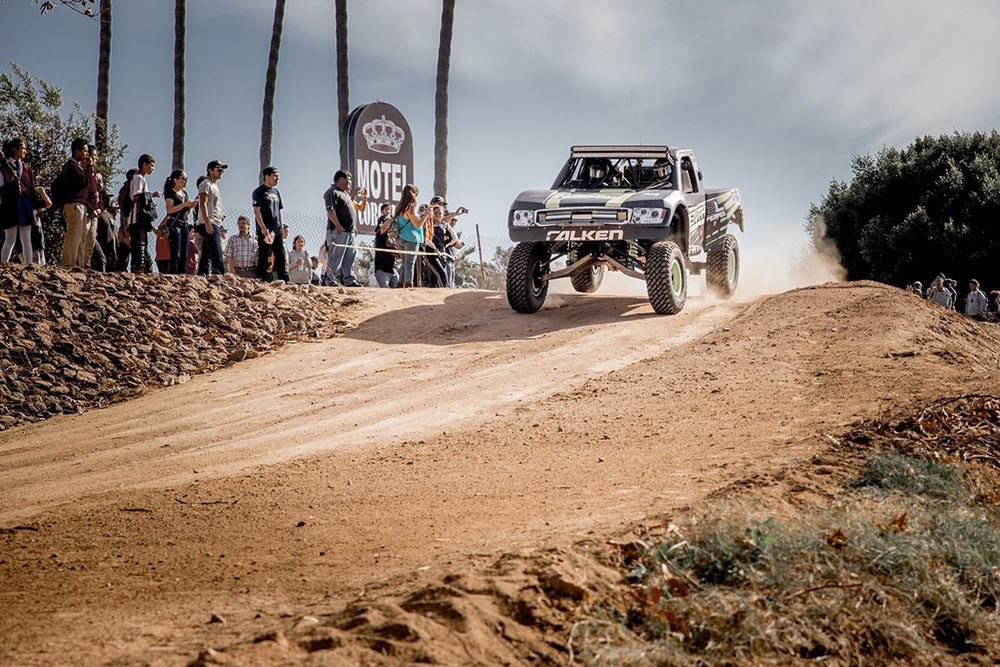 We were finally relaxing on the beach on the coast south of Rosarito in Baja. We had nowhere to drive, no visas due to expire, no interstates to contend with, no schedule, no maps and no plan.

We decided it was a good opportunity to go and watch some other people who were in a rush.

The Baja 1000 was due to start in Ensenada. The competitors would drive over 1000 miles of back roads on their way from Ensenada to La Paz. Something we were planning on doing over the course of approximately three weeks to a month. The lead cars would be finishing in about 24 hours. 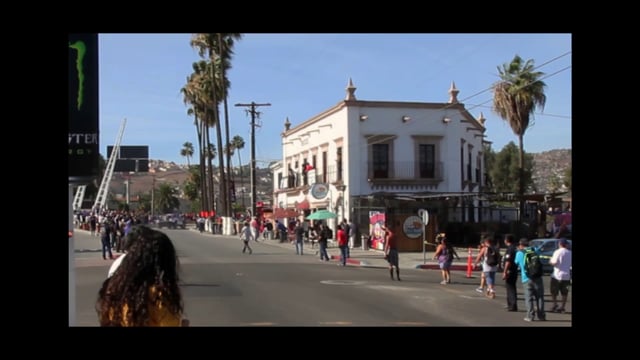 Watching the vehicles roar around the street section at the start of the race was all well and good, but we really wanted to see them tackle the dirt.

Enamoured by the complete lack of spectator health and safety regulation in Mexican motor sport, we found the perfect vantage point in a dusty, dry canal, just beyond the first corner onto the dirt section. It was here that we settled in for an afternoon of watching other people drive about like they had somewhere important to be. 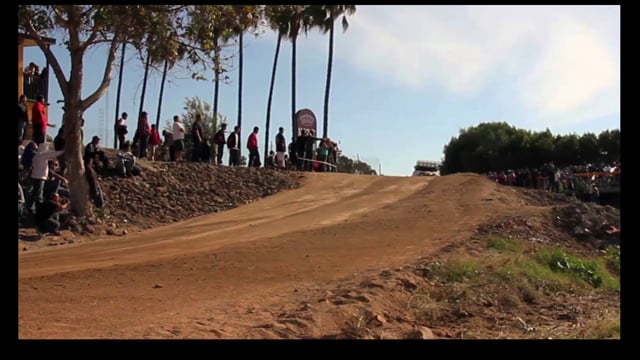