Our flight arrived into Anchorage shortly after midnight. As we had flown north it had become gradually lighter and lighter, so that by the time we were coming in to land we could see the rugged snowcapped peaks receding into the twilight. The excitement was building—we were finally arriving in Alaska.

Not being ones for grand starts however, we spent the first night sleeping in the airport. When I say we did, I mean, I (Emma) did. I slept for most of the flight there and slept on the seats at the airport. I’m a pretty skilled and competent sleeper, past successes include:

You get the picture—its not quite narcolepsy, but let’s just say I don’t struggle with insomnia. Ben however, doesn’t have my knack for falling asleep anywhere, so he spent a cold night at the airport waiting for it to be morning so that I would stop snoring. The same applied to the flight up to Alaska, but at least during the flight there was someone bringing him regular warm cups of tea.

We had booked ourselves in for ten days stay in Anchorage through AirBnB. The chap we had booked with (John) was out of town, so his girlfriend Merri-Lynn had offered to get us settled in his apartment. It turns out that getting us settled included generously driving out of her way to pick us up from the airport early in the morning. What a great start to our time in Alaska! We arrived to a warm comfy apartment with plenty of space, just a short walk to the nearest car yards. 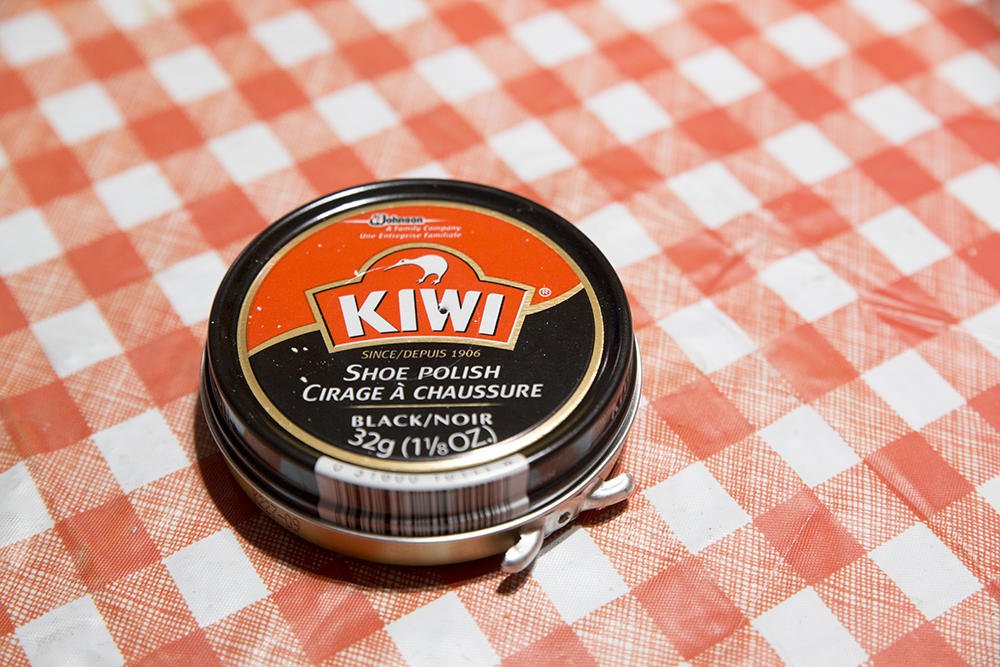 Here we hit a snag. When we looked at what vehicles were available in Anchorage before we booked our flight, Craigslist was awash with options. When we arrived in Anchorage. Those options were gone.

Turns out that all those people who had said. “ooh” with a degree of concern and despair when we told them of our plans to buy a Toyota in Anchorage may have been on to something.

We discussed a ‘Plan B’. It involved Canada and some expensive flights, so we weren’t really keen on that idea.

Our final hope off the original shortlist turned out to be a 2wd 4Runner. Can you even call it a 4runner in that situation? We both agreed against the 2Runner despite it being in good condition otherwise.

At this point, concern was setting in. We talked about our alternate Plan B (Not Canada, a 1962 Z28 Camaro) but we weren’t sure how that would go with a rooftop tent.

Then back to Craigslist. We had hired rental car so were able to expand the search radius.

A wee gem appeared on the list. Pretty much the same vehicle we had at home, but petrol, rather than diesel. Same colour, same model, manual, looked in good condition.

Two more options. The first was going cheap. Too cheap, despite looking good in the photos we didn’t hold out much hope. Rightly so, it was a smokey rust-bucket held together by string and duct tape. Clearly a Camaro was going to be the more sensible choice.

Finally, not wanting to expect too much we made the short 45 min drive out to Wasillia to view option two.

Our plucky wee rental car (a Prius) soon became known a ‘the Pretzel’. Neither of us really liked it at first (it took a quick Google to figure out how to even start the damn thing). 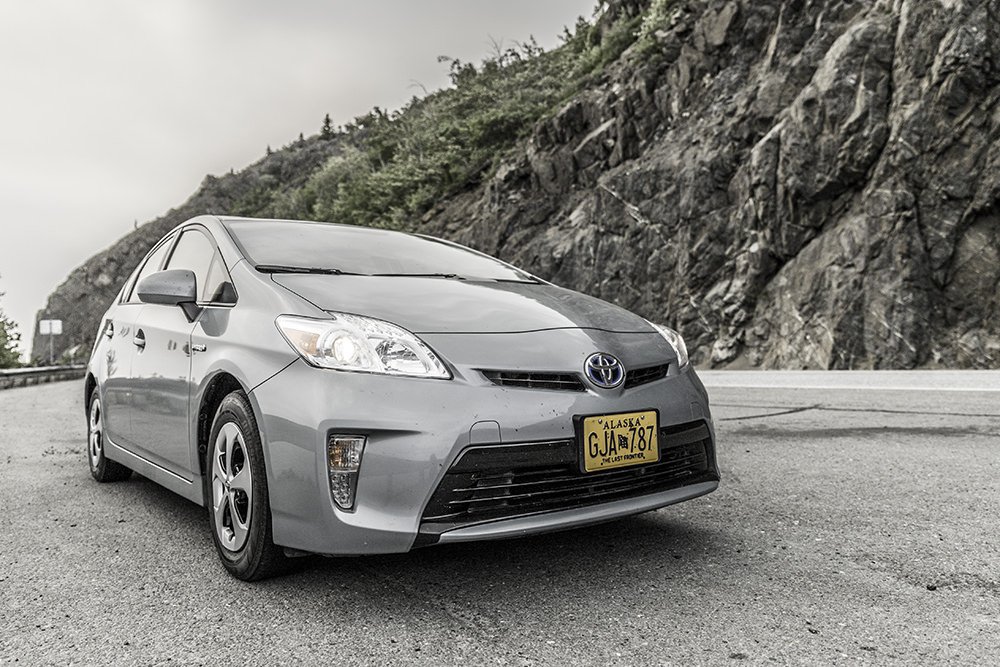 The vehicle affectionately known as the Pretzel.

I grew to admire it’s plucky enthusiasm despite not being a real car. Ben never really warmed to it, because he didn’t quite fit within its plastic driving cocoon. 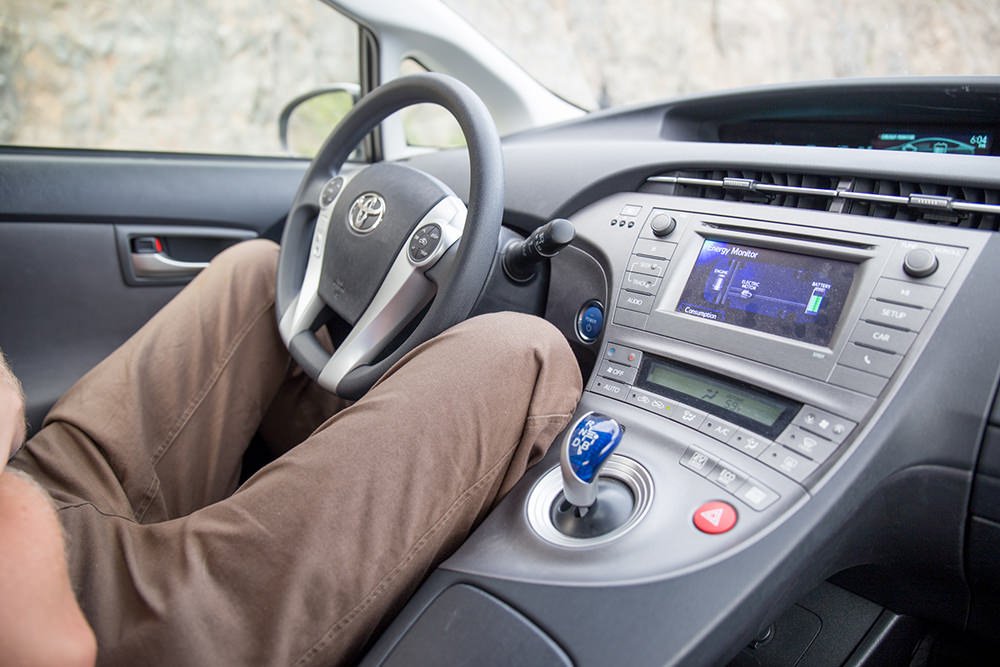 The not-so-generously sized interior of the Pretzel (Prius)

Nonetheless, the wee Pretzel got us out to Wasilla to view our most likely shot at a vehicle—a stock standard, rather unassuming 2001 4Runner.

Hoping that this one was not held together with duct tape or strategically photographed from the non-rusty side, we waited in the carpark of Three Bears for its arrival. As it rolled into the carpark, we exchanged a hopeful glance. A quick inspection of the vehicle yielded equally hopeful results, followed by a spin around the block. Before we knew it we had agreed on a price and were shaking hands on a deal. The search was over.

Pending international bank transfer the 4Runner was ours.

Unfortunately being a Friday here it was already Saturday at home so the bank transfer wouldn’t be processed until Monday New Zealand time, by which point it would be Memorial Day in the USA. So we spend a very uneasy few days while waiting for it all to be processed.

Proud of our new wheels we boldly rolled up to the DMV to change the title. Only to be told that we couldn’t change it over. Due to an error on the transfer form, there was to be another delay.

Finally, one week after first viewing the vehicle we were walking out of the DMV holding the title to our new Four Wheeled Ticket to Freedom! And a parking ticket. But you win some, you lose some. 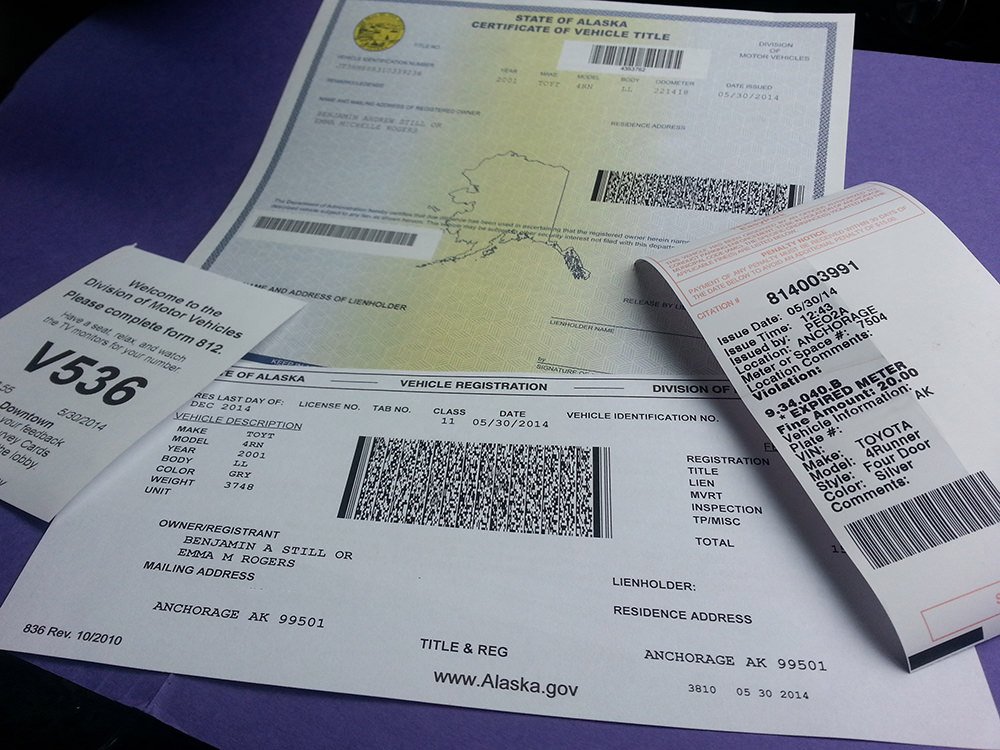 By this point our days left at our booked accommodation had run out. Fortunately since we still had a few odds and ends to sort before hitting the road. Merri-Lynn allowed us to stay at her place for a few days. She was an amazing host, taking us on an art tour of her house (yes, she really had that many paintings, many from very talented family members and a few of her own quality photographs in the mix). She also had some very friendly cats. Since we were missing the company of our hairy cat-beasts, this made us feel quite at home.

After a few days there we were feeling rather relaxed and were wondering what kind of mad people we were for planning to live in the back of a vehicle for 18-24 months. This made us realize that we are big sissies and like comfort.

In an attempt to increase the comfort levels in the vehicle we did two things:

With the extra couple of days to get ourselves sorted, we were ready to roll. Embarking on a trip around the Kenai peninsula while we waited for our rooftop tent to arrive in Anchorage. 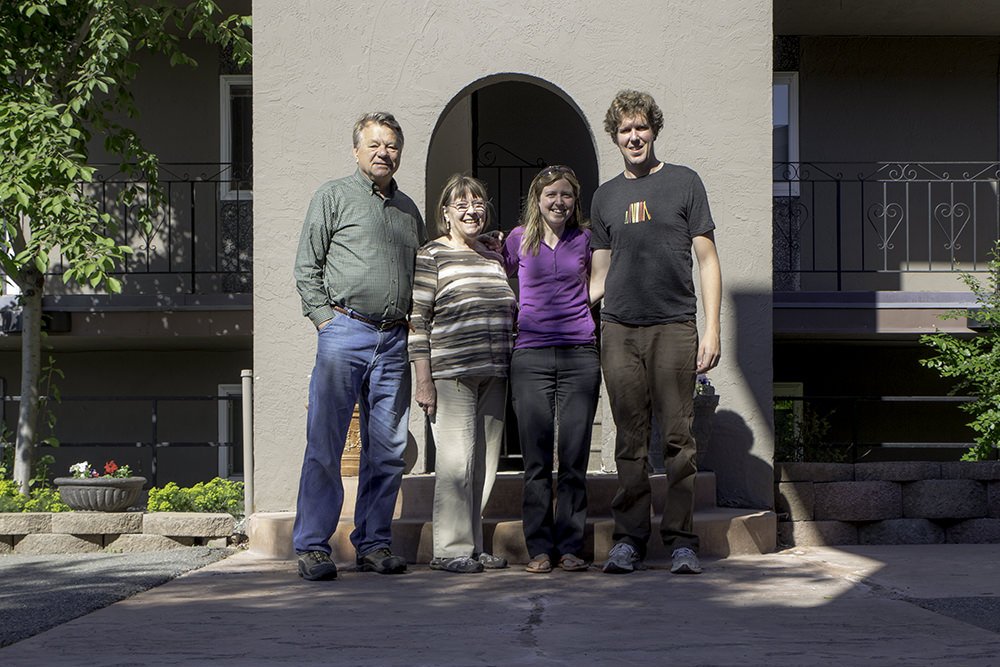 Parting ways with Merri-Lynn and John, it was tempting to find a reason to stay, but it wouldn’t be an adventure if we just stayed in one place now would it?

Nights initially spent in Anchorage: 14 if you count the one at the airport

Milk duds: Not all they are cracked up to be really.

Peppermint Patties: Kind of expensive, but how could you not love them

Anchorage Museum: This museum is choc full of fascinating exhibits, one afternoon is not enough to do it justice, we probably should have gone back. If you are in town while the gyre exhibition is still on, take the time to check it out, you will feel guilty about every bit of plastic you use, but you probably should anyway. The hands on science rooms are possibly intended for children, but no one judged us for trying out the air cannon and trying to blow bubbles large enough to climb into, although the noise from getting maximum air with the bottle rocket may have raised a couple of eyebrows. Give it a go.

AirBnB: Accommodation in Alaska in summertime is very expensive, we opted for AirBnB for affordable accommodation. If John or Merri-Lynn have their spare rooms available, you should contact them

Anchorage Zoo: The zoo houses various critters that for a variety of reasons (injuries etc) are not suitable for release into the wild. The zoo gives you a good opportunity to see wildlife up pretty close that would otherwise be better to only see from quite a great distance.

Midnight Sun Brewing Company: Quirky spot for a few beers and lunch, busy in the weekends, but some of our favourite Alaskan beer so far.