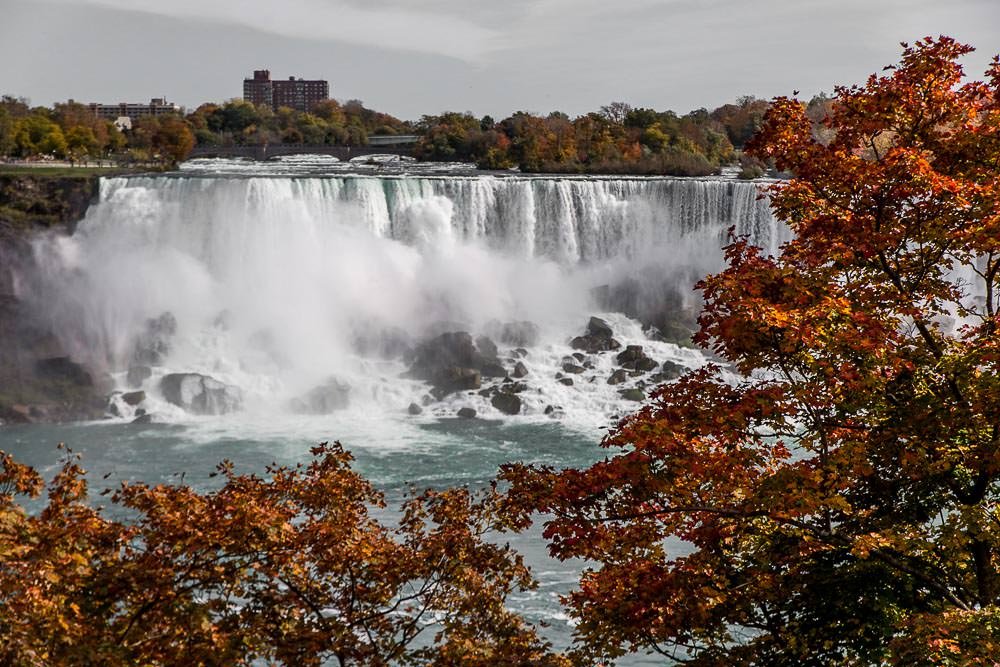 What is the shortest way from New York City to Tijuana?

Well, aside from flying, it still probably isn’t via Canada. But that is way we went.

As it happens, even driving straight to Canada from New York City seemed far too straightforward. So we started by driving the scariest roads New Jersey had to offer.

First stop—Shades of Death Road. Based on the name alone, you can clearly see that this is exactly the kind of place for a nice relaxing afternoon drive. Especially leading up to Halloween. Sounds delightful. 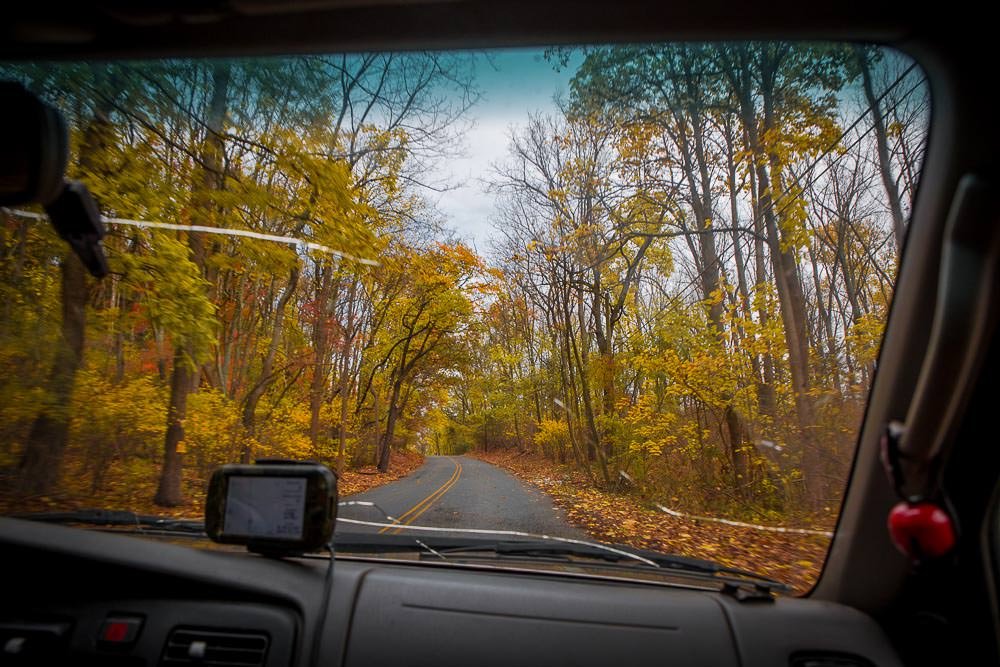 This road is reputed to be the site of several grisly historical murders and the obligatory resulting hauntings. Driving past such things as haunted ghost lakes, abandoned nightmare stables and spooky apparition-packed forests—well, it wasn’t really that scary.

We were short on time, so drove through on a peaceful autumn afternoon and we didn’t stop that often to try and rile up the spirits. So it was actually just a pretty scenic rural drive.

I’m sure if you visited in the middle of a misty autumn night and spent more time at the different ‘haunted’ locations en route it could all seem a bit spookier. 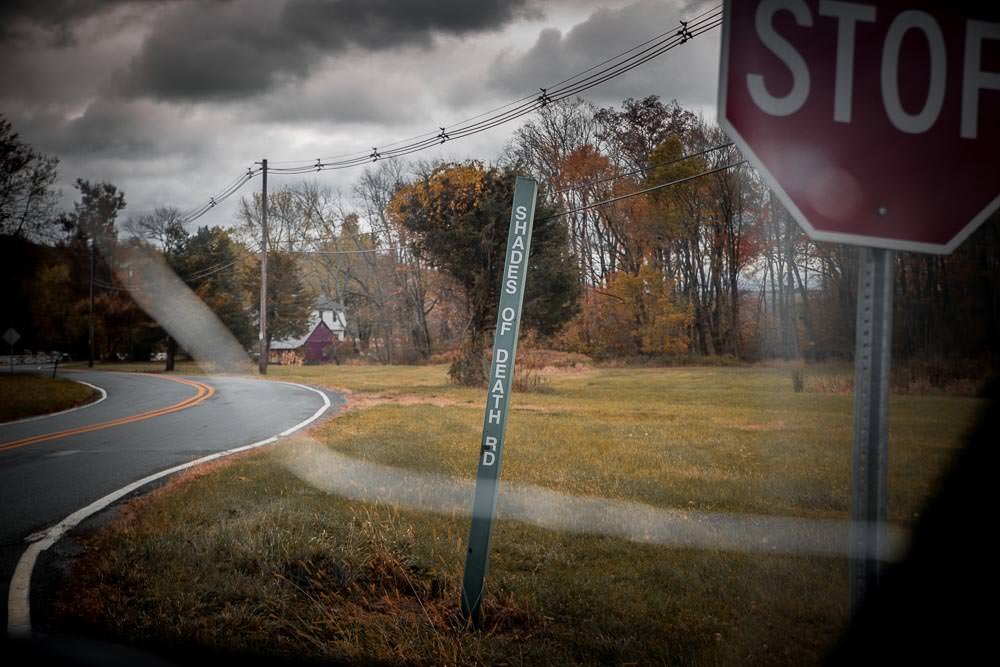 Does look a little creepy though…

From the ominously named ‘Shades of Death’ road, we struck north for the less ominous sounding, but reputedly more haunted ‘Clinton Road’. 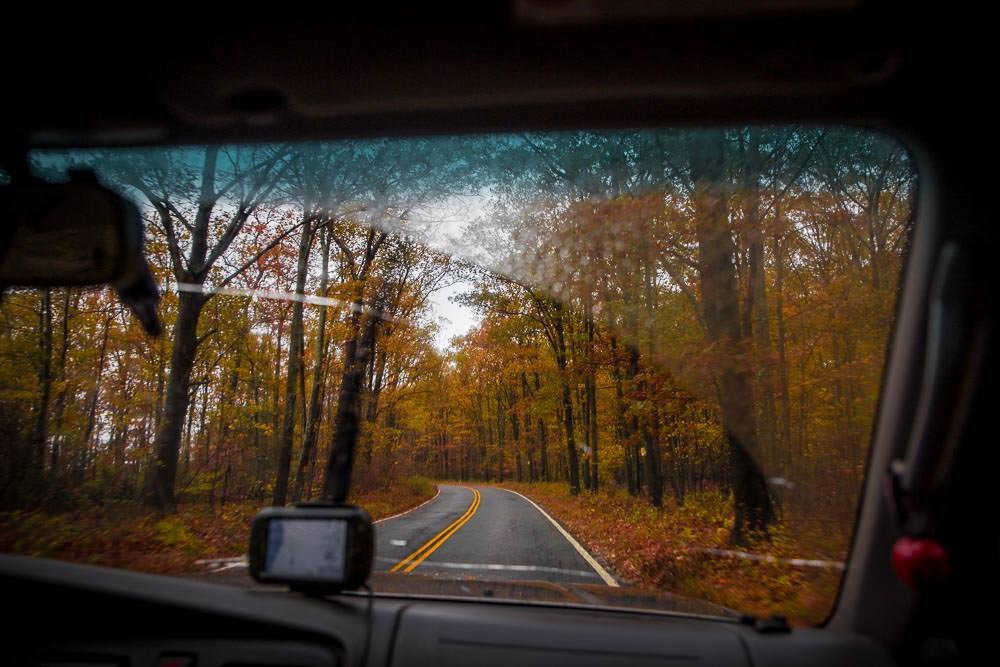 Another pretty tree-lined road with a dark history. Rumoured to be haunted by the infamous ‘Ghost Boy’, as well as the driver of a ghostly Camaro, spooky glowing lights and apparitions of park rangers. Legend also describes parts of this road as sites for various occult rituals, the home of weird creatures—descendants of escaped zoo animals and even the burial ground for the bodies disposed of by a professional hit-man. 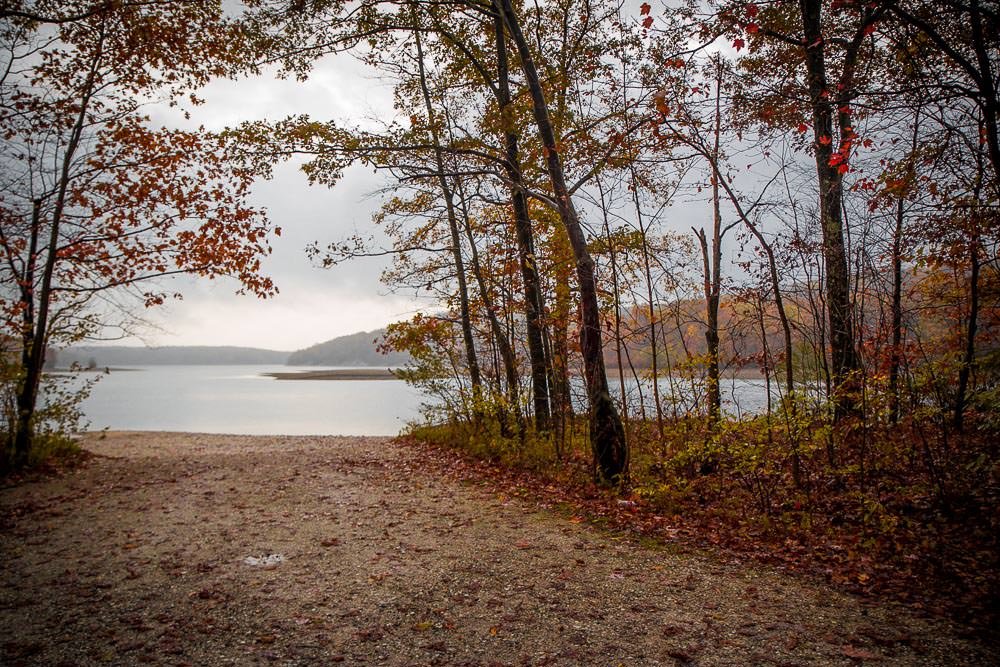 All of these things combine to create what is considered by some to be one of the creepiest places in the United States. I don’t know about that, it was quite pretty. Rather peaceful. I guess you could say too peaceful… 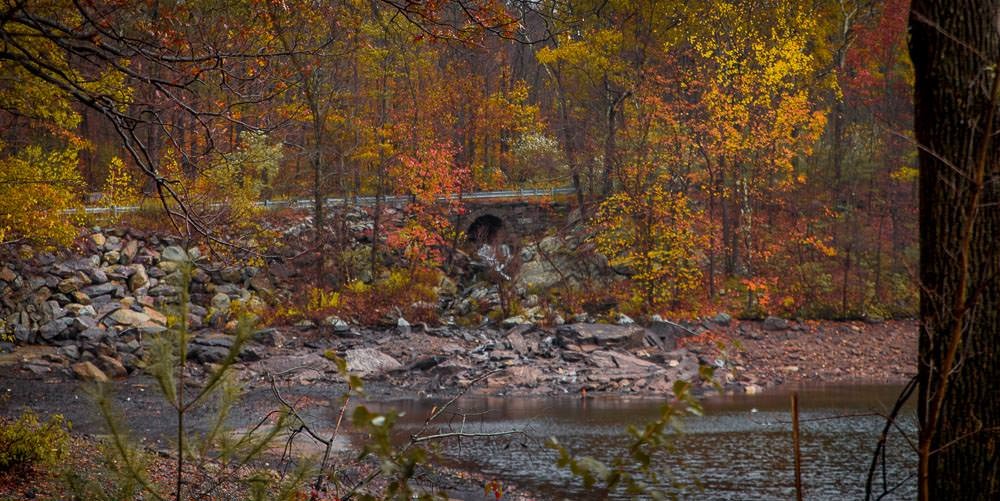 The closest we got to any kind of haunting encounter was that as we travelled along the road, it did become mysteriously dark… 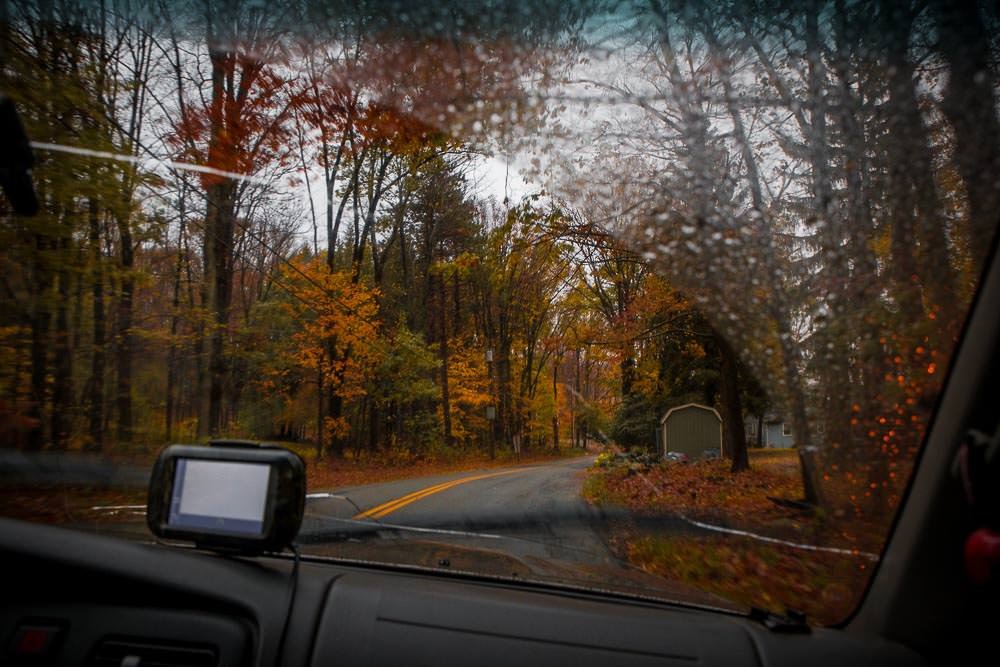 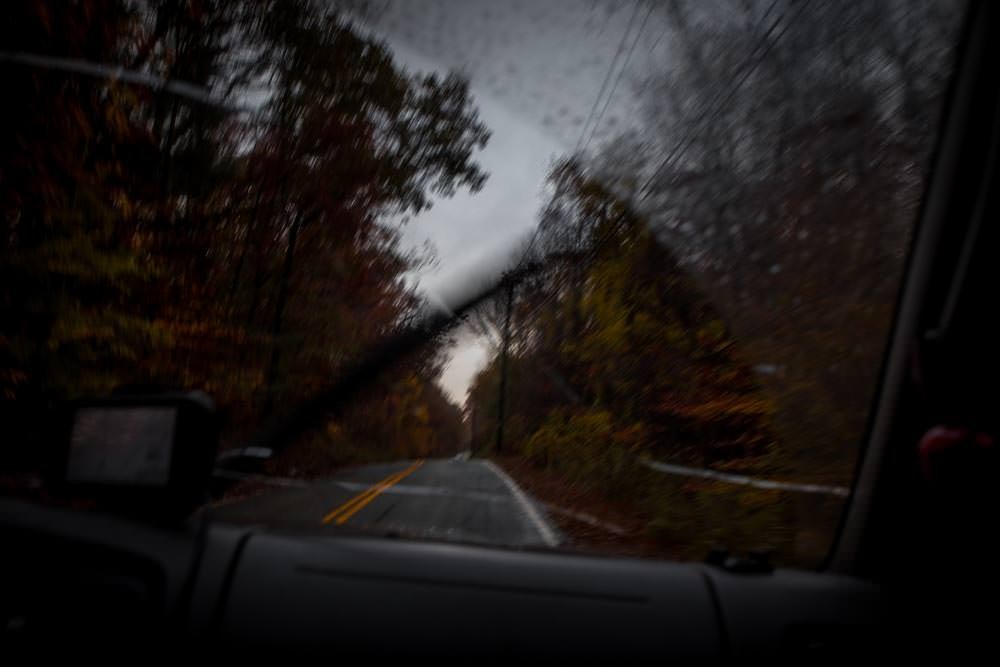 Which, at the end of the day, isn’t that uncharacteristic, but it was still a few hours before sunset. If that isn’t spooky enough, the day got lighter again as soon as we left the road.

Of course that could have a lot more to do with a partial solar eclipse occurring behind the cloud cover than the road itself. (Yes, we googled solar eclipses to check afterwards just to make sure we weren’t going mad—or being haunted.)

So sorry New Jersey, but the Clown Motel was much creepier!

There was a point to following these roads, aside from trying to give ourselves nightmares. They were slowly bringing us north.

“North? Buy you keep harping on about how your visas were running out and you needed to get to Mexico!” I hear you say.

Well, yes, this is true, but we wanted to see Niagara Falls.

After a long drive late into the night, we set up camp just down the road from the falls, allowing us a full day to explore one of Mother Nature’s slightly damp wonders. Even leaving enough time for a day-trip to Canada.

We were issued stylish ponchos on the American side of the falls when we signed up for a boat trip on the Maid of the Mist: 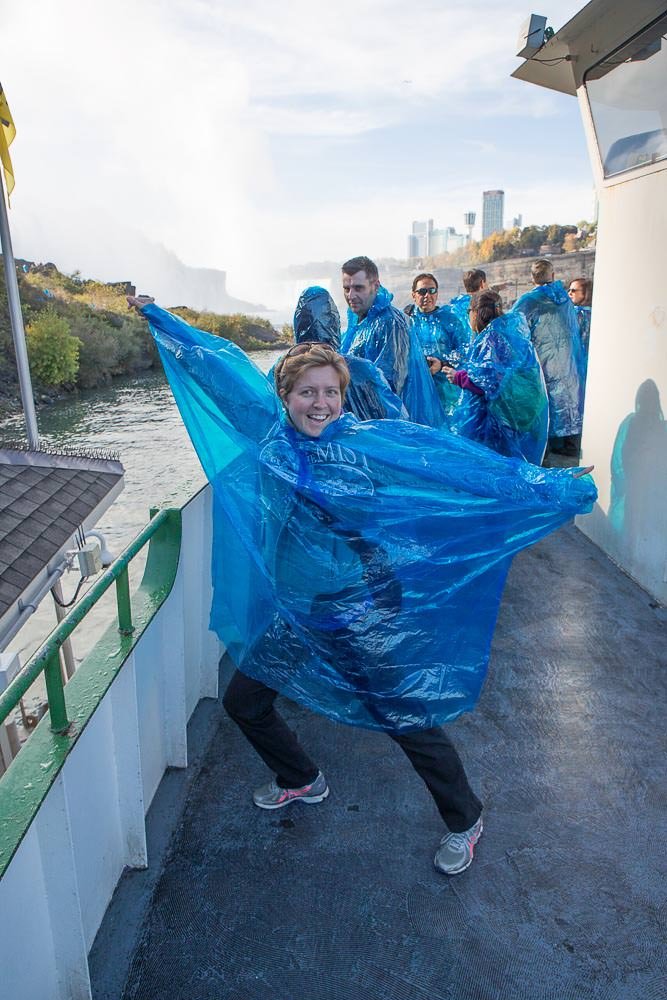 Emma was pretty stoked with the poncho. 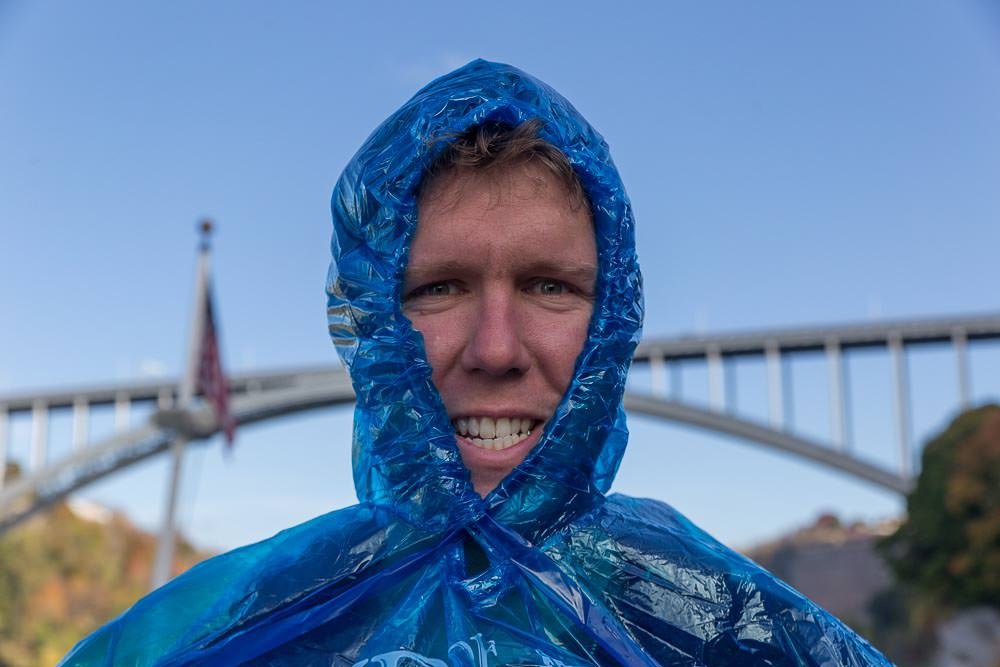 Ben was not quite as convinced.

But we were both impressed by the thundering power of 168,000 cubic metres of water a minute losing the fight against gravity in the most spectacular way.

Not satisfied with one look at the spectacularly churning cascade—we hopped across the bridge to Canada for a different view. 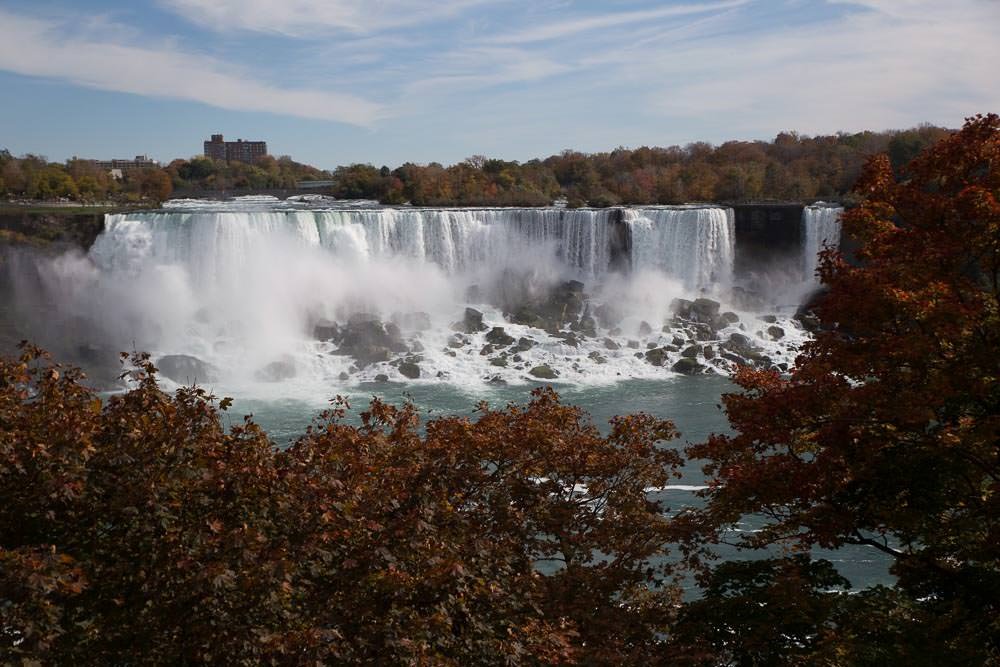 It was pretty clear that the Canadians offered a similar boat trip, but with different coloured ponchos:

Although it does look fun, probably not necessary to do it twice in one day.

But what Canada had that the USA did not, was a tunnel behind the falls and a viewing platform so close to dramatic horseshoe falls that more ponchos were issued. (We had previously given our United States supplied ponchos to some damp-looking tourists on a viewing platform close to the churning base of the American falls.) 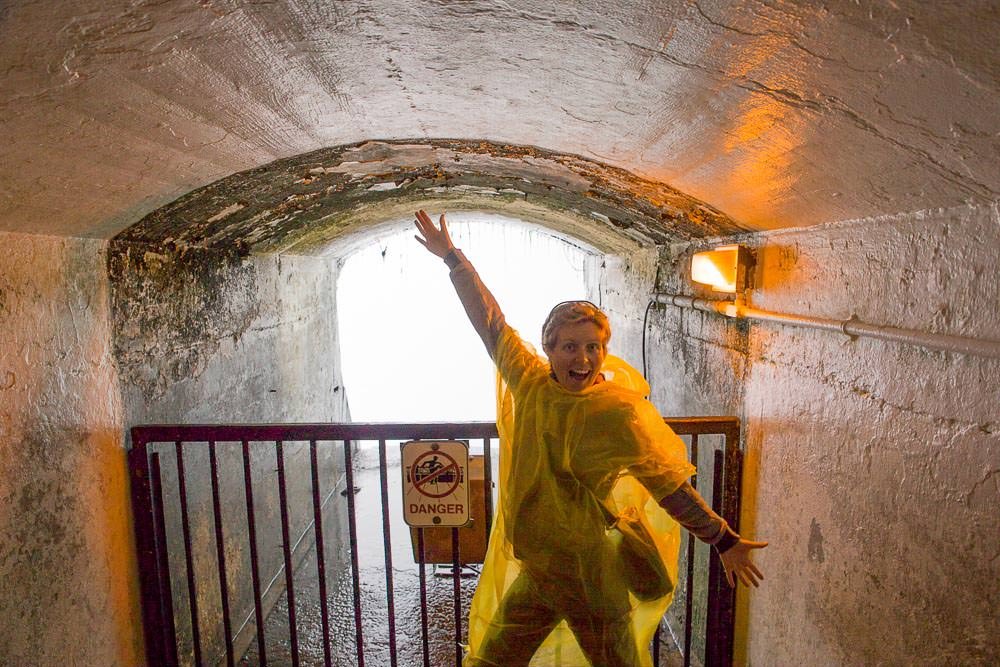 Yes! New poncho! Standing behind the roaring curtain of water rushing over the Horseshoe Falls. 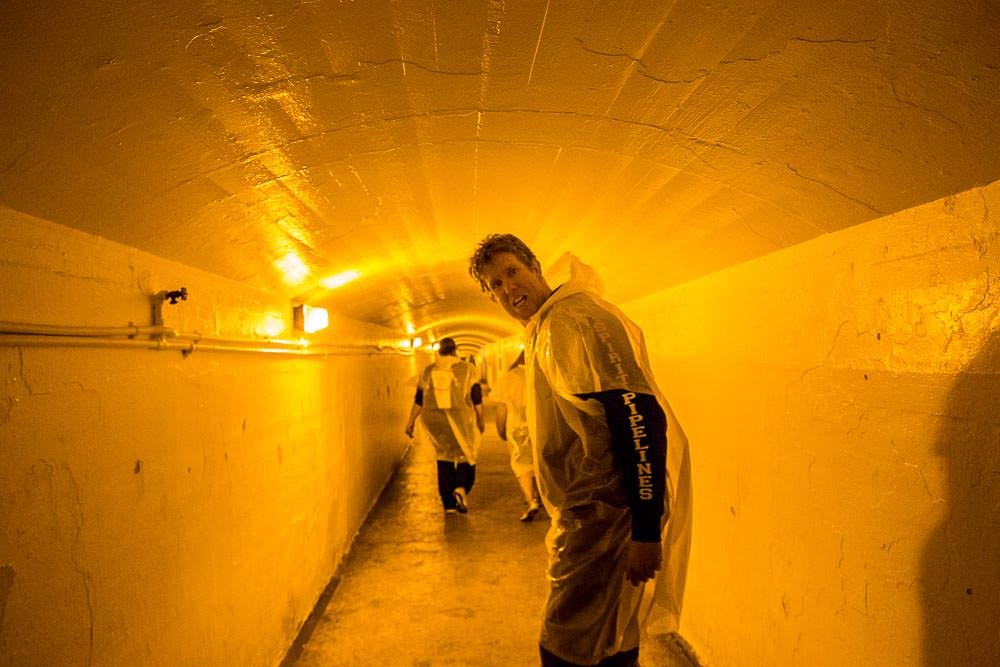 Wandering about the tunnels behind the falls. You don’t see much, but it is still pretty neat. 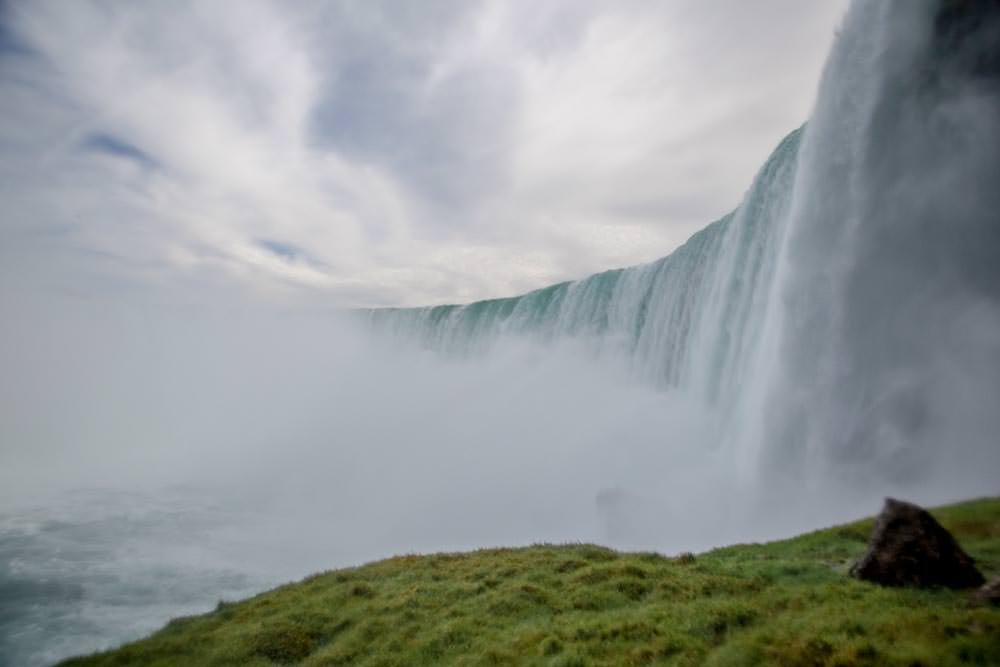 We had just been wandering around behind all that water. 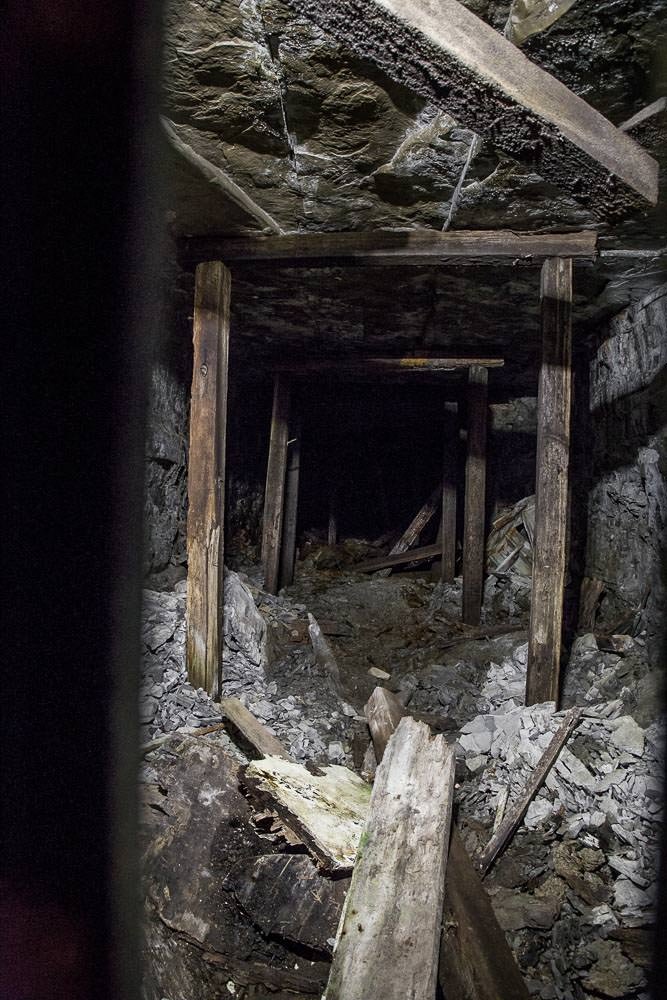 Luckily the tunnels we were in appeared to be more sturdy than this one.

We were just wandering around behind all that water. 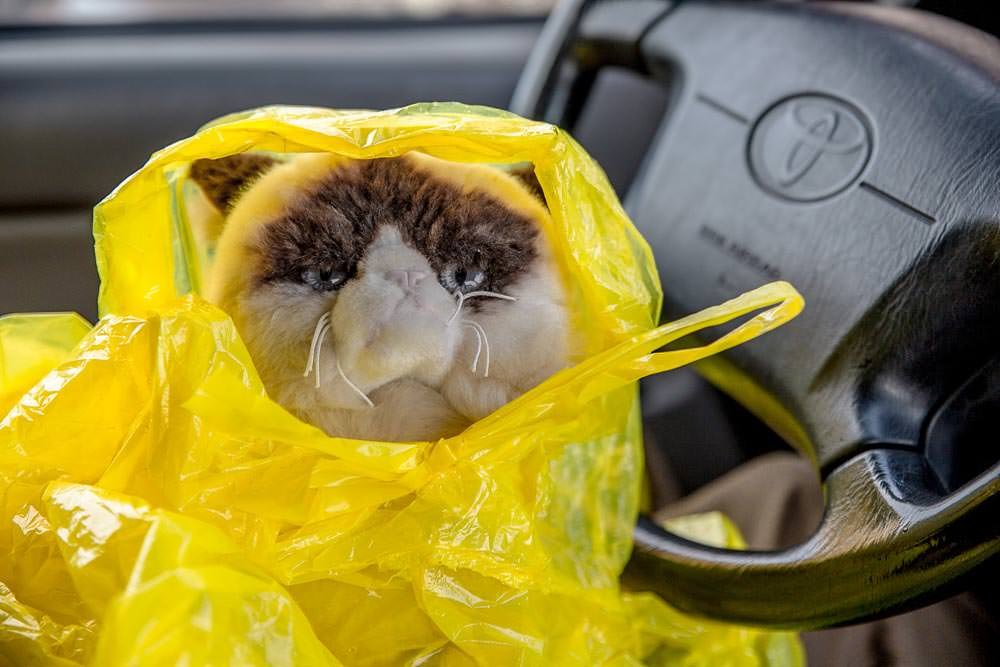 Our mascot, Frank was not particularly impressed with the ponchos…

So obviously after all this excitement it was straight to Mexico… right?

Well straight-ish. There’s always time for sightseeing on the way.